How IBC stays ahead of the curve 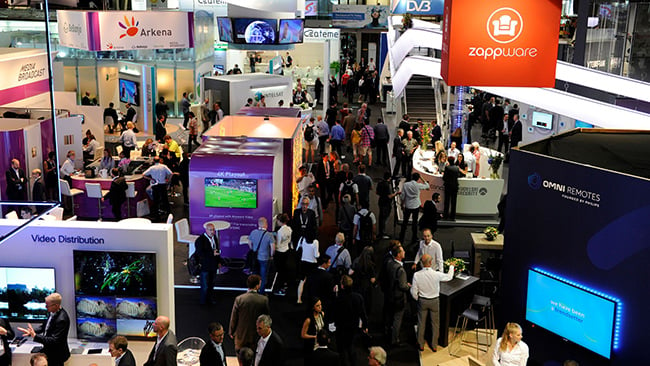 IBC is a pivotal point in the calendar for anyone involved professionally in content creation. That we now talk about “content creation” as opposed to “Broadcast Technology” is just one hint as to how far IBC has come from its first show in 1967 at Lancaster Gate in London.

Back then, there was no digital. Colour TV had just started in the UK (ten years later than the US, but with a better system). The idea of editing 4K video on a telephone would have seemed absurd - like a bad science fiction script.

After a brief flirtation with Brighton, on the UK’s South Coast, IBC moved to the RAI in Amsterdam. It’s been there ever since, and to regular visitors, it feels like a second home.

IBC is still growing, despite, or, more likely, because of the tornado of technology that is convergence.

I spoke to Mike Crimp, CEO of IBC. I asked him what is driving IBC forward.

“Screen-based technology, as you’d expect. Bigger and higher resolution (ie 4K and 8K). And the extension of delivery methods. Where IBC was originally a broadcast show - now you can receive information on connected devices.”

"5G will be an important development: very high bitrate, constantly connected, and mobile. It will be transformative. It is seen as an enabler of media technology in the future - and of the digital economy.”

Telecoms infrastructure is obviously needed to make this happen and for this reason, telecoms companies exhibit at the show and take part in conferences.

IT is now core to media production and as cloud services take-up increases there’s a focus at the show on security.

IT convergence is having a seismic effect in Live TV production where Video Over IP slowly but surely becomes the preferred option. Transparent interoperability remains a goal and the latest developments will be on show.

New developments in media often come from unexpected directions, so IBC has invested in bringing in new audiences with their New Markets program.

According to Mike: “IBC’s role is between a facilitator and a leader. While technology is converging, applications are diverging into vertical markets. IBC has brought telco and IT people into help visitors understand how people and companies can make money from the new opportunities”.

“For example: How can you exploit the craft skills that are needed? You won’t see a great big VR zone at IBC: you’ll see a stage where experts are being asked to discuss what the creative and business opportunities are for VR.”

I asked Mike how companies were coping in this maelstrom of technological growth.

“There’s a Darwinian effect where occasionally there’s a shake out where companies merge or buy out - but this doesn’t happen as often as you’d think. The companies that are booming are the ones that keep up with the rate of change.”