The most important product in Sony's history? In depth analysis of the PS4 announcement 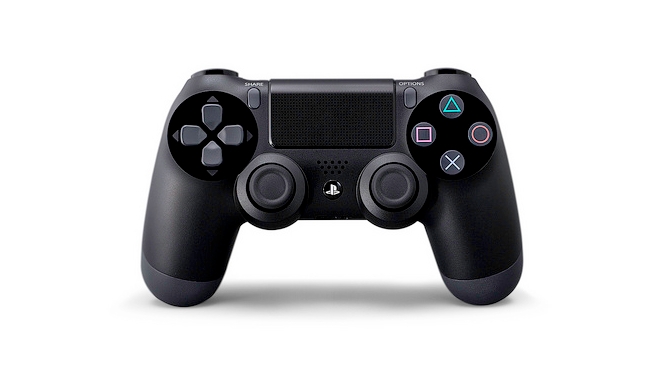 Sony's reveal of the PS4 left some major gaps. We still don't know what it will look like or whether it will support 4K. But we do know a lot more. Here's our detailed analysis by our Sony specialist K. Stewart

At 6pm in New York City, 11pm GMT, Sony used a sprawling two hour press conference to launch what is undoubtedly one of the most important products in the company’s history.  Its fourth generation games system, simply called PlayStation 4, is a key element in CEO Kaz Hirai’s plans to revive the electronics giant and also likely to be the most powerful mass market media player we’ll see for the next few years.

Before we get into what was said, it’s worth noting what wasn’t. There was speculation PS4 would be “PS-4K” and a high-speed Blu-ray drive would provide an obvious content source for all those 4K BRAVIA TVs, just as PS2 popularised DVD and PS3 struggled to do for 1080P Blu-ray. In fact, 4K wasn’t mentioned, nor were any movies other than a passing reference to Netflix and other online services. After the event, Sony confirmed PS4 would have a 6x Blu-ray drive (compared to 2x 72Mbp/s Blu-ray in PS3) but it there was a clear decision in this first reveal to keep the focus solely on gaming.

PS4’s casing was also left unknown - a mere aesthetic detail to some, but each of three preceding PlayStations were design classics and it’s a pity we’ll have to wait a little longer to see what PS4 looks like - probably E3 in June. Pricing is rumoured to be significantly cheaper than PS3 at launch, but again no details on that while the confirmed launch date - holiday 2013 - is likely to be end of year in US and Japan, 2014 for Europe. Post-event, Sony Worldwide Studios boss Shuhei Yoshida admitted a decision wasn’t yet made for Europe.

So what exactly was said? By side-stepping the 4K issue, Sony sensibly put gaming squarely at the forefront of its first public discussion of PS4.

Microsoft famously entered the console business out of fear that Sony would use PlayStation to establish a stranglehold on the living room that would, in time, threaten the PC. In retrospect it was the wrong war at the wrong time, given what happened with mobile, and it was amusing to hear Sony Computer Entertainment President Andrew House say that the ‘the living room is no longer the centre of the PlayStation ecosystem; the player is. [PS4 is] conceived as the most personal gaming experience available.” So mobile is a key part of the PS4 philosophy which in full is; simple; immediate; social; integrated; personalisation’.

Play in the PlayStation world is always on, always connected with companion apps for smart phones and tablets - the presentation illustrated this with XPERIA and Sony tablets, but  Sony has confirmed apps will be available to Android and iOS device. Using these devices you’ll be able make game purchases, watch other gamers playing, arrange events and, when actually playing on PS4, serve additional information such as maps. The ultimate companion device, however, was inevitably PS Vita. Just like with Wii U, you can turn over the TV to the kids and seamlessly carry on PS4 game with PS Vita using remote play. Unlike Wii U, of course, the PS Vita isn’t included but the media frenzy around PS4 may yet lift Vita sales.

PS3 was notorious for Ken Kutagari’s engineers developing radical hardware (the CELL CPU) and expecting developers to adapt to its unique architecture. So it was a sharp break from the past with legendary games developer Mark Cerny striding onto stage as lead system architect of PS4 and immediately stressing how from the outset its design was guided by developer feedback.

A Squarenix developer would later neatly summarise PS4 as ‘a dream to develop for’ and Cerny outlined a ‘supercharged PC architecture’ with an x86 CPU, enhanced PC GPU, a hard drive as standard plus 8GB of unified memory. Cerny didn’t get into the detail of the specs during the presentation, but afterwards a spec sheet was issued that confirmed the pre-show rumours.

PS4’s CPU is confirmed to be an eight-core CPU based on AMD’s x86 Jaguar CPU - officially unveiled on Feb 19th at the 60th ISSC 2013 in a 4-core format and intended as a rival to Intel’s low-power Atom processor for tablet-type hardware. In console terms, this is powerful, easy to use hardware and will be married to an AMD graphics system, a Radeon based part capable of 1.84 TFLOPS.

One surprise was the amount of memory, since pre-show the chatter was of devkits shipping with 4GB of ultra-fast GDDR5 and while some said Sony might double this to 8GB, it was thought unlikely due to cost. Cerny specifically stated it would, in fact, be 8GB and this would provide 176GB of bandwidth for the system. As an aside, for Xbox 360, Mark Rein is famously said to have cost Microsoft a billion dollars via a demo of Gears Of War running on 512MB rather than the 256MB originally planned. It’s tantalising to speculate what caused Sony to make a similar decision.

Broadly speaking, the PS4 is expected to have a significant performance advantage over what’s currently rumoured to be the next Xbox. It is also, of course, virtually a generation ahead of Wii U which is seen as a souped-up current generation system with an unusual tablet-based interface.

The Dual Shock 4 is a slightly sleeker version of the device shown in devkit leaks - a clear evolution of the proven, classic design with the addition of a front touch panel, a built-in speaker, a headphone socket, ‘enhanced’ rumble capabilities and a coloured light at the front. The latter is a continuation of the PlayStation Move technology, now as standard with an upgraded, dual camera version of the PlayStation included with PS4.  This is Sony’s equivalent of the Wii’s motion controller and Microsoft’s Kinect.

The controller also has a ‘share’ button which, with the assistance of built-in hardware for video compression/decompression, means the PS4 is already recording your gameplay and a simple button click will allow you to review, select and upload the most recent gameplay. The aim is to make sharing video as easy as screenshot.

Last year Sony paid 380 million dollars for the cloud streaming game service Gaikai and its co-founder, games developer David Perry was on stage to demonstrate exactly what that meant for PS4. While PS3 originally shipped with a PS2 Emotion Chip to offer backwards compatibility, for PS4 the emphasis is on the cloud. In a phased deployment, games from previous PlayStation generations will be made available for gaming via the cloud.

The sharing capabilites outlined above will also be expanded by the capability to contact a friend online and not only have them view and advice on your gameplay, but even take over.

Killzone 2 was notorious for its appearance at PS3 unveil with a showreel that many presumed was in-game footage, but turned out to be a target render. For PS4, the sheer length of Killzone: Shadow Fall’s footage made a good case for it being real. It started with a peaceful futuristic city, inevitably disrupted by a massive explosion leading into intensive combat. Seizing hold of a cable and climbing up to kill the occupants of a copter as it flew a city was visually impressive even if it perhaps lacked the vivid shock and awe of KZ2 for PS3!

Next up was a game with ‘borderline insanity’ in modelling the cars down to individual weave of carbon, the individual flecks of paint. It wasn’t though, Gran Turismo, but Evolution Studios’ Drive Club based on a concept first thought of ten years ago, but waiting on technology to catch up... and as you might expect, the concept is belonging to a club. Another key element is participating via a mobile device to arrange events, share information when away from your PS4.

The Witness, by the creators of Braid, made a good case for Sony’s support of independent developers with a surreal, puzzle heavy game exclusive to PS4.

After these games, we moved into a series of presentations openly stated to be more vision pieces, illustrating the intentions of game developers toward PS4. David Cage, creator of the rather brilliant ‘interactive movie’ Heavy Rain, predictably lectured on emotion while showing some fantastically realistic renders. Media Molecule, creators of Little Big Planet, showed some startling 3D creation footage. Capcom revealed Deep Down with spectacular dragons, Squarenix hinted at a new Final Fantasy game and Blizzard revealed Diablo III for PS4.

In today’s world, third-party games are simply too expensive to be locked up in exclusive deals as happened with GTA3 for PS2. The end of the show was dominated by Bungie’s 10-year game online multiplayer epic Destiny - which will also appear on current generation machines, but have exclusive PS4 features - and Ubisoft’s stunning Watch Dogs which again will be on current generation as well as new.

Now that PS4’s gaming credentials are so well established, attention will naturally switch to Redmond and how Microsoft can counter PS4: the ultimate games machine. However, it’s impossible to believe that’s all PS4 is. There has to be a 4K story to be told, we believe. But even more fundamentally, with a multi-core x86 CPU, 8GB of RAM and a hard drive - what can’t PS4 do? Sony has played with photo applications and even modest video editing on PS3. What PS4 will be in a few year’s time is fascinating to speculate on.