Can we have content that is both user-generated and high-end? 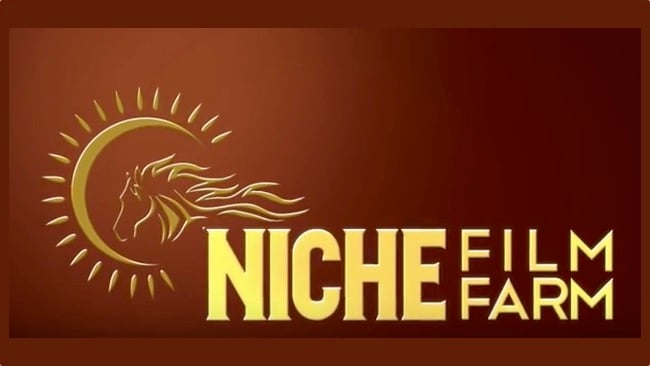 All the funding models for high-end content that we’re accustomed to having either melted away under the Netflix onslaught or are under extreme pressure. How do we make sure that there are still projects we want to work on?

A lot of people get into film and TV work with some youthfully exuberant ideas about what it really means and end up disappointed. The fantasy of writing drama and then being given a healthy budget and complete creative control is exactly that, a fantasy unless one is one of a couple of dozens very prominent people. Whether or not we consider modern film and TV to be taking a sharp wrong turn into complete artistic bankruptcy, there's always been a question as to whether shooting big TV series or movies under the overweening control of the funding entity, is even all that desirable.

If we play it right, though, there may be an alternative.

While I hate to come off as a long-haired independent filmmaker, it's becoming increasingly obvious that the days of conventional broadcast TV are numbered. Numbered in the tens of thousands, perhaps, but it's hard not to conclude that in the year 2050, the majority of TV will be watched on demand. I'm not even sure that anyone's seriously using the phrase “appointment to view” anymore. They've given up. A search for the term yields a lot of people talking about it in the past tense, although from another perspective, people probably are still watching their TV shows at a specific time. It's just that the people define the time, not the broadcaster, and the time is usually “right now, please.”

None of this is new, though, and it doesn't really affect how TV is made. The camera department doesn't care, beyond the need to shoot for certain specs. Amazon and Netflix may be enjoying a degree of prominence because of their dedicated attempts to outspend each other on spectacular, highly cinematic content, but there will be others, and in any case, what those two are up to doesn't really alter the way film and TV are produced. They're doing exactly the same things that the big conventional broadcasters have always done, with the same people and the same gear in the same facilities, with the same approach to the business management of the situation.

So, big productions by the video-on-demand grandees don't really create any new or exciting opportunities for anyone, because it's all subject to essentially the same pressures that TV has been subject to for decades. The fact that it can be watched on demand, and the fact that the distribution costs are spread across the infrastructure of the global internet, might boost profit margins, but that's all. The fact that the executive producer has another Lamborghini does not affect the audience's enjoyment of the product or the length of the crew's working day, which factors are really why we're all here in the first place.

This may be why the world of user-generated stuff — YouTube — seems so uncontrollably ascendant. It is emphatically not subject to the same pressures as conventional commercial content, being directed at niche interests, and people are making a living from it. It is terribly ungenerous to look down on this, as people often do. The paradigm seems to be a relatively large number of people making a reasonable living as opposed to a very small number of people making a really huge living, though that's probably a good thing. This probably only works because people are willing to pay more for TV than they usually would if their niche interests are being served, but that's fine: it allows user-generated content to avoid the generalised, focus-grouped, minimally-dislikable and homogenised results that often draw scorn.

Now, “user-generated” can be a weaselly term, misapplied to YouTube channels with offices and employees and a human resources department which are functionally indistinguishable from a small conventional broadcaster. Even then, though, they often serve a very niche interest, benefiting from the global reach of the network to make their targeted material pay. Again, none of this is a particularly new realisation, and the reason we've gone through all this is to provide context to a question that's as straightforward as it is far-reaching, and has great relevance to that fantasy world of filmmaking in which we have both money and control. Can we make quality serial drama, perhaps as short episodes of a few minutes, which will become a target for people to work on because it can be what they want it to be?

It has been tried, but rarely with enormous success. Perhaps we have found something that the YouTube model just won't support. Perhaps it'll happen one day; perhaps it'll even become the norm, or perhaps quality drama is just too concentrated a cost centre. It's certainly true that at some point, it's economically impossible to keep funding everything by advertising things to one another.

Either way, if it does, it'll be great.