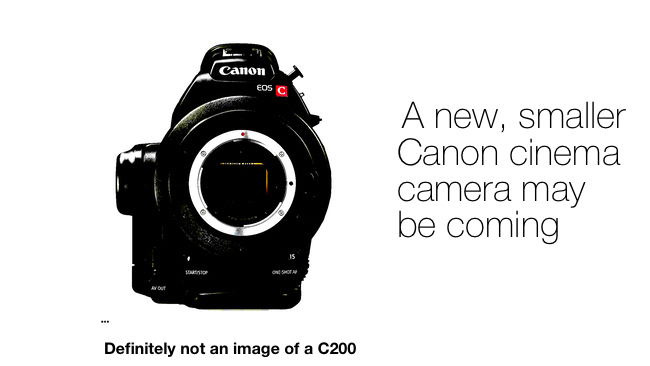 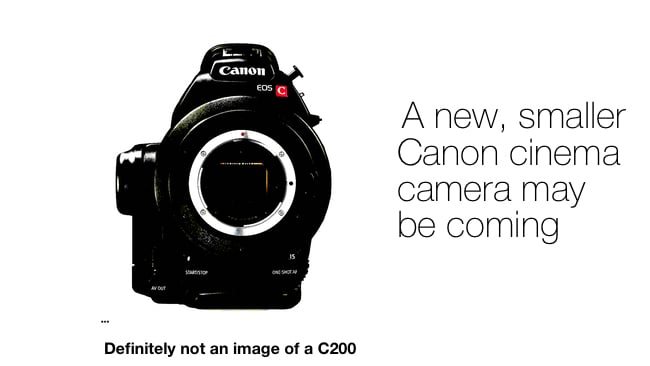 There are rumours from retailers about a Canon C200

We're not really into rumours at RedShark. We're never short of stuff to write about and the last thing we need to be doing is making up stories about future products or giving oxygen to tenuous speculation from other sites.

But we're going to make a bit of an exception here because this is a rumour that's exactly along the lines of something we predicted. That does't mean that you should give it any more credibility than otherwise: we just thought it was interesting.

Last week we ran this story.

It was about Canon's video camera strategy; how despite being almost solely responsible for the surge in cinematic video over the last ten years, video as a capability of still cameras is of waning interest to Canon because its buying demographic is so largely skewed towards still photography. In other words: most people buy still cameras to take still pictures. Canon's serious video strategy is expressed in its EOS C range of dedicated cinematic cameras (not to mention their more traditional form-factor video cameras) and it is here that we should be looking for clues to the future.

The C700 is an accomplished camera. We've spoken to users and seen the footage. It's not a cheap device, but then the cameras it's pitched against are hardly inexpensive either.

We wondered whether, if the C700 is the first of a new generation of "C" cameras, we might see some newer models further down the price range.

And it is this speculation that the rumour (from that bountiful source of Canon speculation, Canonrumors.com) about a new lower end model, the "C200" would seem to support.

We have no idea what the C200 might be like. Our hope is that it will be a lower cost 4K (at least) camera with a more conventional body shape, and with excellent Canon imaging.

You can check it out on the Canonrumors site here.