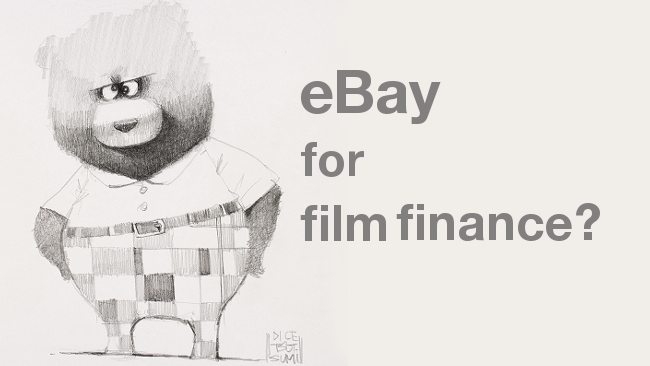 Kickstarter. There, I got the obligatory reference out of the way.

It seems a day doesn’t go by that we, at RedShark, don’t mention the popular crowdfunding site, and with good reason. Kickstarter, along with Indiegogo and others, have spurred the creative process for many an artist and gadget maker, helping creators to engage their audiences and customers directly, before any serious dollars are spent on production. The site has become such an efficient catalyst for fundraising that it’s often used as a verb: if you have a project, Kickstart it.

Curiously, two veteran art directors at Pixar, Dice Tsutsumi and Robert Kondo, have begun initial fundraising for their forthcoming animated independent short and are forgoing the Kickstarter machine (for now). Why on earth wouldn’t they put their project on Kickstarter? Shouldn’t it be a slam dunk?

Knowing what it really takes

Well, contrary to what many seem to believe about crowdfunding, it’s actually...not that easy. There’s the myth of the instant-viral Kickstarter campaign, much like the lotto dream, of wild financial gain from just a modicum of effort. The reality is a less idyllic scene. A successful crowdfunding campaign is much like a succesful anything. It requires careful planning, deft execution, and a fair bit of grunt work. Researching the marketing tactics of other similar projects; identifying useful blogs and media outlets that might promote your project; reaching out to various professional and personal networks; convincing 100 or so people not on your payroll, in different parts of the world, on their own respective schedules, to perform their roles in step; figuring out what can’t be gotten for free and ponying-up for paid assistance; launching the Kickstarter project, followed by the requisite finger-crossing...

Running a crowdfunding campaign is an encompassing and time-consuming process, and it seems Tsutsumi has done his homework: “The main reason why we are not using the current trend of indy project funding is that we just need to focus on making the film rather than spending so much energy on preparing for the elaborate Kickstarter pitch. We have nothing against Kickstarter of course!”

eBay is just the beginning

Tsutsumi and Kondo have decided eBay is their best early platform to fund their passion project. When you break down the decision, it makes sense. As opposed to a costly, multi-faceted crowdfunding effort, the duo are selling preliminary sketches for their short, basically leveraging their affiliation with Pixar while eliminating the need for campaign upkeep. It obviously helps that they are extremely talented and worked on some of the most beloved animated films of all-time, and this example isn’t particularly instructive for anyone without similar ability levels and/or ties to a Big Name. When Tsutsumi and Kondo are ready to use Kickstarter, the Pixar brand will likely fuel their efforts, catapulting their project to hit its goal and beyond. However, it may be this opening round of funding, through their unique use of eBay, that raises early money and awareness, priming the pump for future fundraising success.