Is TV the new cinema? 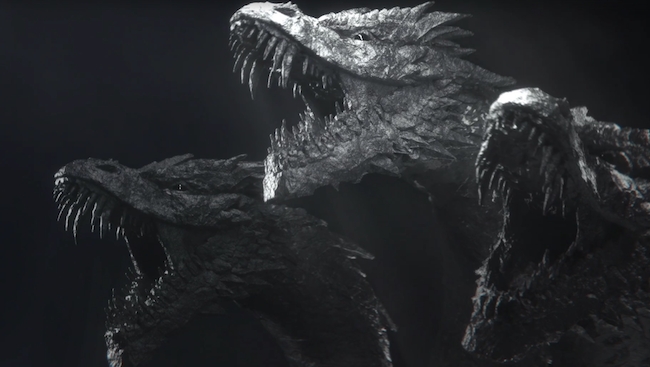 ‘Cinematic’ is a term you’ll often find on these pages. It seems to be a look we all aspire to. We could argue about what ‘cinematic’ actually means (the best answer is probably ‘not like video’ - but then video doesn’t look like video anymore) but I’d rather discuss the underlying assumption: cinema is the highest form of the moving image and television is a lowly cousin.

For me, the most important innovation of the last two decades in the world of film and TV has little to do with technology. It is the long-form TV drama series, pioneered by HBO and closely followed by FX, AMC, Showtime, Netflix and Amazon. The ‘box set’ is, of course, particularly suited to the binge-watching opportunities of streaming services like Netflix and Amazon. However, the line between streaming services and broadcast is being eroded as, increasingly, we decide when we want to watch a programme rather than plan viewing around the TV schedule.

The innovation is not just in how we consume the media but in the content itself. The long-form drama allows characters and stories to be developed over 10 to 12 hours rather than two, and writers have risen to this challenge. Within the history of cinema, this is a radically new form that can handle stories and themes in a depth not possible in the cinema. In the 86 episodes of The Sopranos, spread over eight years, we see characters grow up and grow old. The five seasons of The Wire, in turn dissected the major institutions of a failing city — the docks trade, the city government, the schools and the newspapers — with unparalleled precision. No movie could have done that.

Look at what has been achieved with The Americans, Breaking Bad, Better Call Saul, Deadwood, Bloodline, Transparent, Quarry, Game of Thrones, Westworld… and there are many more. They might not all be to your taste, but my contention is that they are superior to their cinema equivalents. Writing, acting, and production design really doesn’t get much better than the best of these. The cinematography in all those I have mentioned is also superb. Often it is the kind of cinematography that doesn’t call attention to itself, but always finds the right frame and the right mood. The best is as cinematic as anything you find in the cinema.

This is not an auteur medium. Very few are aware or care about who directed the latest episode of their favourite series. That doesn’t mean direction is not of the highest order too (and, anyway, we all know that films are made by teams, not individuals). What is striking in these series is not only how each one is consistent in its own style, but also how distinct they are from each other.

Over the last couple of decades, the streaming and cable channels have shown that people will pay for quality. Original, high-quality drama, rather than being a prestige loss-leader, can be very profitable. Many filmmakers have found more creative freedom working with companies like Netflix or HBO, rather than through the institutional structure of a traditional TV organisation. A writer who’s a friend of mine was recently working for Amazon. He was instructed to ‘break every rule in the book’.

It should go without saying that I am, of course, talking about the high-end of premium cable channels and streaming services, not run-of-the-mill broadcast TV. That is a different prospect altogether (and not one I can say much about as I hardly watch any of the latter).

Now I am a big fan of the movies. Cinemas are still, in principle, the best place to watch a film, sharing the experience in the dark with a large audience. But like many, I find myself going out to the cinema less and less. In central London you pay £15 to £18 for a regular seat — that’s a lot of money and for a couple of trips to the cinema with your partner, you could buy the Blu-ray disc and a Blu-ray player. A few weeks of saving up ticket money and you could purchase a big 4K screen to watch them on.

Cinema screens have tended to get smaller over the years as the big theatres are turned into multiplexes, while screens at home have got bigger. It’s quite possible now that the screen you watch while sitting on your sofa at home occupies a wider field of vision than the screen you watch from the stalls. And it may well be sharper. While TVs are now increasingly capable of 4K, cinema distribution remains predominantly 2K.

HDR also looks like it will be on our TV sets long before it hits the cinema screens. In the move to digital, projection standards have, arguably, improved (no more poor quality scratched prints). Nevertheless, many cinemas re-equipped with projectors that are simply too dim for the size of their screen. More often than not, the viewing experience in your average cinema leaves a lot to be desired.

The major audience for cinema is 18 to 25 year olds and Asia, where action films are in high demand, has become the key market. Look at the box office hits of last year: almost all are action/adventure, usually based on comics, while the rest are animation movies aimed at a family audience. I’ve got nothing against action/adventure and comic book heroes, but if you want something beyond sheer escapism, the best place to find it is on your TV screen.

Of course, ‘art-house’ cinema still exists. In the UK, small chains like Picturehouse (owned by the major chain Cineworld) do a good job of finding an audience for more specialist films in affluent areas. The most successful theatres are also pleasant environments to spend the evening. Sadly this is not true of many cinemas, so determined as they are on pushing overpriced confectionary in an atmosphere that feels far too much like a motorway service station. In Britain, we also have to sit through cinema commercials — as if we haven’t suffered quite enough from the price of the ticket and the popcorn.

Blockbusters aside, cinemas are not where producers make money. For independent films, a theatrical release is mostly a marketing exercise, rather than a source of income. A cinema launch is a way of getting your film noticed and reviewed If you are very lucky, box office returns may just cover your costs.

Perhaps we all have a feeling in the back of our minds that the movies represent something magical. Perhaps we like to imagine velvet curtains drawing back to reveal our own work on a giant screen in a grand art-deco theatre, playing to a packed house. In reality, very few of us will make work that appears on that screen and for those who do, only a small fraction of the total audience will have watched it in the cinema.

The myth of cinema is powerful, but that once-small screen in the corner of the living room is now much more important.