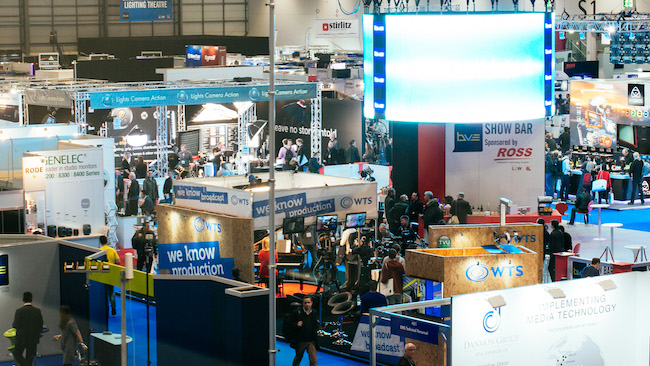 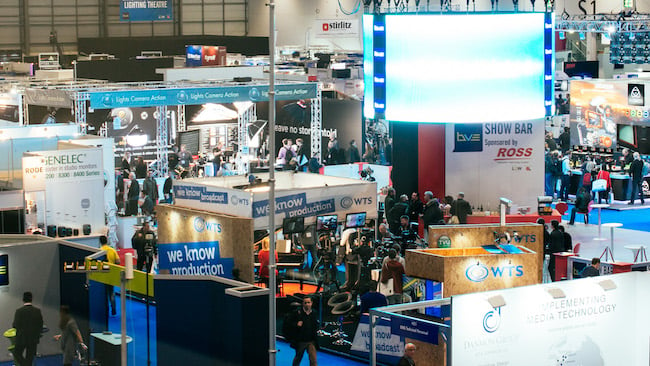 BVE at the ExCel in London: a small show but with lots to recommend it

Falling as it does a mere six weeks before NAB, the best reason to visit London's BVE remains the chance to bump into folk and network. It’s also though a seasoned show with plenty of time to catch up on technology that can be drowned out amid larger jamborees, and features a solid conference offering something for everyone. Here are RedShark’s Top Ten reasons to head out on the DLR to the ExCel later this month.

Cinematography tips from the top

There’s a strong strand of lighting and photography sessions in the conference. DP Adam Etherington explains his work using natural light on BBC drama Poldark including how to shoot using the sun at different times of the day for best coverage. DP Ed Moore, whose credits also number Poldark and Red Dwarf talks about the kit and techniques to create fluid camera movement and action sequences on location. Wildlife specialist Rob Drewett, who shot the locust plague sequence of BBC's Planet Earth II, talks about shooting 6K and planning for the unexpected. Tony Miller, BSC runs through the possibilities HDR opens up for cinematographers and discusses fresh lighting challenges for using the greater latitude.

With post houses increasingly viewing cloud-enabled asset storage and content management as a must-have toolset, the reality is that implementing full cloud-based workflows is neither easy nor cost-effective or, frankly, fully secure. EditShare will be on hand to demonstrate its Hybrid Cloud workflow solution. An IBC2016 Innovation Award winner for content management, the combination features XStream EFS storage with integrated Flow, AirFlow and Flow Story for collaboration anywhere.

A great chance to hear from director Amma Assante, widely regarded as one of the UK’s leading directorial talents. She directed Belle and A United Kingdom and has been championed by ‘wittertaining’ film critic Mark Kermode who will interview her on stage in a session about how to write a winning screenplay on 28 February.

Developed by a team of academics in Belgium the AZilPix Studio.One is described as a virtual camera system. This means it can generate multiple ‘virtual’ cameras from a single physical camera fitted with a wide angle lens. The server ingests the raw, wide-angle video from the camera(s) and allows recording and live processing into one or more rectilinear views and a view mosaic. Although framing can be conducted live, the system’s key is that framing can be carried out offline at the viewing or post stage in software. As a founding partner in AZilPix, Axon has created an interface for Studio.One that allows the system’s cameras to link to its Cerebrum control and monitoring software. Axon’s show demo will allow visitors to zoom in and mix different camera views in real time. Full resolution pre-recorded material will also be available so that the pan and scan features can be used to define new views in post.

We can forgive the corruption of the English language in naming Suitcase TV’s latest invention because for a small company their product does tends to push the possible. In this case, Iphrame Flyaway is a IP-based production system designed for quick set-up and go. It handles video, audio, and graphics on standard IT hardware thus eliminating the need to acquire and transport the majority of traditional hardware. Suitcase reckon Iphrame can be transported and online in minutes because set-up “requires nothing more than connecting it to a broadcast centre over any standard IP link” and plugging in SDI cameras/feeds and audio sources.

The documentary maker, whose last film took on scientology, keynotes on Thursday 2 March. Hopefully he’ll be sharing insight into how his films like When Louis Met…Jimmy/ … Paul and Debbie /.. the Hamiltons are put together. What impact does a camera have on people’s behaviour? how much of the story is constructed in the edit? and how closely does he honestly feel this reflects the truth of his subject?

If you’re aged under 30, typically branded a millennial, then even if you don’t play computer games online you probably know someone who does, and at least have a better grasp on why it’s such a success than those brought up on Frogger and Meteor. There’s no more evangelical or knowledgeable guide to how esports is attracting massive audiences than James Dean of producer ESL. The production techniques are remarkable similar to any sports outside broadcast but virtual studio and augmented reality technology is being introduced to engage audiences in ways traditional broadcasters and sports clubs might take cues from.

Editing in the cloud

Soho facilities and indie producers are gradually moving more creative assembly to the cloud, the chief impediment being fast connections into premises. What are the best in market cloud based management applications? How does multi-location cloud editing save money and is security of content still a concern? Forbidden Technology take a lead here along with Tim Burton. No, not that one but the Tim Burton who founded systems integrator Magneta Broadcast.

While not quite make or break year for VR, there was so much excitement around the technology over the past 18 months that anticipation could give way to anti-climax. A set of panel session, variously business and technical, shed more like on the future of 360 content.
BBC Earth is showing three animal-based virtual reality experiences. One of them, Cat Flight, integrates CGI with 360 video. Happy Finish, which creates commercial VR content, has a Microsoft Hololens for visitors to test out mixed reality (AR/VR/good old reality). BBC R&D’s development producer Alia Sheikh and Happy Finish director Jamie Mossahebi share their views on how to light and shoot to create an immersive VR experience.
Motion Impossible presents a live demo of a remote VR dolly system devised by cameraman and CEO Rob Drewett. Collaborating with production company Visualise, Sennheiser will have two Samsung Gear VR experiences with footage recorded with its AMBEO VR mic. Adrian Leu, CEO, Inition and Greg Furber, VR director at REWIND get to grips with skepticism. Will VR just be another fad or is it likely to take off? When and how will VR become broadcast-able?

Beer at the Fox

When all’s said and done it’s the chance to have a pint with someone you haven’t seen since… well since the exact same time and place last year, which is what BVE has always been about. Same faces, same pub, same fun. All convene for a late afternoon sharpener at the Fox.