Did we ever really want 3D anyway? 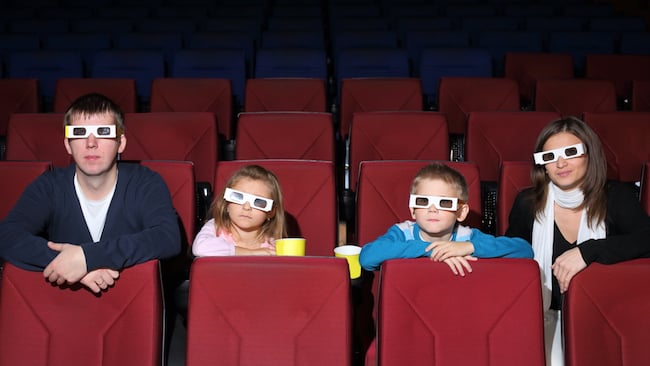 The major television manufacturers have moved away from 3D displays, which makes us wonder why it wasn't more successful. Roland Denning has answers.

Sales of UHD sets have taken off in a way that 3D never did, perhaps because there is always something to watch on your UHD screen, even it is only upscaled HD. UHD doesn't need an extra pair of glasses and you can slump on the sofa and watch it sideways without any problems. It is uncertain how fondly consumers will embrace HDR, but if its there as a premium option, many will go for it with the overriding sense that 'it's the future' and 'it's better' without any particular drawbacks.

Looking back on 3D

But did we really want 3D in the first place? Despite optimistic technologists throughout the 20th century predicting 'one day all films will be in three dimensions', 3D is usually a response to periods of crisis in the movie industry. The first spate of 3D was in the 50s when TV was seen (rightly) as the huge threat. We still get revivals of classics from this era, made using the anaglyph system of glasses with one red and one green (or cyan) filter, like Hitchcock's Dial M For Murder and Jack Arnold's Creature From The Black Lagoon and They Came From Out Of Space. Anyone who's seen them probably remembers them for moments when rocks tumble out of the screen and into the audience or when telescopes or scissors loom over the stalls.

A couple of decades later, 3D was revived by the sexploitation industry, like the 1969 The Stewardess (at the time of its release, the most successful 3D film ever) and the 1972 British film, The Four Dimensions of Greta (promoted, sensitively, as 'A Girl In Your Lap'). The latter was shot mostly in 2D colour, but with flashback anaglyph 3D inserts of Greta (a missing Scandinavian au pair) swinging on a trampoline and throwing her bra to the audience. The 3D sequences were shot on a 1950s camera the director, Peter Walker, had found abandoned in a garage. It took another couple of decades for the technology to evolve beyond gimmick status.

By the time we got to Avatar in 2009, 3D systems in the cinema had been perfected. Now, in 2017, cinema audiences seem to have a take it or leave it attitude – the extra cost of admission, the awkwardness of the glasses and a dimmer screen for many seems barely compensated by the extra dimension. When my local cinema showed the last Star Wars movie, the 3D version was relegated to a smaller auditorium while the largest screen played the flat version.

Why 3D didn't take off

As far as TV and cinema go, it seems interest in 3D has peaked; it has failed to get beyond its image as a sort sideshow spectacle. Why? I have my own theories.

To put it simply, we hardly actually see the world in 3D. What? you scream, of course we do. OK, let's put it another way - we have 3D vision, but we scarcely use it.

Put a hand over one eye. Does the world suddenly appear flat and unreal? No.

Most of the time, we are barely aware of our stereoscopic vision; it's something that is essential for our negotiation of space, but, unlike colour, it's not an intrinsic part of how we see the world. Sure, that third dimension is essential when we are playing tennis, but going from stereoscopic to mono vision, we do not get a sudden drop in realism as we do, say, going from colour to black and white. Our experience of depth in vision is much more to do with the parallax effect (as we move our head, the relative position of foreground and background objects change) than the fact we have binocular vision. Consequently, when 3D movies emphasise stereo vision, they actually look strangely unreal; when they use it more subtly, what they add to our experience is minimal. My experience of watching even the best-crafted 3D movie is that the initial 'wow' factor soon wears off and we are barely aware of the extra dimension.

Of course, there is one field where 3D is regarded as essential and that is soon-about-to-really-big world of VR. Except that soon-about-to-really-big status has been with us for a couple of years now and, despite the significant sums invested, no one seems sure quite where it's going. As I've argued here before, I see VR as much more part of the games world and, in my opinion, games and movies are very different forms. 3D is easier to produce with computer generated imagery than live action and, arguably, in gaming, stereoscopic vision is a really valuable feature.

Back to TV – has 3DTV now been consigned to the recycling bin of history? It looks like it, but maybe in another decade or so a glasses-free version will emerge and the industry will try to launch it again, but I reckon, for the foreseeable future, consumers will forsake the third dimension for more of the first two.