Who decides how good film gear is allowed to be? 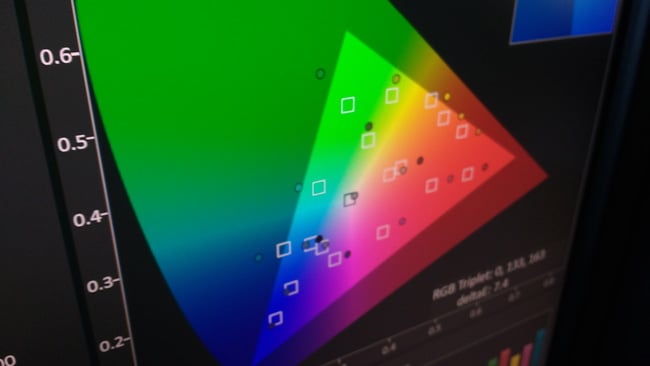 Calibration, as here in SpectraCal's CalMan, aims to match a standard, but who decides what the standard is.

As we head towards another NAB, it's worth remembering that it is a witches' brew of standards-makers, manufacturers and, yes, end-users that shape the development of our future kit.

Practicality, we might say, is the greatest arbiter. We'd love to have faster-than-light drives, matter transporters and instant noodles that taste like Michelin-starred dining, all of which seem equally impossible. Nobody's deciding those things shouldn't exist. The option simply isn't open, at least not yet. Compare, though, things like cellphones, tablets and a lot of other consumer electronics, which exist in various market segments and various price points and enjoy various levels of profitability. For instance, someone, at some point, had to make a decision on the specification of the iPhone 6. It was reported as enjoying an enormously healthy profit margin of around 69%, based on a tear-down and analysis of its component parts. Even if that's very inaccurate, the company probably had plenty of wiggle room to alter how it worked.

That, though, is a matter solely between Apple and the consumer. More fundamental (and more topical) are things like the colorimetry of our cameras and the way they store images. Increasingly, these things are being decided by companies just as much as the spec of a smartphone, as they go off the piste of public standards in search of better performance and a competitive edge. In their most capable modes, modern cameras can often produce output conforming to standards which are presumably known to the company, but otherwise completely without public documentation and often actively kept secret.

That's not good, but the underlying concern is the change in attitude. Traditionally, public or near-public debate on the topic of new technology took place on standards committees, the purpose of which was, at least in part, to create a vaguely-independent environment in which engineering concerns could be balanced sensibly against the inevitability of commercial imperative. It's no secret that this can sometimes fail horribly, as in the case of the committee which was formed to replace the notoriously unreliably colour rendering index standard. The group, CIE Technical Committee 1-33, formed in 1991 and then broke up in 1999 without making firm recommendations. 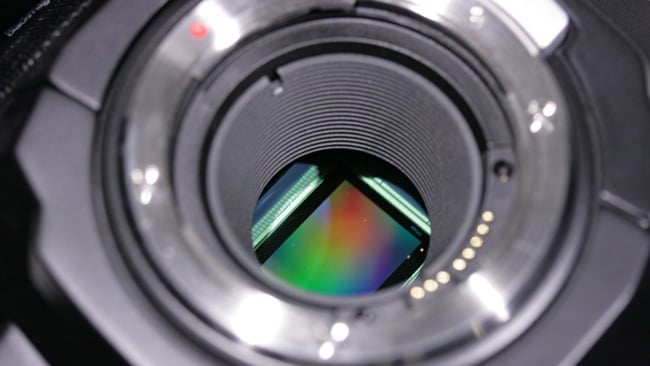 The choice of exactly which red, which green and which blue is used on a sensor,
such as the Ursa Mini's (pictured), is complicated.

From a film and television perspective, organisations such as the SMPTE, EBU and ITU have, until recently, been the sole holders of responsibility for standardising film and TV. Manufacturers have always been free to innovate, of course, and things don't always have to look the same. Kodak's production of film stocks with deliberately differing colorimetry, quite apart from their technical variations in sensitivity, has gone on for decades. Crucially, though, the actual pictures seen by the viewing public in cinemas or at home, which is the point of the exercise, were displayed in a standardised way. These standards were controlled by bodies which at least did a good impression of being somewhat high-minded and independent.

There is, though, an interesting counterexample. Cinema sound has long been produced and distributed according to standards established by a private company. The fact that Dolby is now instrumental, or at least trying to be instrumental, in the introduction of high dynamic range imaging to film and TV, is not coincidental. While the business case from Dolby's perspective is clear, this is not necessarily a criticism. Dolby's various audio technologies have been of great net benefit to the audience experience, and its HDR system, Vision, has certainly not been simplified for the sake of engineering and commercial convenience. Quite the opposite, in fact: if there's a concern, it is that Vision is advanced enough to be more difficult to implement than its competitors, although the prospect for manufacturers of per-unit licensing fees is probably at least as much of a counter-incentive. 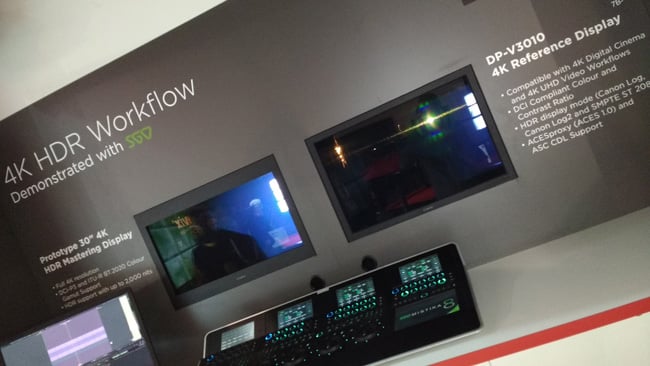 Exhibits such as Canon and SGO's collaboration on HDR in Mistika are common.

Either way, the point remains that the capability of at least one flavour of HDR television was decided in a commercial environment, not on a standards body. Again, Dolby's behaviour has been perhaps even more benign than we might expect, with much public discussion of its technology at surprisingly low levels, although it remains, necessarily, an essentially proprietary thing. Other standards of relevance to modern television development remain in the hands of standards bodies, such as the ITU's Recommendation BT.2020, which defines (among other things) a decidedly ambitious ability to display a wide range of colours. Some of the work on BT.2020 was done by NHK, which is at least a publicly-owned organisation. Who decided how future television should work and how good it should be?

It's a momentous decision, which will affect everyone from camera crew to mass-market manufacturers of TVs. However it's done, these decisions deserve solemn consideration.