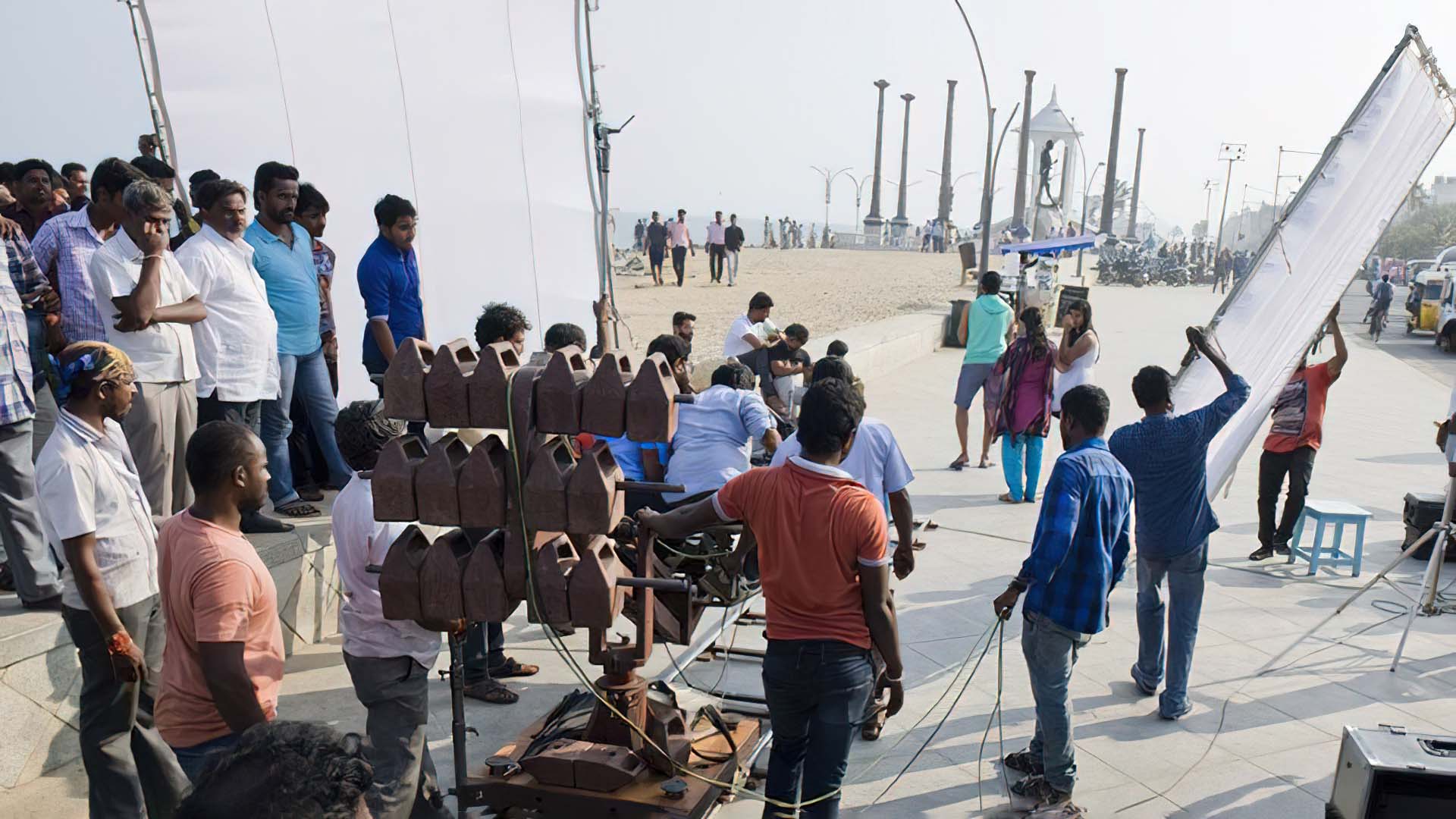 Replay: Phil Rhodes does some number crunching and comes up with some ballpark figures for a minimum budget for a movie that a) hires qualified people to b) produce something that c) an audience might actually want to watch. It's not cheap.

Let's face it: quite a lot of people who work behind cameras do so because they saw a movie once and liked it enough that they wanted to be the people that made the images. Naturally, a few such people have the idea of producing a film for sale. Many of the people reading this will have been propositioned to work on something being self-produced by a producer with grand ideas and a pocket-money budget. This is a terrifically unattractive prospect for crew, often involving several weeks of long hours for poor pay in the service of a production that often won't achieve watchability.

It's increasingly rare for this sort of microbudget filmmaking to take any money back at all. All the same, these productions never seem to have trouble finding cast and crew, suggesting that the bright lights of Hollywood are commonly being confused with the rather more lambent glow of independent filmmaking.

We know why it happens: because people want to be big-time directors. It fails so often because producer-directors make the same well-known mistake as a huge proportion of start-up businesses: they start out with grossly inadequate funding. It isn't particularly difficult to make a releasable feature film; it's a matter of retaining the services of the right people. The money people of film and TV are rarely, if ever, creatives. But if reasonably able people aren't affordable, the results suffer to the point where the effort is more of an arts project than a business engagement. One of the key questions, then, is what is a sensible minimum budget  to produce something that people will pay to watch.

Let's do some back-of-the-envelope calculations. Assume we have a script we can shoot in four six-day weeks; people have done less, but it tends to require a specially-designed narrative with very limited horizons.

Assume we have a crew of perhaps eight: the producer-director-writer works for free, taking the risk of the enterprise. We need a focus puller and general camera assistant, as well as one person to work with lighting. A sound recordist plus a hair and make-up person are essential, as is someone to fulfil the roles of production manager and first assistant director. That leaves three slots to cover things like production design, logistics and catering. The average day might require four actors and we'll assume everyone makes their own way to set.

That's a fairly realistic setup for an ultra-low-budget independent feature and it involves 288 person-days of labour, rounded up to 300 to allow for any specialists we might need here and there. The next question is how much (or more to the point how little) is a day rate worth the name. This is, in fact, the issue which provoked this article, because rates as low as $50 a day have been bandied about recently. Naturally, it'll be impossible to employ anyone of any real ability for that. Even where minimum wage laws don't make it illegal, it's likely to be abusive of very inexperienced young people who want to work on film and feel they have little choice. Doubling that rate brings us into the realm where, with controlled day lengths, the shoot may at least be legal, but doubling it again brings us into a realm where we can hire someone who knows which end of a camera the light goes in, if not much else.

Thus, the labour costs for even the most basic feature film will be something like $60,000 (let's say £45,000, assuming the pound ever recovers).

Probably someone on our enthusiastic, underpaid crew owns camera equipment and is donating it (this is despicable, but it's also reality.) Assume our rental fees include a couple of thousand for special items and we might spend another thousand on media, be they LTO tapes or hard disks. We must insure our production and, for once, this is something that will cost vastly more in the litigious USA than it would in much of the rest of the world. We have to feed our people and this can be done for £5 a head each day; £1500 total, including cookies for the wrap party. Let's give production design a tiny budget so they can do at least something; anything involving renting costume will demand at least a thousand a week, even for a small cast, but historical drama is not a particularly sensible target for the microbudget director in any case. £4000 total.

The key expense is likely to be locations, especially if our nascent feature producer insists on working somewhere like Los Angeles, which offers superb facilities to high-end feature films, but can be a prohibitively expensive place, by all accounts, to pursue microbudget filmmaking. Conventional locations can be responsibly sourced for less by working in a less popular place, bearing in mind that we don't want to travel or accommodate our people. Some days will be cheaper, while other days may demand more specific and, therefore, more expensive things, but figure an average of £200/day, for a total of about £5000. Total costs so far are almost exactly £60,000, let's say $90,000 and we have a production in the can.

Producer-director-writer-editors work for nothing, so let's stretch credibility and assume our superbly multitalented Rodriguez-in-waiting has become one with a Macbook and produced a workable edit and colour grade. In theory, a system capable of producing a legitimate, encrypted digital cinema package can be built for a mere few thousand units of currency, but there's likely to be a few expenses in terms of music, sound mixing and the creation of the materials required by a distributor. Ten thousand all in, if the producer-director-writer-editor-colourist happens to know an eager music student. Total cost to delivery is therefore somewhere around £75,000, about $100,000, without doing anything utterly irresponsible or grossly exploiting anybody.

So, that's your final minimum: $100,000. This assumes an improbable combination of talent on the part of the producer-director-writer-editor-colourist-mixer. Then you have to sell it, which is much more difficult than simply requiring money. It does require money, to travel to film festivals and to buy expensive formal wear and round after round of $20 cocktails, but the black arts of media sales are entirely off-topic for a technical site, to your correspondent's great relief.

There is, of course, no way to present this sort of calculation without stirring up a hornet's nest of disagreement and criticism; it's presented here as a basis for discussion. Discussion commence!