Innovation on show at the IBC Awards 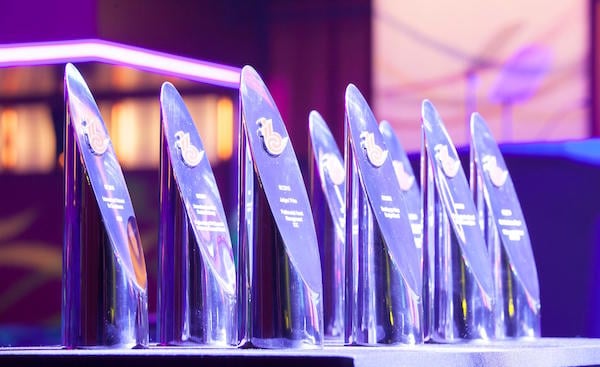 While IBC attendees in Amsterdam have no shortage of entertainment options when it comes to post show recreation, it’s always worthwhile starting your Sunday night with a visit to the free-to-attend IBC Awards. Here’s why.

For a start, it’s fun. It might not reach quite the dizzying heights of the Sunday Spectacular from times and massive budgets past, where magicians, musicians and more were brought in to wow the crowds (Lionel Richie was one particularly memorable, if slightly cheesy, highlight). But it’s fast-paced, dynamic, and there’s always something worth turning up to see.

This year that might well be footage of Ang Lee’s new film, ‘Billy Lynn’s Long Halftime Walk’, which was shot in 120fps 4K 3D and is, by all accounts, jaw-dropping. Mr Lee is getting awarded the special International Honour for Excellence at the ceremony, so he’ll definitely be there with something to show. Likewise, NASA is getting a gong for, well, being NASA really, which should be worth turning up for alone.

Chief interest for us though are the Innovation Awards, which historically have always been about the application of new technology in interesting new manners, and this year are something of a vintage crop.

On the content side of things, ESPN’s Pylon Cameras have replaced corner posts in some American Football games and have pulled off the neat trick of a) having crush impact zones to avoid injuring players while b) still delivering multiple views from each pylon. There there’s the live IP studio built by the EBU and housed at VRT Sandbox in Brussels, which is using open standards, to demonstrate interconnectivity between equipment from multiple vendors and build a working, production studio around IP workflows for live television.

The content management contenders are cool too, and feature a German reality TV programme that was filmed on remote islands off the coast of Central America and edited remotely using Editshare kit back in Cologne. Another approach to the same genre saw China’s ‘The 15 of Us’ go out via a video portal and essentially make 120 HD cameras and two 360˚ cameras available at all times to viewers – 3000 hours of content a day for a full year.

And on the delivery side of the industry, the UK’s BT Sport is tapped for its launch of an Ultra HD channel, which is already over a year old; Swisscom has developed a User Interface which has been designed from the ground up to cope with 250 channels; and UEFA, the EVS and the EBU’s Next Generation Services Project, which attempts to deliver a host of unified additional content to football games from data feeds to multiple angles and linked second screen experiences is also in the running.

It’s still not too late to get to IBC. Click here for registration details and here for the RAI hotel service which can help with accommodation, even now.