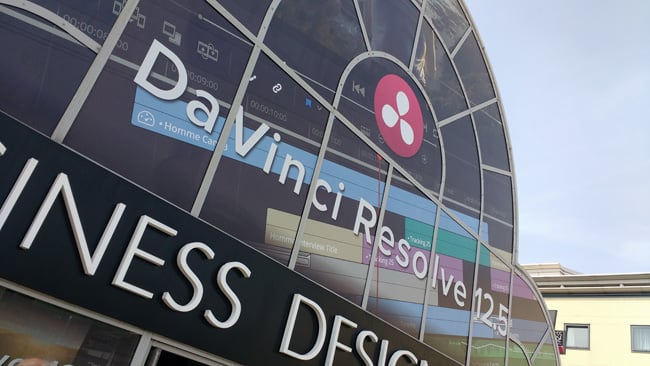 The welcome return of an industry show to Islington

Another show? In midsummer? Well, yes, and going by the comments from attendees about needing a bigger venue, a very successful one. As Phil Rhodes reports, maybe it’s the mix of technical and production together that is the secret sauce.

Islington's Business Design Centre has grown significantly in popularity over the last few years, often hosting recruitment fairs and expos on fairly specific topics. It will be to the relief of the organisers that the first ever Media Production Show, held there on Thursday and Friday last week, packed the place to the rafters.

One could reasonably describe the mix of exhibitors as slightly eclectic, although very fairly described by the title of the exposition. It accurately reflects the audience of parent company MBI which runs a variety of publications which are often of interest to people working in the production office as well as on the studio floor in both live broadcast and single-camera situations. As such, technology specialists such as Codex, Rotolight and the big camera manufacturers Sony, Panasonic and Canon were all in attendance, sitting mere feet from PACT and Directors UK. PACT, the Producers' Alliance for Cinema and Television, is the organisation that, for one, negotiates the pay rates for union film crew in the UK, and Directors UK deals with compensation and rights issues for the person with the metaphorical megaphone.

To indulge in a brief metaphysical aside, there is too often a rather division between the technical and production trades, and it's good to have people mingle like this. Film and TV work is often not the most profitable business even for apparently quite successful organisations and individuals, and most of the people who are involved do it because they get at least something out of it (or at least did before producing seven seasons of Some People From A Place are Quite Good Entertainers). Some people would consider the resulting event unfocused, and I didn't personally witness anyone from the camera department engaging in a group hug with people from the production office, but the occasional mutual reminder that the other party are also humans with concerns and desires can only be helpful.

After all, lunch only arrives if someone from production has booked it.

Returning to our regularly scheduled coverage of the toys, Rotolight showed their new addition to the Anova lineup. We saw this at NAB, but general availability of this clever new light is now reportedly less than a month away, and we're interested to look at its special effects capability. With inbuilt strobe and flicker patterns and the ability to fine-tune the timing, the new Anova is designed to allow the emulation of common effects such as arc welding and emergency vehicle strobes without offending the sensibilities of rolling-shutter cameras. There are a few interesting dimming modes on offer, too, including one with an awareness of f-stops and luminance levels given the distance of the subject from the light, which can make things like interviews very fast to set up. It's about the most sophisticated idea around in terms of its specific visual effects capability and we'll look at one as soon as they're available to be looked at.

Exhibitors such as EUNetworks are interesting both because of their current activities, which concern high-bandwidth data communications, and because of what the future holds. Right now, the provision of bandwidth high enough to support modern post production (and production) workflows is somewhat geographically limited, although EUNetworks already own a healthy infrastructure serving 45 cities in ten countries. With basic cellphones now providing connectivity measured in tens of megabits, or several times the bandwidth of a hardwired network of yore, it's clear that data connectivity is likely to quite significantly alter the way things work. At some point, it will become possible to transfer rushes, at full quality, from any location on the planet to a postproduction facility. We aren't there yet, at least not in very remote locations, but when it becomes affordably possible, companies such as EUNetworks will be the people who make it happen, and companies such as NewTek, with their IP networked video production equipment, who make it do something useful.

Overall, it's difficult to realistically encompass the extent of a show with such a broad reach. Where rental house VMI, various drone camera people and storage manufacturer G-Technology are exhibiting alongside the Jockey Club (yes, horse racing – that Jockey Club, the one founded in 1750) it's pretty clear that the organisers have cast a broad net. Maintaining this sort of broad awareness of what's going on, while certainly representative of a soft skill, is healthy. As such, the Media Production Show is therefore more likely to surprise than other, more focussed exhibitions which often concentrate perhaps a little too hard on the toys.