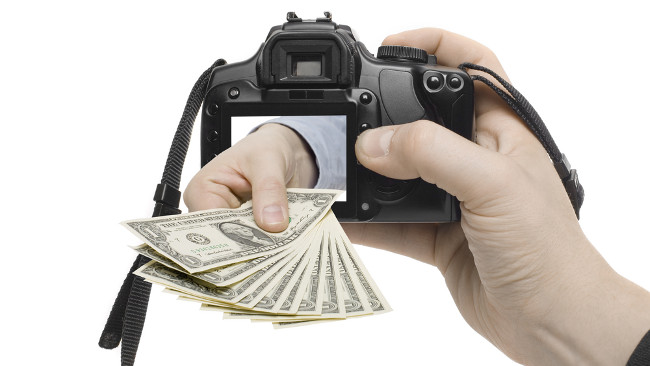 Replay: Phil Rhodes on the seemingly unending delays that companies place on payments to freelancers and the top categories of excuses that tend to crop up whenever the invoice is chased.

We usually cover things which are of specific interest to the film and TV industry. That holds true for this piece as well, but it's inevitable that many of the things we're about to discuss will enjoy understanding, if pained understanding, among the self-employed and owners of small businesses the world over. This one is about all of the reasons they have for not paying you.

Don't worry, I know that most freelancers will immediately recognise that this could mean an article that goes on almost indefinitely, so perhaps we won't cover absolutely all of the reasons, but we'll hit on a few of the most common problems and rely on you, dear reader, to expand on your own experiences in the comments below. Who knows, perhaps we can collectively create a resource to which recalcitrant clients can be linked in an effort to shorten the inevitable back-and-forth that comes with these situations! Why, it's practically a public service.

Perhaps one of the most difficult modern maladies is that of the external agency which handles incoming invoices for a client, making it more difficult to chase overdue payments because the people you work for aren't even in the same building (or even on the same continent) as the people who actually do the bank transfers. Invoices disappear into a black hole and finding out exactly which bit of minutiae they've failed on – a missing address, reference number, or other piece of inane detail that's never been required by any other client – can require hours of work.

If anyone's ever had a less-than-revolting experience with one of these outfits, do tell us about it in the comments below. Until that happens, however, the "scanning bureau" (as if anyone sends in hard copy anymore), the "fulfilment agency" or the "invoice handling company" will remain a significant red flag to self-employed people.

The person responsible isn't in the office this week

It's not particularly surprising that most companies don't allow the office junior to sign cheques, but the fact that the managing director has been on a cruise for a month is still not the problem of the person to whom the company owes money. Perhaps there's something specific about film and TV work that provokes the creation of companies whose bank accounts are jealously guarded by a single individual. Perhaps there's something else about TV producers that means they're more likely than the average chief financial officer to be out of the building, sipping cocktails with starlets at a poolside soiree, than many other members of society. Either way, the combination is toxic to the out-of-pocket supplier, who ends up with neither the cocktails, the starlets or the ability to afford either.

You just missed the last cheque run, there's another in a month

This is another of the long, long list of excuses which are fun to try on, say, supermarkets. Or restaurants. "I bought something this morning. I won't be buying anything else until a week next Thursday!" It would be interesting to find out who invented the concept of the monthly cheque run; it might have been a television producer keen to spend less time signing cheques and more time sipping cocktails with starlets. Either way, the need to align invoicing behaviour with an arbitrary window of acceptability is a trick at which many freelancers will have become expert.

You didn't put our address on the invoice. No, not that address.

Much as the registered address of a corporate entity is a legally important thing, it remains the case that very few clients have historically needed any reminder of their own location. This remains the case even if such a thing were somehow connected to their ability to cut cheques or arrange bank transfers, which it probably isn't. And that's before we've even considered the reality that many companies don't actually operate in any realistic sense from their registered address, especially if that address was registered when the company existed only as a piece of paper in someone's drawer. This generalises to the complaint that "you didn't put X on the invoice," where X is a piece of information known only to the company and which was never mentioned before the job was booked, executed, completed and delivered.

We haven't been paid by our client

This phrase has been found inscribed on stone tablets from the days of the Pharaohs and, although I might have made that up, I think the point remains: the intangibility of the client's client is something that frequently frustrates. Freelancers are, in polite society, not permitted to approach the client's client and demand money, effectively neutering all but the nuclear option of legal action. What's less frequently discussed is whether the liquidity of a bona fide television company should really be so limited that each production is fundamentally internally self-funding, with not even a single production's worth of funding available to bridge the inevitable gap between delivery and payment.

We could, I fear, go on all day. The particular aggravation for freelancers is that the complete insecurity of employment creates a need to be liked by one's clients, making it difficult to complain even when the customary point of contact is actually someone who's empowered to solve the problem. What's key to all this, though, is that ultimately there's only one answer to any of these problems: it simply isn't the freelancer's problem. Purchase order numbers, external fulfillment agencies, addressing requirements and other minutiae are inventions of the entity being invoiced; in theory, there's no end to what could be invented and no end to the delays that could be introduced.

While it is, of course, polite and proportionate and entirely reasonable to ensure an invoice is set up the way a client prefers it, that can't be an endless excuse. Often, it's very difficult for film and TV companies to deny invoices entirely, because the production will have been broadcast or put online or otherwise introduced to whatever distribution channel was intended for it. In that situation, the number of acceptable excuses is somewhere very close to zero.