Update on the sale of Sony Vegas to Magix (Further update: Sony's own statement). 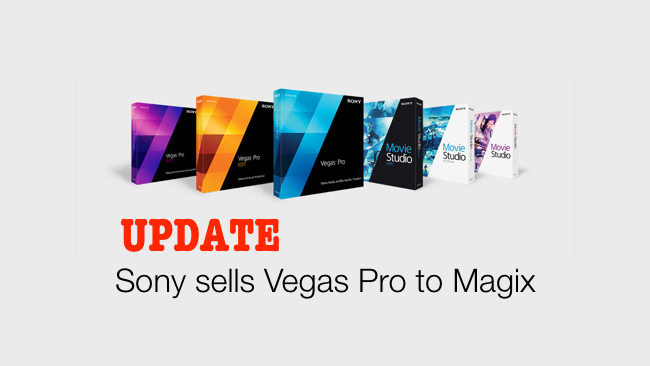 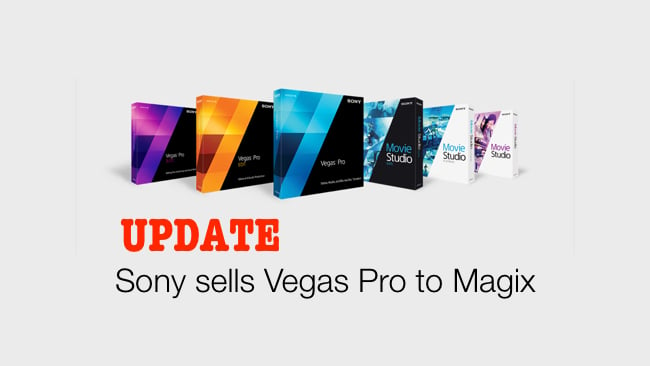 Update on the sale of Sony Vegas

Here's a quick update on the sale of Sony Vegas to Magix, including Magix's response to the sale, and Sony's own statement.

OK, nothing much new to see here, but confirmation that Vegas, Sound Forge etc. seem to be in good hands. We emailed Magix this morning and the company gave us the following information:

"We purchased the Sony Creative Software products, including the full Vegas Pro, Movie Studio, Sound Forge Pro, and ACID Pro product lines. We'll continue to innovate and support all SCS customers who purchased products from Sony. We already plan new versions of Vegas Pro and Movie Studio this autumn. The SCS Catalyst Browse and Catalyst Production Suite will continue to be developed by Sony for professional broadcast and production applications."

I get the impression that this is a very important purchase for Magix and that the Berlin-based company will continue to develop the former Sony products.

A lot depends on whether Magix takes on the Sony developers - at least to some extent. I have a feeling that Magix will.

More answers soon. I’m sending some specific questions to the company. So far, I’ve found them approachable and open. This bodes well for the future of this much-liked suite of software.

We've just received a statement from Sony which sheds more light on the sale of the Sony Creative Software (SCS) products to Magix.

Sony seems to want to reassure Vegas customers that they'll be in good hands:

"The MAGIX team has a unique expertise in software and will breathe new life into these storied media titles for professionals and consumers".

Crucially for the wellbeing of Vegas under its new owner, Sony says that Magix has hired some former SCS employees:

And Sony itself will continue to employ developers for what remains of SCS in Middleton/Maddison Wisconsin.

Here's their statement in full:

Sony Creative Software (SCS) has sold the majority of its products to MAGIX Software GmbH.

SCS will remain a part of Sony Electronics and will continue to own and distribute its Catalyst Browse and Catalyst Production Suites. These products will continue to be developed by Sony for professional broadcast and production applications.

By purchasing the full Vegas Pro, Movie Studio, Sound Forge Pro, and ACID Pro product lines from SCS, MAGIX is further cementing its position in the market and accelerating its international growth as a leading creator of video, music, and photo-editing software and apps in Europe and the U.S.

“The MAGIX team has a unique expertise in software and will breathe new life into these storied media titles for professionals and consumers,” said Alec Shapiro, president, Sony’s Professional Solutions Americas. “Our suite of Catalyst products has carved a unique niche in the production community. We will focus on developing these technologies and making them even more powerful workflow solutions for our professional broadcast and production customers.”

“These products from Sony Creative Software are the perfect addition to our portfolio,” said MAGIX CEO Klaus Schmidt. “We have already strengthened our presence in the United States in order to propel development and sales. This autumn, we plan to release new versions of the video-editing programs Vegas Pro and Movie Studio, which are heavily oriented toward the customer requirements of today.”

The Sony Creative Software team will continue to maintain a presence in the Middleton/Madison, Wis., area. These will be working on Sony's Catalyst software suite.