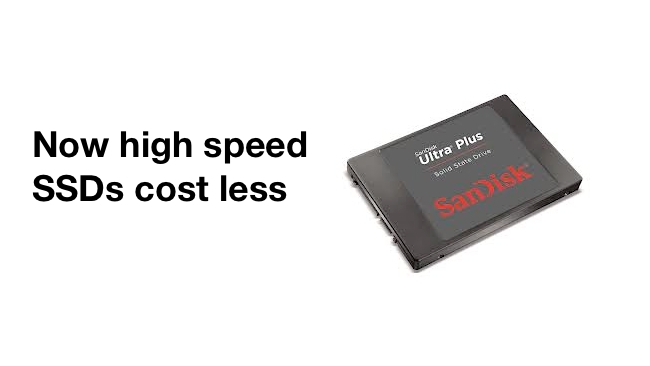 A key attribute of the new storage devices is that despite their above-average speeds, the cost is less than for comparable devices.

The snappily-named SanDisk Ultra® Plus SSD is based on SanDisk's "industry leading" 19 nanometer process which the manufacturer claims is the world's smallest architecture for SSDs.

Drives are able to read at up to 530MB/Sec and reach up to 445MB/Sec when writing.

As we've recently noticed in RedShark, SSD prices have been plummeting but usually at the lower performance end of the spectrum.

We're hoping that this could be the start of another change in the storage business: higher performance as well as higher capacities at lower prices.