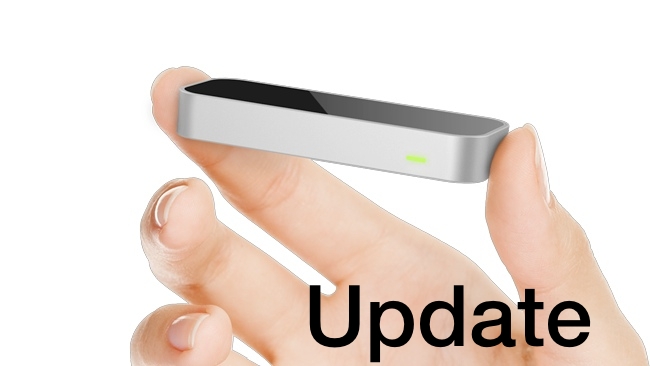 Asus prepares to bundle Leap Motion controller in a sensational boost for motion control user interfaces. This really could be the future of video editing

Just two weeks ago we wrote about Leap Motion's uncannily accurate 3D motion-sensing technology which can track all your fingers at a higher-than-video frame rate, to a sub millimetre accuracy.

We speculated that it might be an indication of the future of editing user interfaces.

Well, nothing prepared us for this.

Asus, "one of the largest consumer notebook vendors and the maker of the world's best-selling and most award-winning motherboards…" has signed an OEM partnership with Leap Motion to bundle its motion controller with Asus computers.

Not all Asus products will be included in this deal but the fact that a company the size of Asus is ready to sign contracts like this is a jolt to anyone that might have thought Leap was little more than a proof of concept.

It remains to be seen what they mean by "bundle".

Presumably, this means, initially, that the controller will be included with the laptop and all-in-one Asus computers, but, since this is an OEM deal, one wonders whether the Leap technology might not actually be included in the computer itself. It's certainly small enough.

If this sets a genuine precedent; if it means that in a year or so all computers will have an extremely accurate 3D motion-sensing technology built in, then the starting gun has been well and truly fired for the race to build the ultimate mouseless, touchless user interface.

SAN FRANCISCO – January 3, 2013 – Leap Motion, the motion-control software and hardware company changing the future of human/computer interaction, today announced one of its first global OEM partnerships. ASUS, a leading innovator in personal computing products, will bundle the revolutionary Leap Motion controller with select new computers. In an industry first, ASUS will also bundle the world's most accurate 3-D motion-control technology into new high-end notebooks and premium All-in-One (AiO) PCs later this year.
ASUS is one of the world's largest consumer notebook vendors and the maker of the world's best-selling and most award-winning motherboards. The ground-breaking partnership brings the future of computer interaction-Leap Motion's incredibly fast and accurate natural user interface-to millions of potential consumers around the world.

Leap Motion's incredible speed and precision are helping fuel its momentum and leadership in the industry. Leap Motion's technology can track movements to 1/100th millimeter-smaller than the tip of a pin-with no visible lag time. The Leap Motion controller has a 150-degree field of view, and tracks individual hands and all 10 fingers at 290 frames per second.
ASUS plans to bundle the Leap Motion controller with its upcoming premium All-In-One (AiO) PCs and high-end notebooks for global distribution.

"Our commitment to innovation and exceptional quality drive us to provide the best technology to our consumers," said Alber Wu, Desktop Division Senior Director at ASUSTek. "Leap Motion has developed an exciting technology that will truly enhance the experience our customers have with their ASUS devices, opening a world of opportunity for personal use and business, from entertainment to architecture to education. We're proud to be one of the first companies to partner with Leap Motion."
"As OEMs adopt 3-D motion control technology, they're spurring a rapid evolution in computer interface innovations and helping free the full power and potential of computing for consumers," said Leap Motion co-founder and CEO Michael Buckwald. "This historic partnership with ASUS is an important step in building global adoption of the new computing paradigm Leap Motion's technology offers. We're delighted that ASUS shares our outlook on the future of human/computer interaction."

In May 2012, Leap Motion revealed its technology and controller to huge global excitement, with its introduction video garnering more than 7 million views. More than 40,000 developers worldwide have requested to work with Leap Motion, and the company has sent out 12,000 free units to developers to foster the creation of new applications.
Leap Motion has won innovation awards from Popular Science, Popular Mechanics and Fast Company, and will present a featured session at the 2013 SXSW conference. The Leap Motion device will ship to consumers early this year, and can be pre-ordered for $70 at www.leapmotion.com.