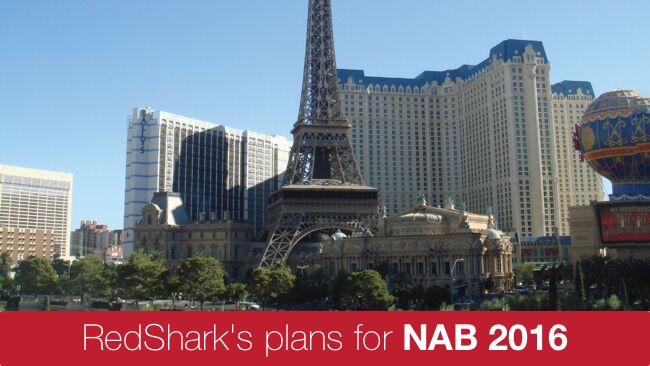 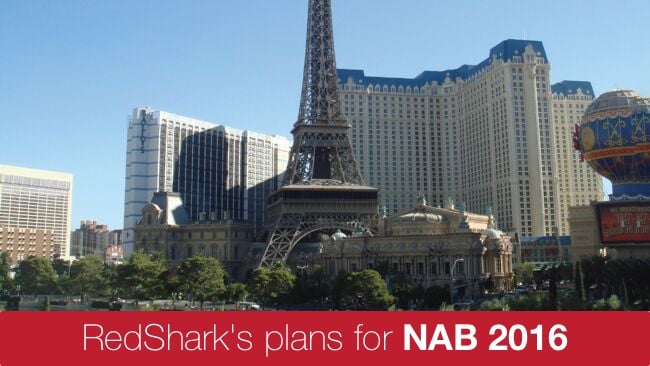 Of course, not everything you see in Vegas is real...

April’s here, and while it will take a few days for all the foolery to get shaken out of the tech websites, we’re just about have a massive focus on what’s actual and real, as we go to the biggest film, TV and broadcast technology show on Earth.

We’ll have our biggest presence there ever this year with seven of us, four from the US and three from Europe, arriving in Las Vegas a few days before the show starts on 18th April.

Needless to say, this is where the year’s biggest announcements are made. Right now, every company that exhibits at NAB will be putting in extra-long hours to finish the products they’re going to be showing for the first time in Las Vegas. You never know what’s going to turn up. Sometimes the biggest announcements come from unexpected places. A few years ago, a company famous at the time for making video converters and interfaces suddenly because a camera manufacturer.

What we do know is that there will be three huge new areas of interest at the show: HDR, Virtual Reality and 8K.

In the space of only two years, HDR video has gone from a technology demonstration to a consumer product.

The wonderful thing about HDR is that you don’t need to be an expert, or have particularly fine eyesight, to see that it’s a massive improvement over conventional video. Put an HD and a 4K monitor next to each other and the chances are that most people wouldn’t notice the difference as they’re walking past. But HDR stands out at any resolution. It’s just noticeably better. We think HDR is the most important advance in video for decades. Watch out for a huge number of HDR announcements from Las Vegas.

At last, VR headsets are available and affordable. This year, more people than ever will experience virtual reality and - if it’s good enough - they won’t want to come back. The games industry has a massive advantage over film and TV because their technology easily adapts to VR. But how will the world of movies and television translate to a 360 degree experience? The honest answer to this is probably that nobody really knows. And that’s why it’s so fascinating right now: we’re going to see all kinds of “out of the box” thinking about how to capture video for the VR experience.

We know that 8K for Canon is a work in progress. RED already has an 8K camera. It’s probably because 4K has been adopted so quickly that nobody is surprised any more to hear that 8K is waiting in the wings. Nobody has 8K in their living rooms right now, but it is always going to be the case that in acquisition, it’s better to have more information. If it’s possible to shoot and post produce in 8K, then why wouldn’t you? This year we’re going to see how quickly the world of film and TV production is going to move towards 8K.

Meanwhile, exepct to see a plethora of cameras and worflows designed to work in the space between 4K and 8K. Blackmagic's URSA Mini 4.6K and RED's Scarlet-W 5K are good examples.