Why did Foxconn buy into GoPro? 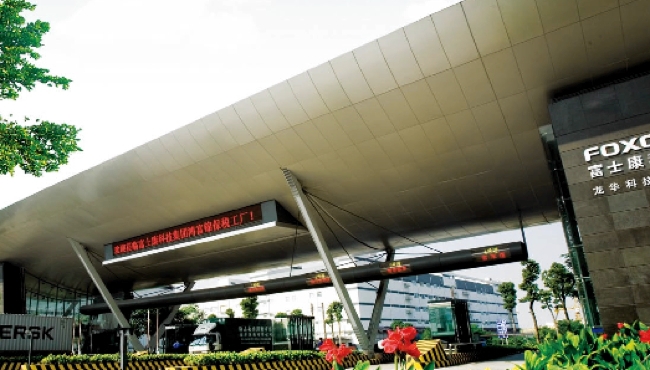 Who's the biggest electronics manufacturing company in the world? Samsung? Sony? Apple?

No, it's Hon Hai Precision, only slightly better known (and only because of Apple) as Foxconn. This 200,000-employee company probably makes most of the things that you like to spend your money on.

The scale of these megagiants is hard to comprehend. They don't just build computers from parts: they make the parts, and they make the bits that make the parts. Essentially they take metal ore, plastic granules, coal, water and sand in at one end, and they send computers, phones, camera and games consoles out at the other.

It is, quite literally, a factory the size of a city.

All of which makes yesterday's announcement that Foxconn has bought an 8.8% stake in GoPro something of a surprise - not least because it values GoPro at $2.25 billion. (Actually the investment is in Woodman Labs, of which GoPro is a trading name).

Foxconn says that "GoPro makes the world's most versatile cameras".

Terry Gou, Foxconn's Founder and CEO will have a place on GoPro's board, and talks effusively about Nick Woodman, GoPro's founder: "The first time I saw Nick Woodman, I immediately know he was an outstanding entrepreneur who has the caliber to be very successful in this business".

Foxconn's core business is making products for well-known manufacturers, not competing with them. But is this the first sign that Foxconn is flexing its muscles before becoming a consumer electronics brand in its own right? Or is it going to achieve essentially the same thing but undercover, content to merely own the brands it sells its products through?

Because of this, all of your previous perceptions about the relative size of electronics brands are quite possibly invalid. One suspects that if it wanted to, Foxconn could simply become the next Sony, Samsung or Apple. It's not as if it doesn't know how to make the stuff.