Christmas is coming, but that doesn’t mean there’s no news! 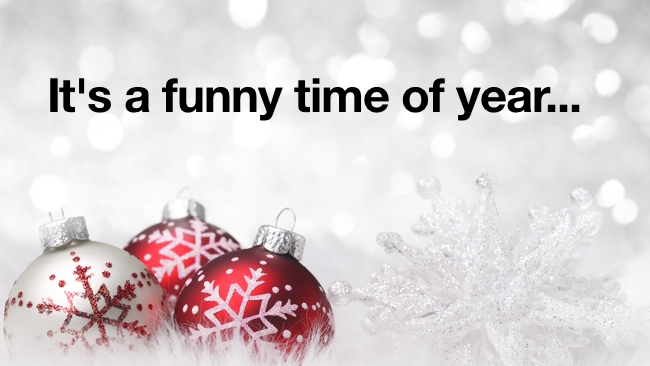 This is a funny time of year for any online technology publication. With Christmas coming up, you’d expect that nothing much would happen until the new year. But that's not quite right.

If anything, it’s partially true: not many companies schedule major product announcements in the couple of weeks leading up to the holiday. But some do. Last week, RED - in a completely unexpected move - revealed their new Scarlet-W camera.

Actually you can see how this might happen. When you design a new product, much as you’d like to be able to schedule its launch a year in advance, there’s always the possibility (actually the likelihood!) that it’s not going to be ready in time, for the simple reason that if there are problems to be solved, you don’t know when they’ll be sorted until they’re actually solved. Not knowing how to do a bunch of things is not helpful for scheduling, but it is the reality for anyone designing tech equipment.

So, we may never know when RED intended to announce their new camera. It may well have been intentional that they revealed it around two weeks before Christmas - but it might not have been.

There’s another reason why this time of year isn’t as quiet as you’d think. It’s the Consumer Electronics Show, in Las Vegas, at the start of January. This is pretty much the biggest launchpad in the world for a very wide range of tech products. It’s not as big as it used to be. Apple isn’t there any more. They pulled out in 1992 (although given the sheer volume of Apple Accessories, you’d be forgiven for thinking the company itself was there, somewhere).

And even though Microsoft pulled out in 2012, we expect them to have at least some presence there, not least because of its phones and its Surface tablets.

The funny thing is that with CES, the press releases start flooding in just before the Christmas break. Most of them aren’t exactly relevant to us (USB Rice Boilers, anyone?) but lots of them are, especially when it comes to TVs.

We may also see some lower-end (but that could include prosumer) video cameras and DSLRs/Mirrorless cams being previewed, although expect the really big news to be saved for the bi-annual PhotoKina in September.

So, between now and when we all return to the fray in earnest on 4 January we have a range of replay articles cued up: some of the best-read, most-commented on and widely discussed articles that we’ve published over the previous year. But we will still keep our journalistic ears to the ground and, whatever transpires, if there’s big news you’ll see it here first.

As the famous British motor racing commentator Murray Walker once put it: “I interrupt myself to bring you this.”

In the meantime, we wish all our readers a Merry Christmas and a prosperous New Year. Complements of the season to you all.