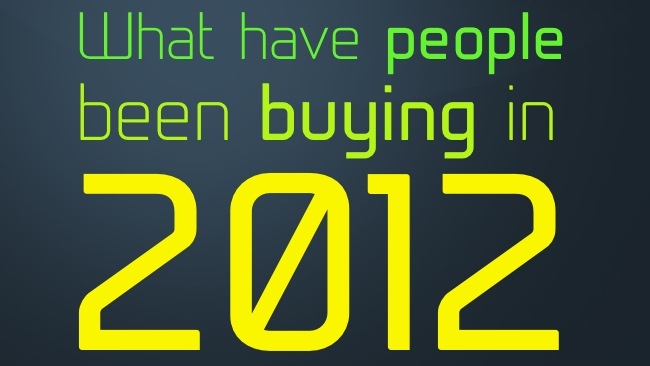 What have people been buying in 2012

Probably the best way to find the real trends of the past year is to understand what people have been buying. And few would know better than Peter Savage, Managing Director of Azule Finance, a Berkshire, UK - based finance house supporting the creative industries

RedShark: Peter, what trends have you seen in the last year in purchases of Cameras?

Digital Cinematography
Last year saw a big focus on 4K from manufacturers with Sony's F65 and the RED Scarlet coming to market in the early part of the year, and the Sony F5 and F55 being announced at the end of October.

There's no doubting the quality of the images that come from 4K, but until workflow and delivery platforms that can handle the massive amount of data are developed and widely available, 4K will only be option for the very high end.  ARRI have had another strong year with the Alexa and for now the market for high-end drama has settled on 2K.  The Alexa Studio shipping in late 2011 and Alexa Plus 4:3, unveiled at NAB has added to the success of the Alexa system.

The 4K push from manufacturers looks set to continue and I believe that it will continue to develop over the next 12 months as more post-houses become familiar with the workflow and initial concerns are laid to rest and we see an increasing number of features shot in 4K.  The digital cinematography market also looks set to grow from strength to strength and Panavision's return to the camera market will give it yet another shot in the arm. 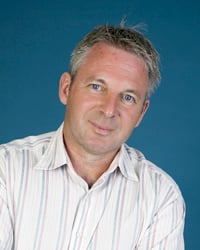 2012 was also the year that 3D found its niche in broadcasting live events like the Goodwood Festival of Speed and Isle of Wight Festival providing some fresh, original content for Sky’s 3D channel.
ENG
For ENG, Sony’s introduction of handheld XDCAMs with the launches of the PMW-100, PMW-150 and PMW-200 proved popular, especially the PMW-200, which meets the BBCs camera requirements and is available for sub-£10k.
DSLR
Using DSLR cameras for broadcast video provided a cost-effective way to get a cinematic look and feel without breaking the bank, but reliability was always an issue - DSLRs were never a great choice for productions that required long, continuous shooting.  The introduction of large sensor camcorders at more affordable price points essentially removes the market for DSLRs on video shoots.  Cameras like the Sony FS100 and FS700, Canon C300 and the Blackmagic cinema camera for around £2.5k provide options for filmmakers and broadcasters that deliver the same look and feel, but with much greater reliability

RedShark: What interesting changes have you seen in in post-production in 2012?

One of the major recent developments is undoubtedly Apple's introduction of FCPX and the response of post production facilities whose workflow was centred on its predecessor FCP7.  Lacking support for older file types and the unfamiliar interface left many professional editors frustrated and played into the hands of AVID, whose editing systems have been taken up by previous Apple users.

The whole industry is well on the road to becoming fully-IT based, which brings with it all new challenges and opportunities.  On one hand, working from remote servers brings the cost level right down and means that post production companies can set up for as little as £20k, while at the same time this places yet more pressure on the mid-sized facilities who can’t compete in terms of scale with the top companies, and are now being undercut on price by new boutique outfits.

The past year has also seen the production and post-production industries become more focused on attracting and retaining talent than having the latest kit.

At Azule, we've seen the bigger facilities like the Farm and Envy continue to invest, but the focus seems to be shifting from technology to talent.  As the industry becomes more IT-based the costs of implementing new systems goes down, but the main battleground is now for talent.

As the industry moves towards more IT focused workflows and operations it becomes even harder for production and post-production companies to secure finance from traditional sources to upgrade.  The fact that there are no tangible assets to borrow against means that specialist finance and leasing companies like Azule have a much more important role to play in enabling companies to implement new technologies and stay at the forefront of the highly competitive post-production industry.

In terms of Post-production equipment, technological advances make it easier than ever to make a versatile and feature-packed solution that does almost everything you would need, and this has had a polarising effect on the market. Companies at the top and at the bottom have seen growth, but mid-sized post-houses have struggled. The boutique post-houses at the smaller end of the market are making money because entry level kit is becoming less expensive, meaning that almost anyone can afford to set up with low overheads.

The BBC's Olympics coverage is a great example of multi-platform delivery in action.  Broadcasters and distributors are now after much more content for online, interactive TV, smartphones and tablets, without radically increasing their cost-base.  Many post-production companies have found creating digital content for multiple platforms a real challenge, not only in terms of the increased workload for individual projects, but also the business impact of offering multiplatform services.  Over the next 12 months production and post-production companies will need to focus on how they can adapt their existing business models to produce additional specialist content in a way that is cost-effective to meet the changing demands of the broadcast industry