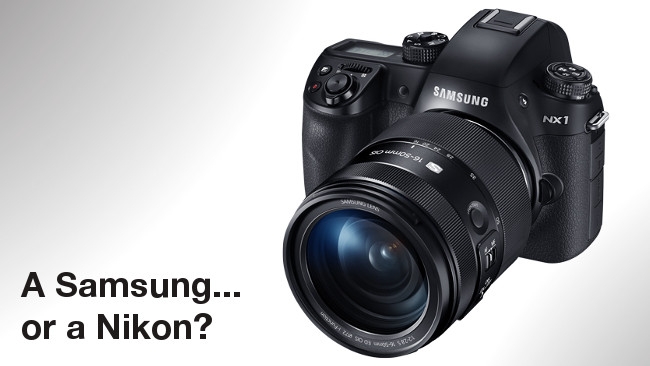 It's a hot rumour and one that will likely be confirmed or denied in the coming weeks, but what could a possible union between Nikon and Samsung camera technology mean for the camera industry at large?

[Please note this is a RUMOUR and comes with the caveat that it might, might, be a lot of hot air.]

Over the years, we've become increasingly careful about the publication of rumors, especially as they pertain to new camera releases. The following rumor, as broadcast by 'Mirrorless Rumors', does involve new cameras down the line, but is so potentially colossal and impactful that we are compelled to share and discuss.

Here's the rumor (which references yet another rumor): There have been whispers about Samsung shuttering its camera business...because it's selling the business to Nikon.

According to Mirrorless Rumors, "Nikon will use Samsung NX resources to launch their professional mirrorless system." What precisely this may mean for to-be-developed cameras is a subject of speculation. The 'sources' for this news are on the Samsung side, so that may partially explain why there's little information as to Nikon's intentions.

It remains to be seen if Nikon will utilize Samsung BSI sensors, processors, video technology or even mounts. Sensors might make the most sense, as Nikon has previously used Sony sensors in its products. But if this rumor proves true, it places Nikon in a much better position to compete with Sony, through its newfound ability to leverage Samsung sensor tech and influence further sensor development.

Of course, when we learn the framework of the deal, if there indeed is one, it will provide the clarity that we presently lack. But a potential Samsung/Nikon collaboration for camera tech, no matter what the terms, could impact the industry in profound ways.

We'll keep you posted as this story develops.