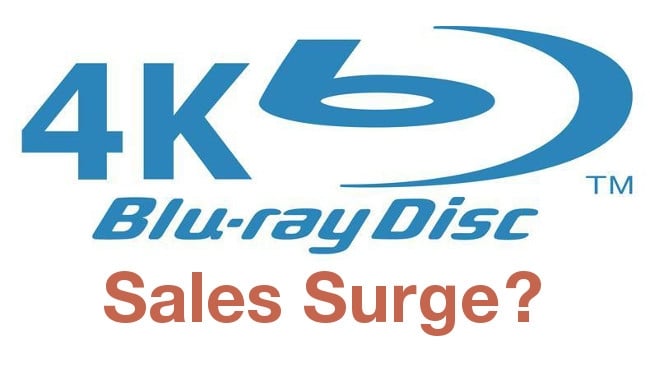 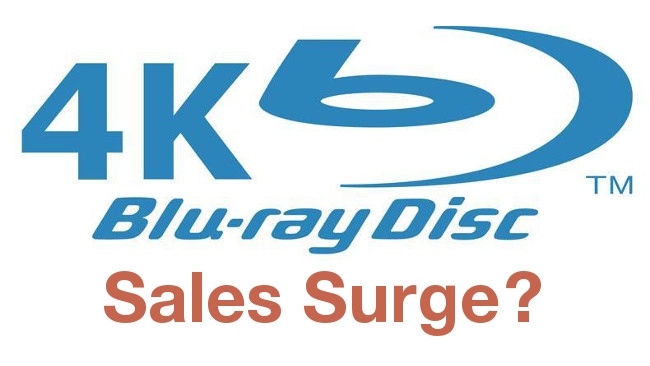 Perhaps physical media isn't dead after all, as industry experts predict a surge in sales for 4K Blu-ray discs.

The decline of physical media is readily apparent anytime you stroll the DVD and Blu-ray aisles of your local big-chain electronics store. The sections for video discs are still present, but you won't find nearly as many customers as there were just a few short years ago. The rise of streaming video options, such as Netflix and Hulu, and OTT devices, like Roku and Chromecast, has hastened the sure demise of consumer physical media for video playback.

Sure, the recent trends for physical media sales are not good. According to a report released by the Digital Entertainment Group (and brought to our attention by 4k.com), "physical packaged media sales," dominated by DVDs and Blu-rays, have dropped 14% this year. But, there might be a real reason to believe in the comeback of physical media.

4K Blu-ray to the rescue

A dramatic boost in the sales of consumer physical media could be just around the bend. As 4K televisions gain in popularity (or as HD models get pushed to obsolescence and, therefore, off store shelves), there will be an increased appetite for premium 4K content that shows off what these new televisions can do, including high-dynamic range (HDR, for those televisions with such capability and HDMI 2.0a ports).

While streaming providers have jumped on the 4K bandwagon, 4K HDR support lags a bit, with Amazon as the lone company at present that offers some 4K HDR content. Still, these streams top out at maybe 25Mbps, whereas Blu-ray offers video at a much more robust 100Mbps. (For more info on 4K Blu-ray specs, check out our previous article on the subject).

Regardless of whether 4K Blu-ray takes off in 2016 and 2017, as predicted by some industry experts, a long-term resurgence of physical media is still unlikely. Eventually, streaming options will close the quality gap as the average user's available bandwidth climbs and companies leverage that extra space. Higher bitrate streams and broader HDR support are coming, but could still be several years away. In the meantime, we'll have 4K Blu-ray as the means to deliver the best possible image for our 4K HDR televisions. Just don't be surprised that if, in a decade or so, we're using those same discs as coasters.