Why more needs to be done about working for free [Opinion] 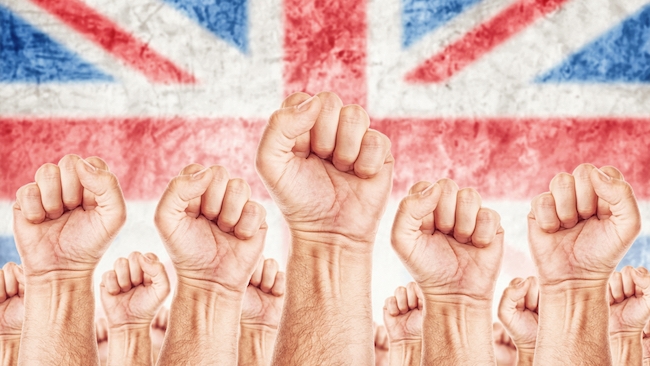 The union gap: Our feature on the Culture of Free touched many nerves, with Phil Rhodes, for one, arguing that the unions in the UK especially are not doing near enough to help.

I was heartened recently to see a piece by the estimable Andrew Johnstone here on Red Shark advising people not to work for free. He's absolutely right, but it does uncover a sore, not to say actively bleeding, point: who's actually working to do anything about this situation?

Well, us, of course, and let's say it again: don't work for free, ever, not even when you're starting out. Work for minimum wage, or in extremis work for expenses and a meal every four or five hours, but don't ever, ever work for free. To offset the inevitable criticism from libertarian extremists, yes, it is the choice of the individual to work for nothing, and equally their choice not to do so, but unfortunately such a principled stance has little more than theoretical value in a situation where someone else certainly will work for free. Either way, it seems likely that these circumstances exert at least some influence on the socio-economic composition of the film and TV workforce, which may be affecting the previously-favourable reputation enjoyed by it. I mean, has TV got better or worse in the last ten or fifteen years?

The organisations which should be involved in enforcing reasonable working conditions, other than the workers themselves, are the government, inasmuch as working for free is skating close to the edges of the law, and secondarily the unions.

First, government. The UK government has long relied on fantasy statistics to claim that the employment situation overall is far less dire than it really is. Under the current system, a film funded by American companies with American principal creatives, Czech crew and American actors is a British film because part of Prague is standing in for historic London and the cast are doing English accents (as regards items A1-A4 in the test for “cultural content”, achieving the required 18 points). Some years, there have been claims under those criteria that 600 British films were made.

A more realistic assessment, based on a more commonly understood criteria of nationality, would be somewhere under 10% of that number, even allowing for productions where most of the profits flee back to Hollywood. If you want to find truly British movies where the profits stay at home, good luck: you won't need both hands to count the number made in a year, especially if you want to consider only productions which actually make a profit. In reality, it just isn't a big enough industrial lobby group for any likely UK government to care about.

But while the paucity of available work is an aggravating factor, there's another issue at play which is genuinely disturbing: the behaviour of some trade unions. It's hardly controversial to suggest that many unions operate in a slightly murky moral waters, a zone in which requirements are made as to the reputation of members but where unions make no enforceable guarantees about the quality of the people they represent. Even based on just that, it's impossible to avoid the idea that pay and conditions are probably being bolstered for members based on the exclusion of non-members; the union is, by whatever means, artificially narrowing the field.

This is easier to do in the US, where it is normal for unions to require considerable and very specific experience for entry, at least to certain grades, and for them to demand high fees both on initiation and annually. Of course, after the UK labour relations upheavals of the 1980s, it's possible for more or less anybody to become a member of a union, but there have already been fairly identifiable efforts toward internal exclusivity mechanisms. At least one organisation, for instance, is pushing formalisation of the traditionally ad-hoc qualification process that requires apprenticeship under an existing practitioner. Reasonable enough, one would think, until we realise that the formalisation of this process allows that union branch complete control over who can get the qualification and, ultimately, who can work on certain kinds of show.

But this is a sideshow, and the term “certain kinds of show” is crucial. The care afforded by unions to prospective or junior members is often very slight, which can be very unfair, even though there are things they could easily do. Still, squabbling over the scraps of work available is a symptom: a symptom of the lack of work, the American domination of the market, and the lack of government interest in what could be a valuable export industry and a source of many skilled jobs.

I present no easy answers; there are things that could be tried, probably many individually quite trivial things. In the meantime, though, there has never been a more hostile environment for new entrants, whose youthful enthusiasm, which could offer so much, is likely to be incinerated on the pyre of nepotism, self-interest, and simple neglect.

But whether this sounds like you or not, regardless, don't ever, ever work for free.