Why cameras are designed the way they are 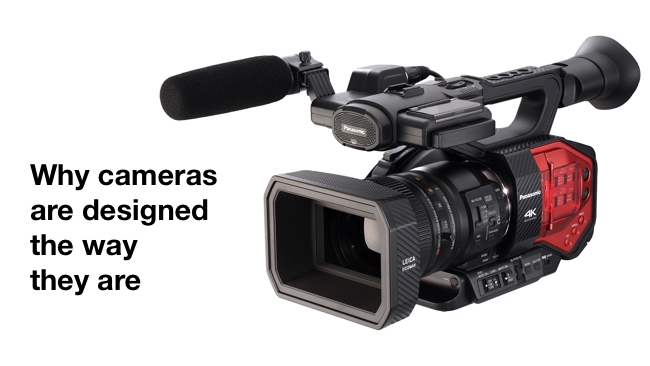 Why cameras are designed the way they are

A close look at the complex process of camera development and the way that manufacturers decide what cameras to make and what niches to fill.

Have you ever wondered how cameras are designed? I don't mean in the sense of the original research that makes things possible, but, given that so much is now technically achievable, how are cameras designed to fit into a particular market niche?

From a consumer point of view, it can get pretty frustrating, knowing that some, if not most, features could be added at very little cost. Why not put them all in, make a better camera, and then no one would ever have to buy anything else?

But from a manufacturer's point of view, that would equate to commercial suicide, at least in the mid-to-long term. Why? Because businesses have to pay their bills, which includes their salaries, which is the reason that people work there. People create products and without the people, there would never be anything new.

So the commercial world exists in a sort of mutually agreed stand-off, where consumers agree to pay nuanced amounts for nuanced upgrades and features. The extreme rate of progress shines a harsh spotlight on this uneasy equilibrium. It's fascinating to see how it all pans out in this era of digital devices that cost a fiftieth of their price fifteen years ago.

I first came across this phenomenon with video cassette recorders. You'd find one model that cost five hundred pounds and another, superficially identical, that cost six hundred. The only difference was some cleverer way of scheduling recordings (or something like that). Someone told me that both models were actually the same, but that the more expensive one had that feature enabled. It felt frustrating because the logical outcome of that was that the cheaper model had a feature disabled and that felt, if not outright wrong, then frustrating at the very least.

This was not a new phenomenon, even then. I read once that a well known global computer company used to sell printers that could be upgraded. You had to pay handsomely for this enhancement. When the engineer called to "perform" the change, he or she would lift up a flap on the side of the printer and shift a drive chain from a big cog to a smaller one, thereby speeding up the print rate. Presumably, they used specials screws so the user couldn't do it themselves!

This type of thing might seem mean-spirited and, in some current cases, it may still be, but mostly it isn't. It's just that if all products were the same, then there wouldn't be many products. And ultimately, there wouldn't be any.

With the important disclaimer that I'm not an expert on economics, you can illustrate the point by thinking about money itself. If it seems odd, and perhaps a bit mean, that two cameras that are physically identical can be priced differently depending on their enabled features, then what about currency notes? US dollars are famously the same size and mostly the same colour. It is literally only what's printed on them that distinguishes whether it's worth a dollar or fifty. Nobody seems to mind this, except when they mix up the two and tip a taxi driver more than the entire cost of the ride. So this isn't about features: it's about definition.

And so it is with consumer and professional products. Manufacturers define what they're going to cost. Within limits.

Those limits are that their definitions have to seem reasonable. In other words, if you're going to charge extra for a feature, it has to seem to be worth that extra amount. To some extent, this is self-regulating, in that if no one thinks a particular feature is worth the money, then they won't buy it. Mostly people don't stop to consider whether the feature is already there but disabled.

The situation becomes a bit foggier with software. Modern cameras have flexible digital electronic hardware that can often be significantly upgraded with new software. In fact, it's not unusual for cameras to be released and on sale well before their development has been completed. And that's OK, as long as everyone understands that dynamic. But even if you don't, as long as you buy on the basis of features that are here now, then you can only be pleasantly surprised.

Now, what happens when a camera manufacturer sits down to design a new camera. How do they decide what features it should have, what the specifications should be, and how much it should cost?

I know a little about this, having worked as a copy writer for a major camera manufacturer. I wasn't privy to much of the design phase, but I certainly saw how the process to position cameras in the market works out.

The first assumption is that the camera isn't going to do everything. Given that, it's important to identify the region in the company's model range that might be ripe for either an upgrade or a new camera where there wasn't one before.

Identifying gaps of opportunity isn't necessarily an quick or easy thing. As waves of new technology wash over the existing model ranges, it's not always clear that existing cameras should be replaced with better ones based on similar ideas. At some point, newer, groundbreaking cameras can appear. These days this is happening more and more often.

Let's look at two recent cameras and see how them might have come into being in their present shape.

The Sony FS5 is a smaller relative to the FS7. It's designed to be cheaper, yes, and it doesn't have quite the codec capabilities of the FS7 (although XAVC Long GOP is a surprisingly high quality codec for it's relatively low bandwidth).

The FS7 has the sensor from the Sony F5; a much more expensive camera. It has a very flexible system of rigging and very good images, by all accounts.

It looks to me like the FS5 was designed to be smaller, lighter and cheaper. It will probably appeal to corporate filmmakers as much as cinematographers. Both of these categories of users want the benefits of a large sensor and interchangeable lenses.

Until very recently, Panasonic didn't have much in this space. We knew there was a 4K large sensor camera coming, but most observers expected it to have interchangeable lenses – probably Micro Four Thirds. But they were wrong.

Because the DVX200 has a fixed (i.e. non-interchangable) lens, itt's about as different as you can imagine from the above-mentioned Sony cameras.

But it's a confident-looking device, in red and simulated carbon fibre. It's key benefits are that it records in 4K to inexpensive SDHC cards and that it has a lens made by Leica, which would probably cost nearly as much as the camera if it were to be available separately. A nice touch is that the DVX200 has the same LOG system as the Panasonic GH4, so footage from the two of them will be largely interchangeable.

I've seen the footage from both of these cameras. They're very good. Ultimately, they may prove to be comparable to each other in image quality (I can't say at this stage. I need to see more footage and to look at it very closely).

But I can imagine choosing either camera, depending on whether I want complete control over the nature of my lenses or if I want to be able to take a very capable large-sensor 4K camera with me, without the hassle of taking a case of lenses with me.

Each of these cameras, it seems to me, have been designed to fit into neat and unambiguously different market niches.

You could probably do a similar analysis for almost every camera out there. You usually can. There's a famous case though where this didn't work out as planned – very much in the favour of the manufacturer.

Remember the Canon 5D MK II? That certainly wasn't meant to be a groundbreaking cinematic video camera, but we all know what happened. In fact, if the reports are true, it was designed as a high-end full frame camera for use by photographers, including photojournalists, but with a built-in video facility just to give it a bit of extra versatility.

So, next time you're comparing cameras, don't just imagine that they simply fall out of the sky in a wide range of shapes, sizes and capabilities. What's more likely is that every feature – and every difference – has been planned by a team of designers and market specialists for years.