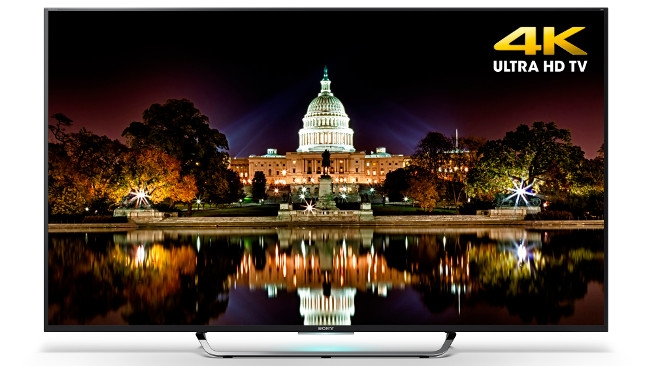 Through a forthcoming firmware update, Sony will bring high dynamic range functionality to more of its 2015 4K televisions, but this update is just part of Sony's play to be the leader in HDR video solutions for the living room.

We've been big proponents of high dynamic range video ever since our Editor-in-Chief, David Shapton, viewed an early demo of the Dolby Vision system last year. He even went on to call HDR "the biggest advance in video for ten years." Our European Editor, Andy Stout, proclaimed "Dolby Vision is coming to your living room and it's spectacular." I had the opportunity to check out the Dolby Vision demo at NAB 2015 and came away very impressed. I would add that HDR video proves the notion that 'resolution isn't everything'. The richness of the Dolby Vision image, with brightness, contrast and colour unlike anything I've seen from a luminescent screen, makes non-HDR video at identical resolution seem lacklustre by comparison.

Of course, it's only a matter of time before HDR enabled sets (and content) find their way into living rooms. Sony, for its part, is trying to accelerate the adoption of 4K/UHD sets with HDR capability, while developing other pieces of its HDR video ecosystem.

Sony has announced that the 2015 models of 4K/UHD televisions will receive HDR support through a "network update." Previously, the company stated that only the X930C (65") and X940C (75") models would be HDR-enabled. Soon, that support will extend to the X850C, X900C and X910, although owners these models should temper expectations. The X930C and X940C will exhibit, respectively, two-and-three times the brightness range of the X850C, X900C and X910. Still, owners of those mid-tier models will be able to accept 4K/UHD HDR content and present it as faithfully as that hardware will allow.

Speaking of content, Sony has been building its HDR video consumer content and distribution pipelines. Recently, Sony announced that its using the Dolby Vision mastering process to convert previous and upcoming Sony Pictures Home Entertainment (SPHE) titles for HDR viewing, joining Warner Bros. as the major studios to announce Dolby Vision video mastering. Now, it seems Sony has found a way to get that content to consumers, through a partnership with Amazon, which will distribute select SPHE content (around $100 in value) as a throw-in for purchasing one of these new Sony 4K/UHD HDR televisions. Amazon is currently the only streaming video provider that supports 4K/UHD HDR video and owners of a 2015 Sony 4K/UHD television can access these offerings through the Amazon Video app.

Soon, ultra HD Blu-ray players will hit the market, supporting HDR video playback on HDR-enabled television sets. While HDR video might not be the reason that consumers ditch their HD (or SD) sets this Holiday buying season, it's at least a telling differentiator between premium and lesser 4K/UHD televisions, which may help Sony and other major manufacturers convince the public that their 4K is better than the rest (and worth the extra cost).