This may be a small glimpse into Sony's future 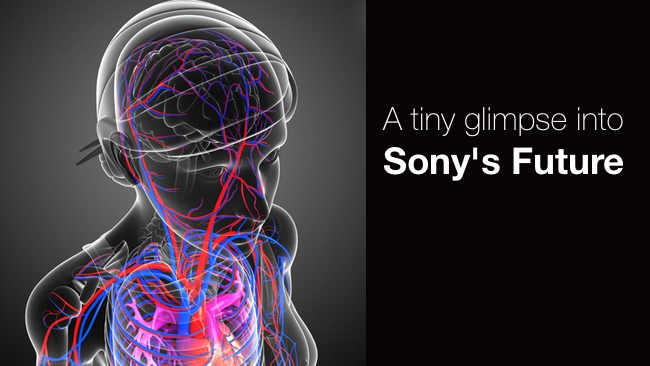 A glimpse into Sony's Future

A seemingly innocent announcement about a new sales appointment gives away clues to how Sony sees itself in the future.

Right away I want to say that there's no earth-shattering revelation contained in this article. Just a little shaft of illumination as to how Sony sees the future.

The clue comes from something we normally don't bother to cover in RedShark: new job appointments.

Honestly, there are so many of them. We get press releases like this all the time. And we ignore most of them; simply because that this is not something most of our worldwide readers what to see.

But this one is different. It's different because of the skill set of the appointee.

Before we go on, I want to apologise for the rather dry "IT-flavoured" nature of the next part of this piece. It's necessary to show where Sony's head is at the moment.

The post is for Sony's Head of Sales for North Europe. And what's interesting is that the successful applicant is David Nortier, formally Managing Director of Signiant in the UK. Signiant makes specialist file transfer software that can speed up the delivery of large files over standard internet connections.

So, without reading too far between the lines; Sony knows that its future lies within the IT domain. It has made some very good progress with its IP infrastructure technology. It not only has a very viable IP real-time ecosystem (which simply means you can replace SDI leads with network cables and routers), but also has Sony CE - a cloud-based media sharing and management system.

All of which can only mean one thing. Sony sees the future for its professional division in a connected world where files and real-time signals are exchanged using conventional computer hardware, managed by specialist software. Cameras are the input to the system, and - well, who knows what the outputs are, but they're going to be diverse: from giant HDR 4K OLED screens to mobile phones; from 4K cinema projectors to domestic TVs.

The universe that Sony existed in - and to some extent once ruled; one where the magnetic tape was the unit of exchange - is now a distant memory.

This could all mean something very good is about to happen. It might mean that we're on our way out of the early stages of the Media IT revolution, where apart from some high level standards (MXF, AFF etc), there's very little in between these and the lower level protocols and transport layers that underlie generic network technology.

Perhaps this is a clue that Sony wants to embrace (and perhaps productise) this space that very few people even know exists.

And if that's just a bit too abstract for you (and perhaps for me!) then, maybe at the very least, it means that Sony is putting in place people who are as much at home in the general field of IT as in the field of digital media.

And that's a good thing. Because, like it or not, that's the direction we're all heading towards.