4K is now a mass market product. Here's the proof 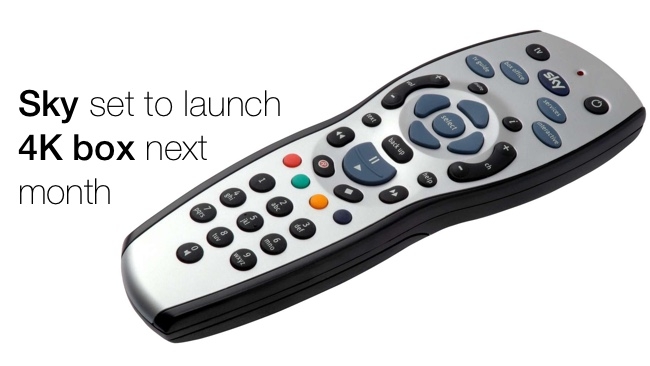 Will this control your 4K future?

Just three years after everyone said it would be decades before broadcasters take up 4K, two UK giants (Sky and BT) are launching their 4K set-top boxes within a month.

One of the things that most amazes us about this is that the deployment of the 4K boxes represents a rate of progress that outstrips Moore’s law. It is definitely evidence of exponential change in technology at the consumer level.

Not only can you walk into any major high street / main street electrical retailer nowadays and be faced with a wall of Ultra HD TV sets, but you can get good ones too for well under the psychological $1000 barrier.

And now you can get 4K content delivered to your living room too, at least if you live in the UK.

The rival BT box has already been released in time for the new soccer season. Sky’s new box, which was developed under the codename Project Ethan, was originally aimed by the broadcast giant at a 2016 release, but, according to reports in the UK’s Daily Telegraph, the fevered state of competition in the UK pay-TV market has seen them bring it forward a year.

We predicted this last year (The verdict from IBC is that the future is coming sooner than anyone thought) and are delighted to see our prediction coming true. The UK’s ultra high speed broadband and fibre penetration might lag behind some other countries, at least outside the major cities, but decades of investment from Sky has led it to have one of the most advanced television ecosystems going.

It doesn’t stop there either. The new box, now dubbed SkyQ, raises the stakes in other areas too, allowing subscribers to watch and record at least four programmes simultaneously on multiple devices throughout the home linked via WiFi. It’s also redesigned its Electronic Programme Guide to give a more ‘Netflix-esque’ user experience.

The irony, of course, is that to make all this work Sky will have to plumb its new boxes into broadband connections rather than relying on the satellite service that gave it its name.

HD set deployment outpaced HD service uptake for years, causing the industry some significant problems. It will be fascinating to see if it’s learnt the lessons about getting people onboard and seeing exactly how many people buy in to the 4K future.