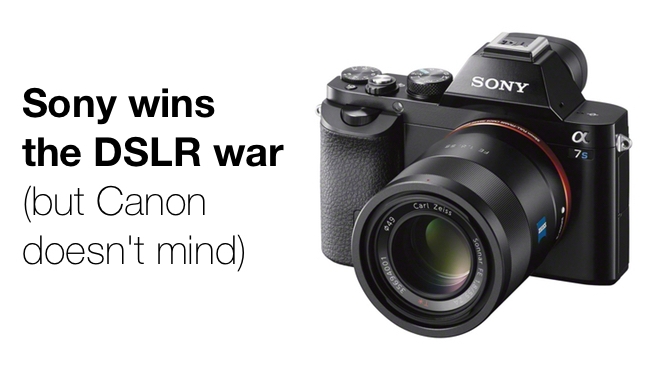 Or does it? A victory for Sony can only really be confirmed if you accept that there was a war in the first place. Canon might beg to differ.

The latest camera announcements from Sony were as breathtaking as they were unexpected. New cameras, new sensors, internal 4K recording, slow motion, oversampling: what's not to like? Oh, and did we say reduced rolling shutter and a host of other improvements, almost any one of which would justify the launch of a new model, accompanied by understandable excitement from the press and potential users alike?

One side effect of this is that, more than ever, questions are being asked about how Canon is going to respond to this. Some are answering their own questions, concluding that Canon can't respond adequately.

While most people would probably agree with all the above, I think it represents a mischaracterisation of the way that Canon sees the market. To sum up a long-ish argument: I don't think Canon is interested in the DSLR market any more, and that's OK, for several reasons, which we'll have a look at in rest of this article. (By the way, it's worth clarifying that Sony's sellar-performing cameras are Mirrorless - which means by definition that they're not DSLRs. But we're using the term "DSLR" in this context to mean "Handheld still camera that also does video".)

Japanese companies are a contradiction. They make some of the best high tech on the planet, and yet, sometimes, they seem ill equipped to deal with the rate of technological change - despite sometimes being at the forefront of it! Look at the way Sony introduced a litany of “Firsts”: transistor radios, miniature tape recorders, Trinitron TVs, Minidiscs, and who knows how many other remarkable feats of engineering and miniaturisation.

Canon made the AE1 in 1976 - the first microprocessor-based SLR with shutter priority autoexposure. It went on to sell a million units, and the very ubiquity of this seminal camera cemented Canon as the go-to manufacturer for serious amateurs as well as professionals.

Until very recently, cameras by Japanese companies were regarded by their makers as devices that should work in themselves, in the sense that however much they were based around software, they were expected to work properly to spec right out of the box. They didn’t crash, and didn’t demand software updates every week.

So, to get them to this state of readiness, they took a lot of testing. Designs were complete and detailed, and the famously effective Japanese quality control ensured that you got exactly what you thought you were buying: a complete, working camera.

There’s absolutely nothing wrong with that approach except that it takes a long time, and in today’s climate of white-hot progress (and competitive product releases) that’s a problem.

Progress in sensors, processors and on-board digital signal processing has been so rapid over the last few years that it’s been possible for companies outside of the traditional circle of manufacturers to rise to near the top of the video camera tree in a remarkably short time. But they have a different approach to the Japanese companies. They have an implicit understanding with their customers that in return for producing products at eye-wateringly low prices, they release them, essentially, uncompleted, with basic software at first and then significantly better software over time.

But while the Japanese companies have yet to embrace this “ship now, finish later” philosophy they do have some very distinct strategies that guide their video product design.

Running with the opportunity

Sony has seen an opportunity and run with it. Ever since they bought Konica Minolta in 2006, they have been doing something remarkable. They’ve taken the Minolta camera technology, added their own experience with sensors and with video, and with practically every one of their video capable still cameras, they’ve delighted customers with practicality, high functionality and by pushing sensor and video technology to the limit.

Four or five years ago it would have seemed unlikely that video makers were moving from Canon to Sony for their DSLR-type cameras, but that's what seems to be happening now. The product that led this trend is the A7S: Sony's mirrorless camera with remarkable low light performance from a sensor that has bucked the trend towards a higher pixel count. Users have found that despite having "only" twelve megapixels, they can take still pictures in very low light and shoot videos without the complexity and cost of lighting rigs. 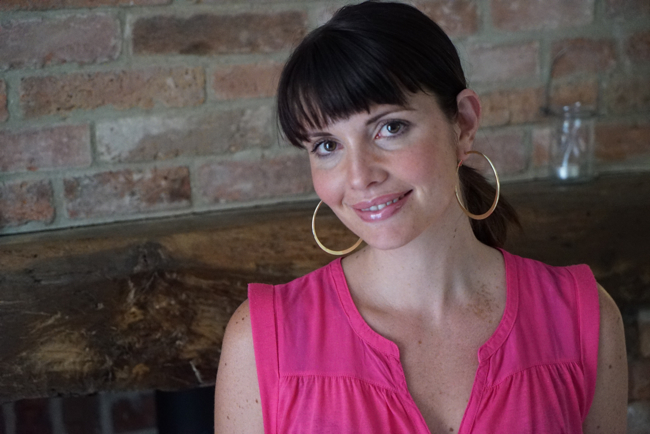 And now, with the A7R II, there's another choice: a very high pixel count and interpolated 4K from a super 35 mm crop of a 42 megapixel new-generation sensor.

Canon, on the other hand, since the EOS 5D Mk III, have done little to appeal to video makers with its DSLRs, concentrating instead on improving their still performance and building on their "traditional" platforms. The one exception to this is the XC10 - a 4K, 12 megapixel camera which Canon describes as "one of Canon’s most convenient multimedia tools to date". Multimedia? This sounds like an attempt to distance this camera from Canon's "Cinema" line.

So if Canon is backing away from video on DSLRs, what do they have for video makers?

Canon has a lot for videomakers

Well, the answer is quite a lot. It's just that their video offerings come as dedicated video cameras rather than in DSLR form. Not only do they have their "traditional" video camera range topped out by the XF305, but they also have their EOS Cinema range, which is a collection of three cameras with large sensors that are dedicated to video.

Canon is a member of the rather exclusive club of manufacturers that are able to make their own camera sensors, and with dedicated video sensors, there's wide agreement that the pictures from the EOS Cinema cameras are very good. Even at relatively steep prices, they've sold well and are seen as dependable, hard working cameras for professional film makers.

So, it's not that Canon has left the video market altogether. Far from it. It's just that they have their own dedicated video product ranges. DSLR video for them was more of a surprise, transient, success.

Now, you might think that the DSLR video revolution was such a momentous era in the evolution of cinematic video that Canon would want to hang on to this market sector. But that would be to ignore the fact that still photography is still, and always will be, huge for Canon. I don't know the exact figure but I suspect the still market is between ten and thirty times bigger than video. So DSLR video was only ever a small part of Canon's overall focus, and in view of that, I don't think they were ever interested in being in a DSLR video "race".

If anything, the surprising success of Sony in this sector has confirmed to Canon that their strategy of backing away from DSLR video is the right one. It means that they can focus their marketing effort on their Cinema cameras without the awkward distraction of DSLR video cameras from the same company.

So there was never really a "war" or a "race". Just a conscious decision by Canon to take a different approach to the video market.