Video consumption strains the Net, but what's the solution? 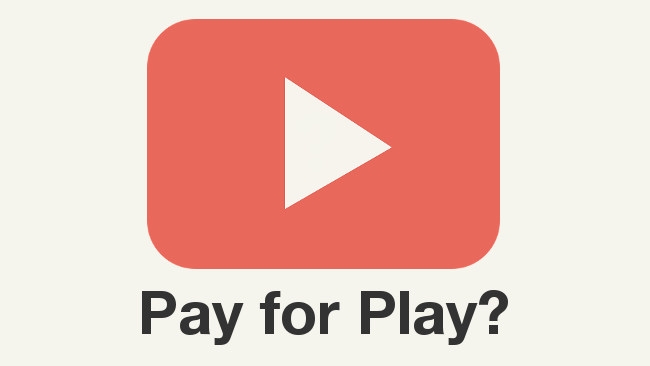 Phil Rhodes rings the alarm bells over the impact of rampant video consumption on existing internet infrastructures and identifies some possible solutions.

When organisations that have never owned a conventional broadcast network are proudly announcing pilot season after pilot season, it's probably no longer original to observe that the internet has had a profoundly disruptive effect on what was the broadcast television industry. From a regulatory standpoint, the paperwork and political wrangling required to launch a real, live, terrestrially-broadcast television channel have been getting easier ever since the transition to digital broadcasting massively increased the available number of channels, easing the otherwise-crippling restrictions of radio spectrum that had previously limited things.

This is true whatever you think of multi-channel broadcasting and what it's done to average programme quality. Satellite and cable TV offer yet more alternatives. But it wasn't until the likes of YouTube that something with similar capability to broadcast television became available to individuals. Okay, fine, behemoths like Netflix and, now, Amazon dominate, but that's more to do with commercial than technical considerations.

Whether or not you agree that the internet is a broadcast medium, though, it's affordably accessible because the infrastructure is fundamentally a community effort. Existing telephone installation is being greatly leveraged here. Even as big telecoms companies are finally persuaded to do big upgrade projects, often to fibre-optics, it's a bill ultimately paid for by the users. This is true whether users mean individual customers of an internet service provider or a large company peering with other companies via a lot of bandwidth, but those individual parts are almost meaningless in isolation. It's a collaboration, a cooperative entity made possible by standardisation. As such, the infrastructure required to run the modern internet, particularly the high-bandwidth parts of it that allow things like streaming video to happen, is a profoundly socialist construct.

It's when we consider this sort of thing in its political context that brows begin to crease, because although net neutrality is well-aired, it remains the case that the current internet simply cannot support streaming video at the same levels, for instance, that we currently watch conventional broadcast or satellite television on, no matter how much we charge for access to it. There is a huge capacity problem looming, one that conventional infrastructure funding models may not be able to accommodate (or at least not quickly).

A company offering a streaming video service will certainly pay for the bandwidth it uses in its connections to its immediate peers. But the movement of that investment outward through the network, while theoretically allowed for as part of the normal business relationship between peers, can be sluggish, unreliable and can fail to propagate more than a few hops outside a major concentration of bandwidth uptake. This is particularly problematic at the very end of the chain, at the level of private home internet users, where the costs per user are highest, the density of information lowest, and the number of infrastructure owners between the customer and, say, Netflix, can be very large.

This is not, I should be clear, a re-airing of the concerns over net neutrality. These issues affect the smallest individual YouTube auteur as much as they affect the streaming operation of a major studio (so long as neutrality is observed, which admittedly can't be relied upon). The problem is one of economic connectivity. With the hardware known in the UK as the local loop (the last mile of copper between the telephone and exchange and the user) so economically distant from the profit centres represented by companies like Netflix, there's a genuine economic concern that profits which rely entirely upon this infrastructure may not adequately trickle down to the point where they are able to support it.

Who pays for the solution?

Whether we can rely on users being willing to fund a solution to the problem via payments to the service provider is unclear. In that scenario, users who don't use video on demand nevertheless end up paying for the required infrastructure upgrades and the fees end up looking like de-facto taxes. The other way (perhaps the economic approach closest to natural justice) is simply to charge based on use. Unmetered telecommunications, a concept already being eroded by capped, if generous, usage plans, has in the past been a severe sticking point. Such a solution might face severe opposition, however fundamentally fair it seems, and however much it mirrors the situation in business-to-business network fees, which are invariably on a metered-bandwidth basis.

Whether the problem is solved by flat fees, metered usage, a more formal approach to economic trickle-down or even direct government investment, it's clear that this will need to be solved somehow. We may already have lost unmetered telecoms in the strictest sense, yet net neutrality (the failure of which is not a solution, so much as a way for rich entities to pay their way around bothering to find one) has so far enjoyed sterner support.

Ultimately, video on demand, as well as a few other network applications, demand so much more bandwidth than anything the internet has been asked to do before that it may force fundamental changes in the way the thing is funded, no matter what we think of the solutions politically. The three best ideas (taxpayer funding, pay-per-bandwidth and mandated trickle-down) all push hot political buttons and it isn't clear what the general solution is likely to be.