A historic moment for TV: The first 4K TV series is announced 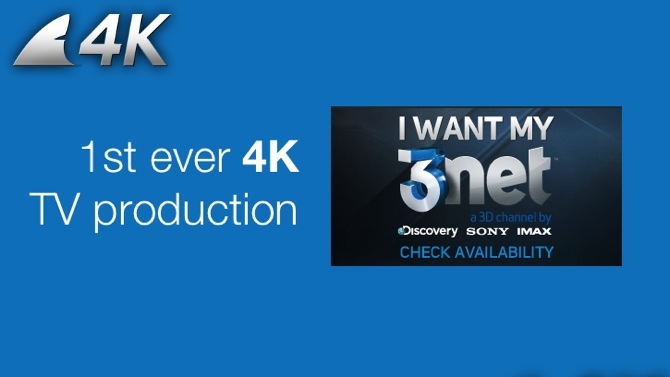 With RedShark's 4K month just two weeks away, 3NET Studios, a joint venture owned by Sony, Discovery and IMAX, has announced that its initial slate of TV series and specials will include the first ever 4K television series: Space.

The programs will tell the story of space from the Big Bang to the present day and forward into the future, with immersive views of nebulae and the inside of a comet's tail.

Filmed in 3 parts, each hour-long episode will include "breakthrough 3D and 4K production techniques".

The associated 3NET channel service in the US describes itself as "a vibrant, top quality 3D and 4K content source"

What does RedShark think about this?

It's just like what happened with HD. Initially the reaction was that nobody would buy HD televisions because there was no content. But they bought them anyway. And there was content, in from a small number of TV channels that specialised in HD. Now HD is widespread.

It looks like the same could happen with 4K

We will bring you more on this story and we hope to get interviews with Executives at 3NET. We'll be asking them what made them commit to 4K production at this early stage.