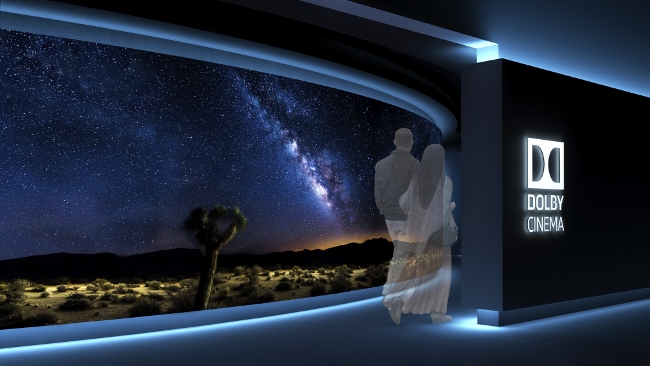 With all this talk about 4K and when consumers will warm to the idea of upgrading their HD sets to UHD models, it's easy to forget that the movie theater industry is facing similar questions. Television and the movies have, for years, been locked in a back-and-forth game of innovation leap frog, from the introduction of color, to Cinemascope, to cable, to HD, to IMAX, to 4K, to present day. Cinema exhibitors are constantly searching for the next technological leap that will enrich the movie-going experience and reverse, or at least slow, the trend of declining attendance.

Dolby to the rescue

Dolby has just released its vision for the future of cinemas, appropriately named Dolby Cinema, which is a unique assembly of some if its existing innovations in a package that transforms the physical space both inside and outside of the screening space. RedShark News readers might remember some of our coverage on two key technological elements of Dolby Cinema: Dolby Atmos, which our Technical Editor Phil Rhodes covered, and Dolby Vision, which our Editor-in-Chief David Shapton called "the biggest advance in video for ten years." Dolby Atmos is the company's play at redefining cinematic audio with its 7.1 system, including overhead speakers and a spatial mapping system. Dolby Vision, on the hand, is a next-gen high dynamic range (HDR) projection and display platform that achieves enchanced color and brightness and, by far, the highest contrast ratio "of any other image technology on the market today," according to the company.

It would be easy to think of Dolby Cinema as just the bundling of Atmos and Vision if it wasn't for the amount of thought and work that obviously went into to crafting this premium cinema offering. The featured image at the top of this article teases a video entranceway of a theater. This feature is at the heart of the Dolby Vision design philosophy. Here's another look: 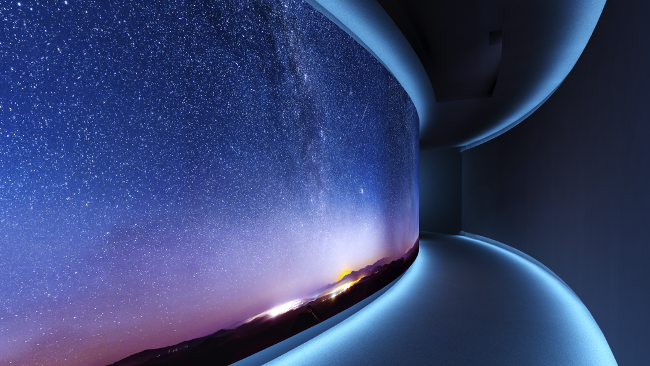 This Dolby Vision wrap-around display is another canvas for studios and filmmakers to set the mood for seeing the film that awaits. The audio-video display before the film is meant to be another storytelling tool, but as this tech filters from the premium to the common cinema, you can bet that such spaces will be used for advertising of one nature or another. But, let's not get ahead of ourselves. This innovation definitely helps set Dolby Cinema apart from other premium cinema products, like IMAX, by thinking outside the theater walls.

Courtesy of Dolby, here's an infographic that gives a good overview of what to expect while actually seated at a Dolby Cinema presentation: 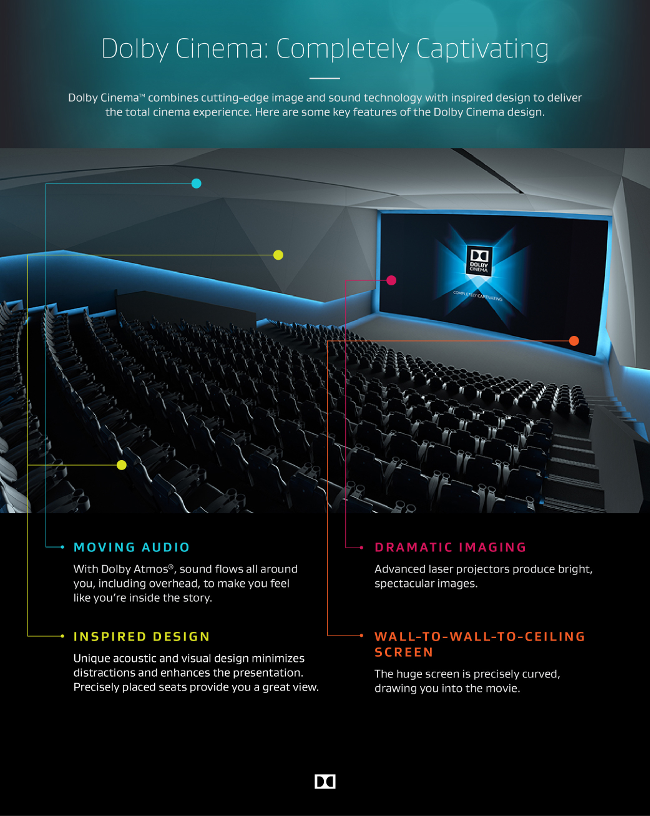 Above, Dolby pinpoints the benefits of Dolby Cinema. It's worth noting that the curved screen appears to 'float', which makes you wonder what type of research led to the decision to effectively pull the screen off the back wall. The paneling and lighting set-up was designed to minimize distractions, so your full attention is on that floating screen, the bright, high dynamic range Dolby Vision projection, and the rich, spatial soundscape of Dolby Atmos (oh, and on the story being told).

Dolby partnered with another innovator in the field of projection and display technology, Christie Digital Systems, the US subsidiary of Ushio Inc. of Japan, to co-develop Dolby Vision and jointly implement the Dolby Cinema system at its first participating cinema, the JT Eindhoven cineplex in the Netherlands. But expect this ultra-premium cinematic experience to find its way to major metropolitan cities around the world throughout 2015 and beyond.

Check out a video walk-through of the Dolby Cinema system on Page Two!