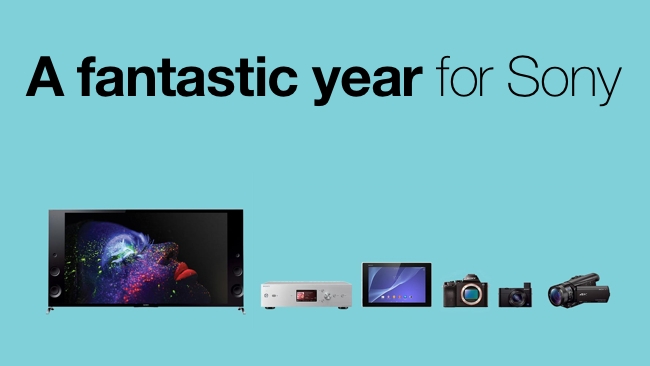 A fantastic year for Sony

Sony is back at its creative best

If you believe everything you read about Sony you might be forgiven for thinking that they're on their last legs; that they've run out of inspiration and money.

Well, there are several reasons why that isn't actually the case.

I'm not talking about their current balance sheet - I don't have that information. But if you think they're a has-been, then you haven't been paying attention lately.

It's easy to list the things that have gone wrong for Sony in the last decade or so. There's the move from tape production to files - a massive change that meant that broadcast and production users no longer had to buy expensive HDCAM decks. There's the end of the HD bonanza (HD is pretty much commoditized now that the move from SD to HD is largely complete), and there was the damp squib that was 3D. (You can't blame Sony for getting into this - just about everyone else got mired in this consumer dead end too!!).

And then there's television. The competition from the likes of Samsung was intense!

We could go on about the lost opportunity with the Walkman (versus the iPod) and how the VAIO could have been the Macbook Pro.

Well, whatever happened in the past, the fact is that they're innovating and bringing out market-defining products consistently. And they're being much more agile about it than some of their famous Japanese competitors. Sony has a class-leading position with 4K. Their 4K televisions have set the standard for modern TV design, and they have an end-to-end 4K ecosystem, starting with cameras, all the way through to TVs and projectors ("from Lens to Living Room"). There's also Sony Pictures: masses of content that Sony owns, much of it all ready for distribution in 4K.

And the proof of all this is that they've just won the coveted EISA award for the "Best Product of the Year", not just in one category, but in six!

We don't normally cover awards in RedShark. It sometimes seems like there are too many of them. Here in the UK, almost every high-street restaurant claims to be an award winner. "North East Piddletrenthide Somali/Caribbean Crossover Restaurant of The Week" is a common type of claim.

But this award is definitely worth winning.

The products that have won the award are:

Congratulations, Sony. And keep it up!

EISA (the European Imaging and Sound Association) is a unique association of 50 leading special interest magazines in audio, home theatre, in-car electronics, mobile electronics, photo and video from 20 European countries. Each year, a judging panel of editors from EISA member magazines meets to decide which products assessed in their publications deserve a coveted EISA Award.