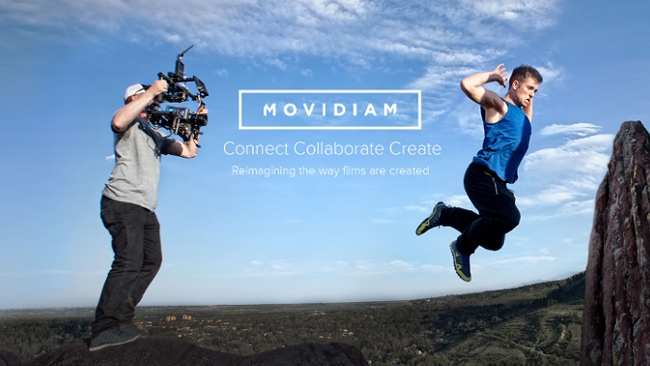 Movidiam, a recently-launched social network for film professionals, aims to set itself apart by revolutionizing the way filmmakers connect to brands and agencies.

There was a time, if it can be believed, that social networking for filmmakers occurred on set, in the editing bay, or at a bar. Of course, now that we all have wondrous, pocket-sized touchscreen devices with (nearly) constant, (almost) instant internet connectivity, filmmakers' professional health hinges partly on the ability to connect virtually with potential collaborators and clients.

For years, the go-to online social resources for filmmakers were forums and job boards, and the most popular of these sites, like Mandy.com, are still around. Of course, in the wake of the social media explosion created largely by Facebook and Twitter, new sites began sprouting up, vying to be the social and professional network for filmmakers - online spaces where film professionals could list projects, share their online profiles, and even crew up. Many of these sites, like Shooting People, WorkingIndie, and Filmkin, cater specifically to independent film production. Technicolor got into the act with its Creative District, going so far as to offer $5000 grants to projects deemed worthy of assistance. But what about all those other projects and gigs, the ones that start with a brand that wants to communicate its vision and an agency tasked with making it happen?

Movidiam, which launched its pre-registration site on August 20, seeks to fill an industry need ignored by those other social networking sites for filmmakers. As explained by co-founder Alex Vero (director and producer of leading London-based creative agency Pendragon):

We've run a film production agency for the last 10 years and lived and breathed the huge shifts in the industry. We are living in a connected and mobile world where the traditional agency model is challenged, where remote freelancing is becoming the norm and where the demand for brands to create a constant stream of quality films has dramatically increased.

We believe that connecting this network of professionals with global opportunities and providing them with streamlined and collaborative production features, built specifically for filmmaking, will create a truly unique community and platform for the production of incredible films.

Over the last three years, we've been building an application for filmmakers called Movidiam, a creative network that allows brands, agencies and filmmakers to connect, collaborate and create incredible films.

The site will feature a lot of the pro-forma aspects of most social networks for filmmakers, such as individual user profiles, project pages and management tools, but will also feature brand and agency profiles and projects, as well as a secure payment system, allowing project participants to more easily connect and bridge gaps of distance and culture. The long term goal is likely to become the defacto marketplace for agency work, but it all starts with Movidiam's pre-registration push.

If this sounds like it's up your alley, visit www.movidiam.com for more information. We'll follow-up on this story in September via interview with co-founder Vero, so keep checking back!