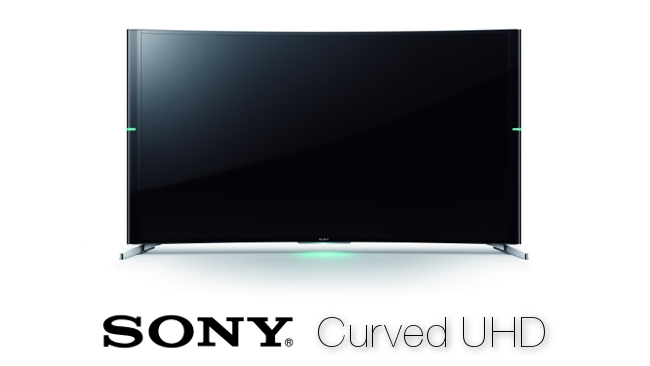 Curved screens are shaping up as a key differentiator between top and lower tier television brands, especially those jumping in the race to put an UltraHD television in your home. Sony is the latest to follow the curve, introducing its first (less) curved line of 4K UHD televisions.

Top tier brands Samsung, LG, and Sony, as well as tier three brands, such as Chinese makers Hisense, TCL, and Seiki, are all plotting to become the name plate that adorns your new UltraHD television. While the Chinese brands compete from the bottom-up, setting low price points while adding features over successive generations to their budget products, the more well-known brands in the U.S. strive to differentiate their televisions from the rapidly-improving upstarts.

In these early days of UHD televisions, when there's a dearth of available 4K content, the top brands have looked to form factor as a way to provide a more unique and pleasurable viewing experience. In 2014, it's the curve, or rather, curved screens. Samsung and LG have showcased their giant curved UHD screens way back in January at CES, displaying dramatically curved models. (Even Hisense and TCL debuted its curved UHD screens at the show.) LG's curved screen was more of a demonstration unit, and the company has yet to introduce an actual line of curved UHD televisions. Samsung was the first to market, introducing its line of HU9800 UHD TVs. Now, Sony has taken the plunge, offering its own curved UHD sets, but with a noticeable difference.

According to the UK site HDTVtest, the Sony curved UHD sets, carrying the Bravia S90 name, aren't nearly as curved as the Samsung models. Part of the draw of curved screens is that, when sitting in the range of optimal viewing distance, the horizontal edges are roughly the same distance from the viewer as the center. The more modest curvature of the Sony line-up results in less geometric distortions at closer distances, which makes it a better choice for smaller living spaces.

The Sony Bravia S90 will feature the usual Sony goodies, like its propreitary color and signal enhancing technologies, 4.2 channel sound, and will be available in 65 and 75 inch varieties. There's no word on price yet, or whether the buying public will prefer the more subtle (and likely more practical) Sony curve versus the more-attention grabbing styles of its chief competitors.