Sony's Glasnost: a new era of openness and transparency? 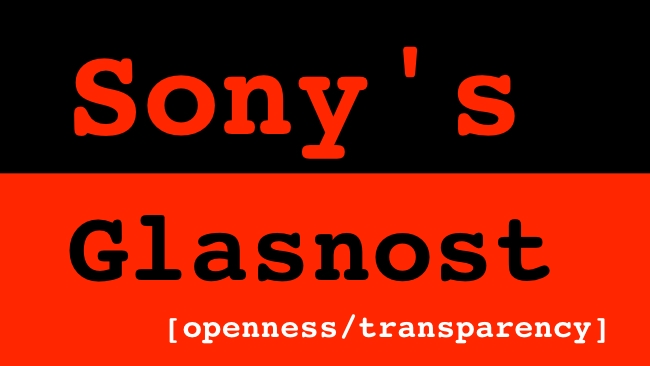 Sony's Glasnost: Is Sony opening up to working with other companies and products?

You need to be nearly as old as me to remember the period of Glasnost with the Soviet Union. This was the word that the Soviets, under Mikhail Gorbachev, used to describe their new openness and transparency, inside the country and out. It was, ultimately, a key factor in the demise of the Union of Soviet Socialist Republics and the transformation of Eastern Europe in the final years of the 80s.

It's not a word you'd immediately think of using in connection with a leading Japanese technology company, but in some ways, you could, as we'll see, later in this article. (Note that I'm not making any political or social comparisons here - and certainly not with the more egregious aspects of the Soviet Union before its collapse. Most of all I think this could help to save Sony as opposed to leading to its downfall.)

Sony has always taken its own path

Sony has always taken its own path through cutting edge technology. Its home-grown expertise gives the design of its products a kind of purity and homogeneity that makes them seem complete and functional, almost as if they were predestined to be like that. For example, the original D1 video recorders were impressive objects in themselves, even without considering what they actually did.

Or course a major part of this is they way that in (my limited understanding of) Japanese corporate culture, products are developed and tested, and then developed and tested some more. Quality is everything, and it makes business sense too: if your products work well, customers will recommend them, and you'll spend less time fixing problems as well. It builds customer loyalty as well. It's no accident that many of our modern concepts of quality control came from Japan.

This sense of cohesive quality applies to individual products and whole workflow environments. While the term "workflow" is a relatively modern one, we've been doing workflows for a very long time. Two or three decades ago when video production needed a room full of tape decks, editing controllers and timecode readers, that was a workflow, of sorts. Now, it's all XDCM, MXF and non-linear, but it all works together, exactly as it's meant to.

But this somewhat idealistic philosophy doesn't work quite so well in today's environment of exponential change, where progress is perhaps too rapid, and every workflow is an experimental one. Now, cinematographers have to deal with raw video, LUTs and all manner of disparate elements, very few of which are completely standardised. This must be a complete nightmare to a company like Sony.

And if it were, they'd be quite correct to say that it's more important than ever to stick with properly designed and tested workflows. Then at least you know that your material is safe and it's going to be possible to finish the production intact.

But just as quality and capabilities increase (with 4K for example, and with the vast new creative capabilities of digital cinema production), so the workflow fragments. In the rush to create new looks and new breathtaking directions for movies, sometimes it seems that the most outrageous and risky setup is going to make the best film. 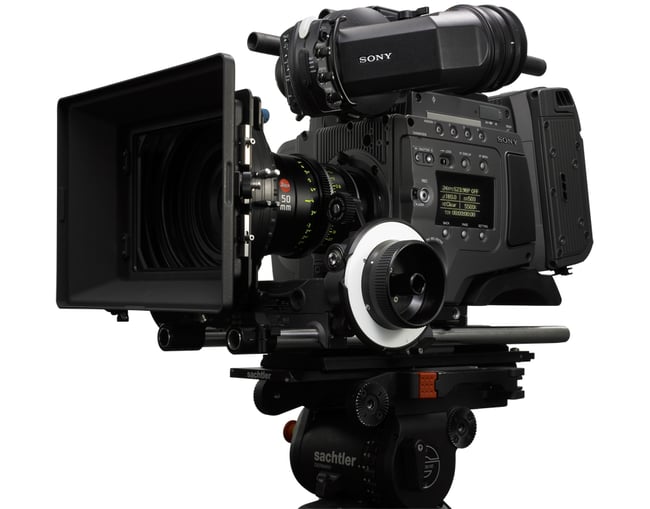 Plug in and work together

Of course, this isn't really the case but whether it is or not doesn't matter if everyone making films expects everything from every manufacturer to just plug in and work together.

There's another reason other than this slightly anarchic one for reaching out and embracing industry ad hoc or "official" standards: wonderful things happen when you do.  Let's look at two remarkable examples of this.

In 1983, MIDI burst onto the electronic music scene. Conceived as a way to connect two keyboards together, or a master keyboard to a sound module, it became much, much more than that and spawned a whole industry: sequencers and MIDI editors. Despite much more capable alternative technologies now being available, MIDI is still used, pretty much unchanged, to this day.

Why was it so successful? Because it "just worked". It was undemanding. There was no set-up required because it had sensible default values. It was safe and foolproof (as long as you didn't have to plug MIDI cables in to their sockets in the dark).

What really drove it forward was that companies like Roland started to make MIDI computer interfaces, which meant that not only could you record MIDI on the new-fangled personal computers around that the time (not to forget the legendary Atari SD which came with MIDI built in!) but you could edit and play back compositions as well: with absolutely any MIDI-equipped musical device.

The next example is the internet itself. It's based around a group of standards, the most visible of which is HTML. This is the code that carries information about how websites are built and how they should react. Very broadly, because it doesn't always work, any browser should be able to display any HTML file. There are plenty of exceptions to this but if this weren't basically true, then the World Wide Web wouldn't work.

The basis of all modern networking technology

Another part of this software "stack" is TCP/IP, which is the way that data is carried around the internet. It's proved to be amazingly flexible and robust since it was invented decades ago, and it is the basis of almost all modern networking (built on top of Ethernet, of course).

So, it's clear that there are some advantages to using open standards. Certainly, with HTML and TCP/IP, there are issues as well as there's no central quality control to say that this or that implementation will work on a given platform.

Nor are some of the "open" standards people are using particularly open. Take ProRes, for example. It's used all over the place but it's not exactly an open source proposition: very, very few manufacturers hold licenses to use it for encoding, which is probably why Panasonic - who know a thing or two about codecs, called in Atomos for their assistance, probably more on the legal than the technical front, in implementing ProRes on some of their cameras.

Meanwhile, Sony has also started to make ProRes available, or, at least, it has publicly said that it will do so. This is big news! While it may seem to be a bit esoteric to most people, it is a majorly important gesture by Sony.

Speaking of Atomos, here's another example of Sony "openness". 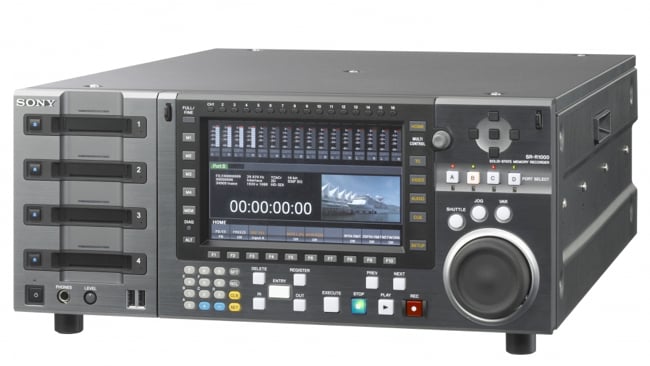 Sony's soon-to-be-available A7S camera is the first mirrorless full-frame camera that can output 4K. It also has a phenomenal performance in low light.  While it can output 4K through the HDMI port, it doesn't have any internal ability to record 4K. So to use this camera with 4K, you need an external HDMI recorder, and there aren't any, at the moment.

Atomos' Japanese-speaking CEO Jeromy Young no doubt had a part in persuading Sony to work alongside them as they developed their Shogun 4K recorder. This is an unprecedented degree of openness and co-operation and it has enabled what will be an outstanding 4K set-up to come to market sooner, and perhaps cheaper as well.

Co-operation is not the only way that Sony has opened up. It's hard to avoid at least the thought that in the past Sony might have exhibited "Not Invented Here" syndrome. Like a lot of other manufacturers, it prefers customers to buy exclusively its own solutions. That's understandable, but such is the rate of progress that often small, independent companies can design and bring products to market faster than the technology giants. Which means that if Manufacturer X's products don't work with Manufacturer Y's, then the customer potentially loses out. By making products open to third party products, Sony will fit in to workflows where they might otherwise be excluded. There is a downside: Sony can't support third party products, so there's always the question of what happens when some cross-manufacturer solution doesn't work.

But with close co-operation, this is unlikely to be a significant problem.

Another way that Sony cooperated with Konica Minolta in 2006 was to buy them. This has been a huge success for Sony, because it kick-started them into DSLR and - lately - mirrorless camera technology. It's heartening to see that there's no lack of innovation at Sony as they bring out all sorts of new form factors in a variety of price brackets. The cameras have had praise heaped on them from virtually all quarters and while the usual names (Canon, Nikon) are still at the top, they can't ignore the new Japanese upstart.

So, the signs are there, that Sony is adapting to the tornado of change whose spout we live in today. If they hadn't done this, their future would undoubtedly have been different.

It goes further than this, too. They're restructuring and trying to get traction in completely new areas (like Sony Ci, their cloud services division).

The Russians had a word for restructuring that was fashionable in the late eighties too: Perestroika.