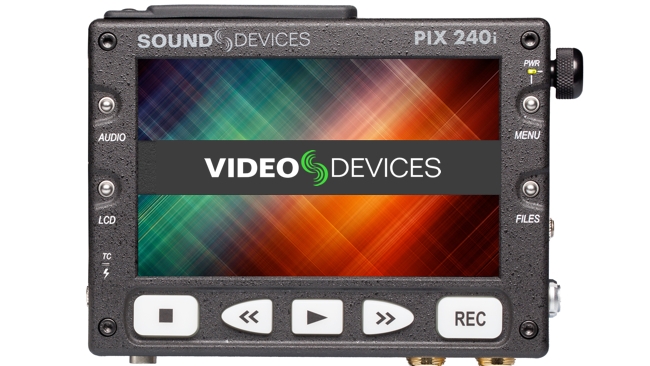 It turns out that Sound Devices is a great name for an audio company but for video? Not so much. So they've done something about it

Sound Devices has always made very good-sounding, dependable audio gear, so it was mildly surprising when just a few years ago they started to introduce products with video not just as an afterthought, but central to the product and their product range.

And they've been very successful in this new, visual field, building a range of SDI and HDMI recorders like their Pix 240 that have the same robust reputations as their audio gear.

But the name of the company has always had the potential to confuse buyers, and perhaps to limit the value and power of its branding, because for anyone that didn't know, the first place they're going to look for video devices is probably not a company called Sound Devices.

There have been other examples: Sonic Solutions branched into DVD authoring and did so very successfully. They might have been something of an exception though because you don't find many commercial enterprises with names like "The Pittsburgh Horse and Carriage Company" making cutting edge motor cars today. (Not wishing to imply that Sound Devices' audio products are anything less than state of the art!)

So Sound Devices has added a new brand to their eponymous parent company's stable: Video Devices.

We hope they haven't paid any branding agencies much for that gigantic feat of imagination, but it seems to us a very good move. It's not only generic enough that they will attract searches that were not even looking for them specifically, but it's very clearly still part of Sound Devices too.

This is a good move by them and we wish them success with it.