GoPro goes IPO: announces it will offer its shares to the public 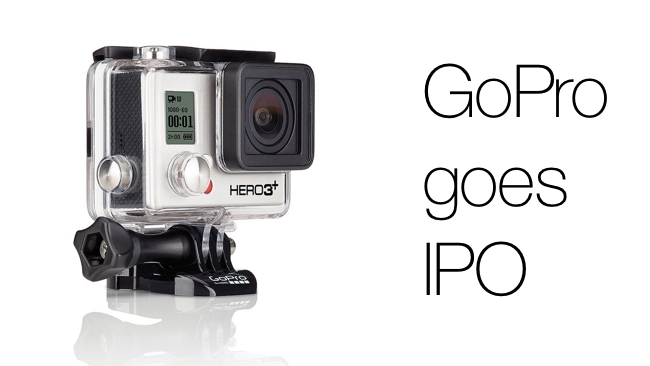 According to Forbes Magazine, the company sold 2.3 million cameras in 2012, brining in more than $520m in revenue. In fact, revenues have doubled every years since the first camera was launched.

GoPro certainly deserves a measure of success: if you've ever been to a GoPro exhibition stand, you'll have noticed that they whip up a quasi-religious frenzy that's even more ecstatic than anything you'll see at an Apple convection, although the prospect of cameras being given away might have something to do with it.

What will it mean for customers?

What will a successful IPO mean for customers? The company has never given the impression that it's short of funding, but it might allow for a wider range of devices, and for lower prices as production is increased.

Better quality, higher resolution, higher frame rates, stabilisation, are all features that will sell more cameras; and one wonders whether they might branch into other areas as their shooters become more ubiquitous. Dash cams for example? You never know when the next meteorite is going to hit.

Read GoPro's rather terse press release after the break.

SAN MATEO, Calif., Feb. 7, 2014 /PRNewswire/ -- GoPro, Inc. announced today that it plans to conduct a registered initial public offering of its common stock. The offering is expected to commence after the SEC completes the review process initiated by GoPro's confidential submission on Friday February 7, 2014 of its draft registration statement.