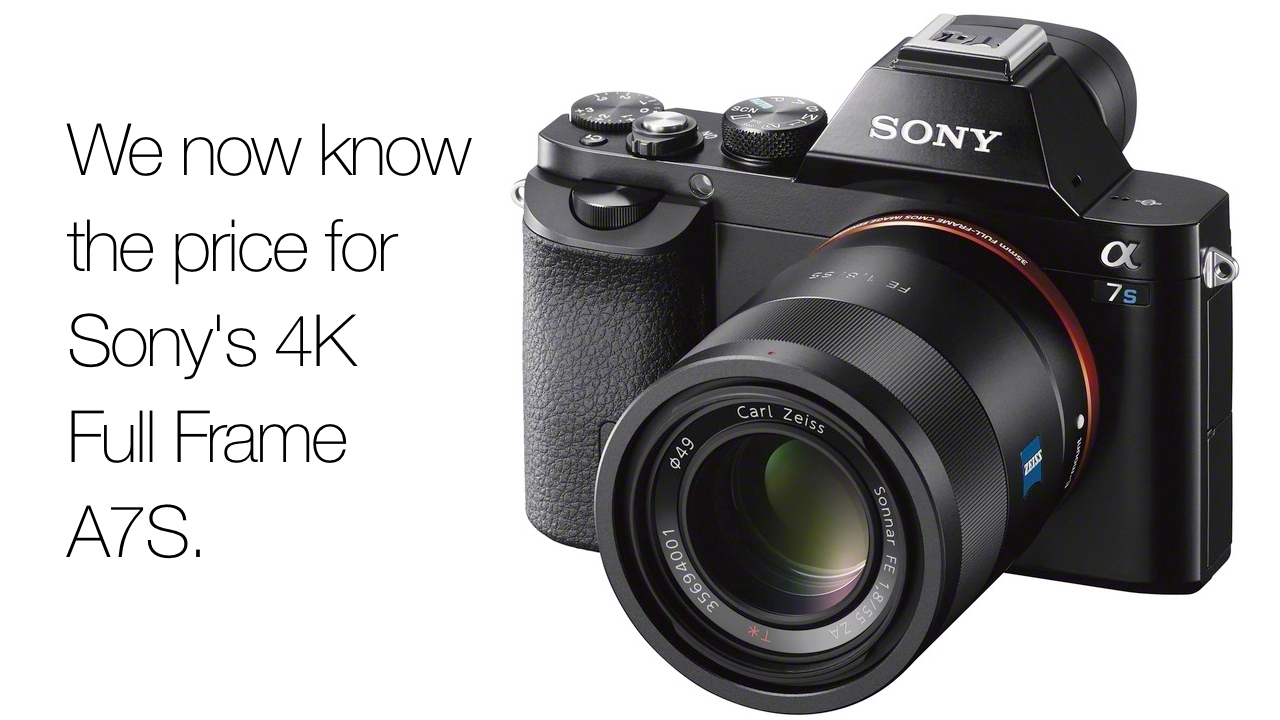 After a long wait - but actually earlier than Sony said it would be announced, we now know the price of this Full Frame Mirrorless 4K camera

The A7S was the "big surprise announcement" at NAB this year. It was shown to us in a small backroom by a group of proud and enthusiastic Sony engineers. The meeting left us with only one doubt about this remarkable camera: the price.

But now we know (thanks to Engadget). It's $2,500, for the body only. That makes it only a bit more expensive than what must surely be it's biggest competitor, the Panasonic GH4. The differences, broadly are:

Sony has a bigger - full frame - sensor. The GH4 is a Micro Four Thirds imager.

The GH4 can record 4K internally whereas the Sony will need an external 4K capable HDMI recorder.

The Sony has a phenomenally good low light sensitivity due to the large sensor with a relatively low 12.2 megapixel resolution. Note that 4K video only needs 8 megapixels though. 12.2 Megapixels can still give an outstanding still image as well.

To record 4K from the Sony camera, you'll need a 4K HDMI recorder, and there aren't any at the moment, but the A7S was developed in tandem with Atomos' yet to be released Shogun 4K recorder, which will cost $1,995. No date has been given for the availability of the Shogun.

Read: Panasonic's 4K GH4. All things considered, is this the best camera ever?