Windows 8: the elephant in the room? 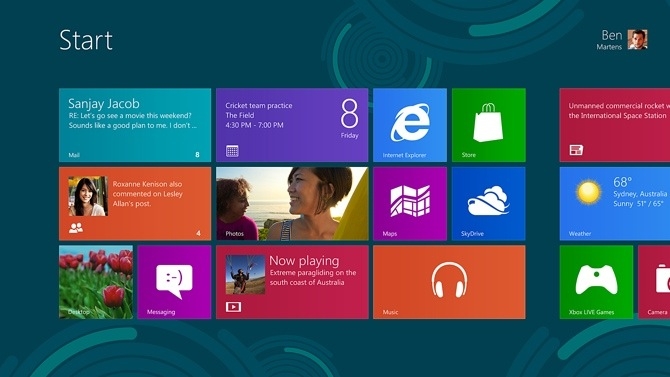 A few years ago, the launch of a major new version of Windows would have dominated the front page of every technical magazine. Today Microsoft is fighting for attention with smartphones and mini tablets. Kieron Seth reports

But let's face it, the new OS will inevitably be installed on every new PC, workstation and laptop (with one famous exception), whether the machine is destined for excel spreadsheets, web design or video editing.

So, is it unfair that the Windows 8 fanfare has been trumped by iPads and iPhones? Frankly, yes. There's actually some pretty cool new functionality that could make content creators' lives a lot easier.

Firstly, performance. Historically new operating systems have made computers, designed to last year's spec, grind to a halt. Not so Windows 8 which accelerates most routines, such as start up, shut down and Internet browsing. Critically, when it comes to image editing or video and audio encoding, most analysts have identified significant speed increases; welcome news indeed.

The second enhancement is in storage functionality. LUN provisioning has been enabled. For non-technical users, this offers an alternative to configuring a RAID array. Multiple hard disks – internal or external – can now be identified as a unified storage pool with a single drive letter. At any time, more drives, of any size, can be added to the pool. With more than a single drive installed, the system can also be directed to mirror data for fail-safe content protection. Showing itself a deft hand at marketing, Microsoft has re-named LUN Provisioning “Storage Spaces”.

Storage Spaces is a straightforward way to simplify file structures and data management. It's good news for any desktop system holding an ever expanding archive of media files. For online HD editing, however, a RAID array's speed and security will still be hard to beat.

Finally, and most controversially, there's the touch screen interface. Linear editing used to be a highly tactile process with VTR controllers, mixing desks and processing equipment all needing constant hands-on attention. While grading and audio suites are still highly tactile places of work, editors are largely tethered to a keyboard and mouse. Perhaps touch screen monitors and interfaces will prompt editing software developers to re-consider how users can interact far more intuitively with the timeline.

There's a lot of good stuff in Windows 8. So much so, that I'll even give Microsoft the benefit of the doubt when it comes to removing the start menu...