Leica's new "T" system is literally hewn from solid metal. It also shoots HD video. Would you buy one? 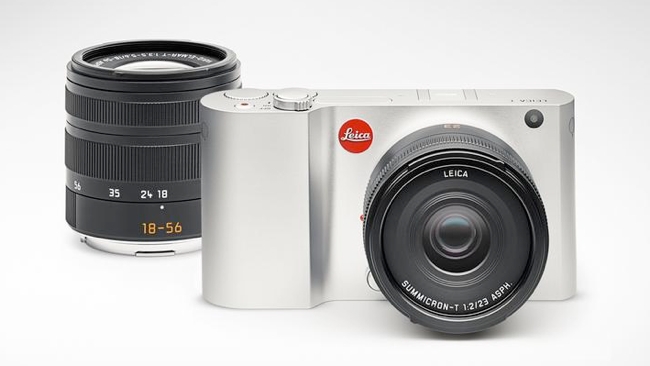 Would you buy a camera that's been polished by hand for 45 minutes and carved out of a lump of aluminium? You might if it looked like this!

You don't see many Leicas in the world of filmmaking. They're Still photography  cameras, though and through. The latest camera, well, actually it's a whole camera system, does record HD video, and through Leica's lenses and with the help of a Sony sensor, it's probably going to look good.

Lovely though the new device is, though, we probably won't be getting one for its video qualifications. As a still camera, it's probably very good. As an "Objet", it's probably unbeatable. As a video camera? We'll know when we try one, but for the money, there are probably better options if you want to shoot solely video.

Made from a solid block of aluminium, it exudes the sort of tough, understated elegance that we're more accustomed to seeing in German cars like Audis. Remember the 2004 Audio A4? It was almost the perfect car design for minimalists: not a line nor a wrinkle out of place, and not a single element that wasn't absolutely needed 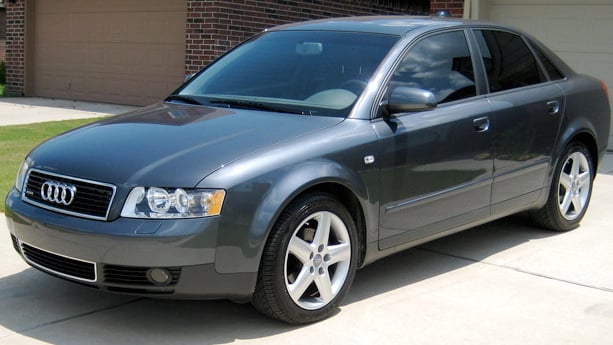 Which is no co-incidence because the camera was a joint design project between Leica and the teutonic auto company. Unlike other commentators, we don't think it looks a much like an Apple product (well, maybe just a bit...). It's more like an idealised realisation of a small camera shape, without any decoration or embellishment.

That doesn't mean that it's easy to use, of course: comparing this with a similarly specced Sony camera on my desk suggests that some additional controls and a few grippy bits of plastic and rubber can really help.

So why will people buy this?

Perhaps as a device to capture images from superlative Leica lenses. The "T" system is a new one, and there are currently only two lenses for it (a 35mm equivalent prime and a 28-85mm equivalent zoom), but that will change. What might not change much is that the lenses typically cost as much if not more than the camera itself (nothing unusual there in the world of high end professional photography or filmmaking, but it definitely is unusual in budget DSLR photography).

Leica lenses have an unbeatable reputation, and with even a half decent sensor - and this one, made by Sony, is well on its way to being fully decent, you have a good chance of capturing outstanding shots.

But perhaps people will also buy it because if its elegant minimalism, and the undeniable craftsmanship that goes into building these rarefied objects.

(I suspect that Hasselblad is aiming for the same market with their "Lunar Collection" - which to us looks more of a triumph of style over substance, and does their reputation a disservice to the excellence of their other cameras) 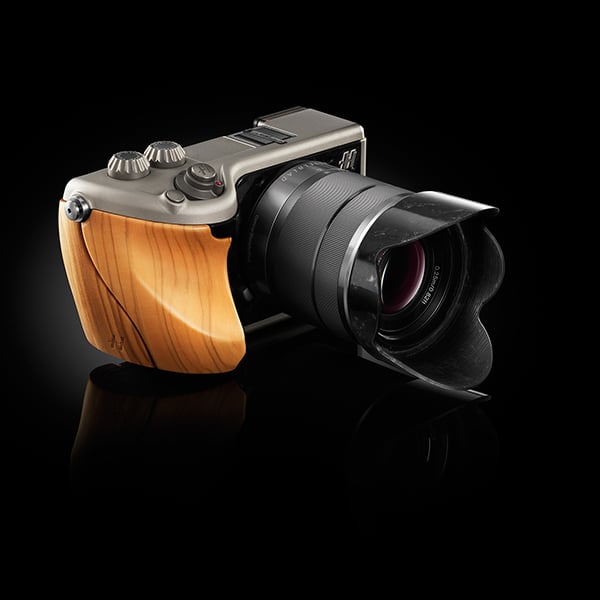 I guess it comes down to heart versus head. I would love one of these things and even if it didn't work it would take pride of place in my collection of high-tech things. But my head would tell me that for similar amounts of money I could buy a Canon 5D Mk III with a good "L" lens, which is both more versatile and more familiar to me.

Of course, in an ideal world, you'd buy both...

Video and Leica's press release after the break

Los Angeles, California – April 24th, 2014 – Leica Camera continues to celebrate its journey into the future with the launch of the radically new yet brilliantly familiar Leica T-System. The Leica-T was designed with dynamic simplicity in collaboration with AUDI Design and it is the fourth system ever to be released from Leica. The Leica T-System features Wi-Fi, a rebuilt graphical user interface (GUI), Adobe® Photoshop® Lightroom®, a professional digital workflow solution for Apple Mac® OS X and Microsoft Windows®.

Leica has been praised for a century for its precise engineering while understanding the importance of design. As a result, Leica has created tools that are the perfect balance of purpose and emotion. At the heart of this praise is the collaboration with AUDI design and the creation of the Leica T-Unibody. The Unibody was painstakingly made by hand and machined from a single, solid block of aluminum, with a sleek and tactile finish. The new body is a natural extension of the user’s hand and photographic vision allowing complete focus on crafting the perfect image. Using the integrated Wi-Fi module these images can be wirelessly transmitted to smartphones, tablets, and various social media platforms via the new Leica-T app which is available for iOS devices. Leica customers can also download image processing software, Adobe® Photoshop® Lightroom®, free after registering their camera on the Leica website. The digital image processing software offers a comprehensive range of functions for the management, processing, and presentation of pictures and video. Leica has also collaborated with AUDI Design to create new and unique accessories. These accessories include bags and cases available in yellow, orange-red, black and white. The bags, cases, and straps were designed using the new, innovative Easy-Click system. Easy-Click was designed to effortlessly connect the user’s straps to their bags and cases. Two new lenses are being introduced that will accompany the Leica T-System launch: the Leica Vario-Elmar-T 18-56 mm f/3.5-5.6 ASPH and the Leica Summicron-T 23 mm f/2 ASPH. The Leica Vario-Elmar is ideal for creative innovators who want true versatility in their photography allowing them to seamlessly shoot landscapes, portraits, and other limitless forms of creative outlets. The Leica Summicron-T 23 mmf/2 ASPH which equates to the traditional reportage focal length of 50mm gives the user everything they need to capture all the decisive moments. The Leica M-Adapter T expands the lens selections to include all Leica M-Lenses produced after 1954.

The Leica T features a large high performance, APS-C-format CMOS image sensor with over 16.5 megapixels (effective 16.2 MP) that is the perfect combination of performance and image quality. The MyCamera menu can be customized to the user’s preferences allowing easier access to all their frequently used settings. The system also includes a high-resolution electronic viewfinder with an integrated GPS feature and tilt and swivel function allowing angles to be adjusted. The new Leica SF 26 flash unit gives users the ability for perfect flash exposures and fill light. Unique to the Leica SF 26 flash allows it to be used as an LED light source for recording video.