Mexico: Putting the "business" in to film 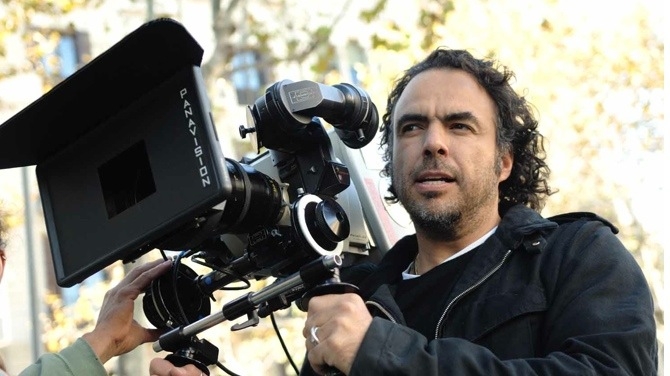 Mexico, with its lengthy border with the USA, has a thriving culture, but lacks the financial means to compete with it's northern neighbour. Sergio L. Brito explains about Mexican history, culture and film making.

Mexico's history is a roller coaster full of ups and downs in its cultural development. It started with the social "interruption" of the Spanish conquest.  Then there were delays in technological progress caused by oppression, dependency and revolution. Despite many of the Mexican heroes who fought and set examples of the potency of the individual, collective consciousness was set by default to dependency on big societal and political groups. This attitude was summed up by: "If you want to get something done, you better get yourself a really big ally”.  And which ally could be bigger than the government?

The role of the revolution

The Mexican revolution plays a big roll here. A party called “free” Mexico PNR (later called PRI)  ruled the country since 1929 until year 2000. That’s right, 70 years! How did this group get to handle and keep power for so long? Well, there are many factors, but two of them are crucial to understand today’s Mexicans condition: Ignorance and Fatherhood.

Lets remember that Spain was many years ahead of Mexico in every way when the conquest took place, so the Mexican population was, and has always been easy prey for ignorance since its beginnings. Fatherhood, instead, took a little bit of Roman wisdom: Panem et circenses (“bread and circuses”); which is code for: keep people entertained and they won’t question. This philosophy lead us to misbehave as countrymen. While being "disadvantaged" compared to other countries, we were strong enough to demand the government should give us the right conditions to achieve goals in everything aspire to, like education, sport, sciences, and culture. The problem seems to be that this has been misunderstood: we don’t ask government for “conditions”, but rather for “complete solutions”. Today’s Mexican cinema is still a victim of such key factors.

Mexico doesn't have an economic model to make films on a production line, like Hollywood does. That shouldn’t be a surprise, since one of the biggest challenges in todays cinematographic industry - not just in México, but around the world - is the economic business model: it just doesn’t work. George Lucas, who makes a living from almost every big movie that is out there (through his company Industrial Light and Magic), is a great example of economic success in the cinematographic industry. But despite all his this, Lucas has declared the movie business as a not great business. He told the All Things Digital at D5 conference in 2007 that “The last thing you wanna do is invest in the film business. It's the absolute worst...” and that “Just 10% of the movies made in Hollywood - which is the second biggest movie industry centre in the world - make money”. Doing the maths this lead us to 90% of the movies not making any money, and therefore not driving new investors in.

The Fatherhood we as mexicans are so used to in many areas of our lives, is very latent in the Seventh Art (movies) as well. As an example of this, we can see federal resources being the number one financial source for movie making in Mexico, managed and delivered through funds and institutions like IMCINE (the one institution to rule them all... almost). The others are CANACINE, CONAFILM, FIDECINE and FOPROCINE, just to mention some key ones. All of these programs and organizations depend on CONACULTA, which administers culture in Mexico. Having this type of support for the industry is a good thing, but the bad news is that most of these are federal resources: for the public domain, not private enterprises, which means that as a film-maker you may not use it for commercial productions. So we are back at square one.

"Fatherhood" will not allow us to undertake things by ourselves, and the risk is too big for enterprises. No one seems to know how to make a movie business and compete against Hollywood. So how do we make a movie in Mexico?
There is one option, though, to make a commercial movie In Mexico, andit is a very popular one. It's called article 226. Since it launched in 2006 EFICINE (Ley de Estímulo Fiscal para fomento a la Producción Cinematográfica), and it has helped film-makers a lot.  So how does it work?

As a film-maker you go to an enterprise (or any other taxpayer in Mexico), convince them to support you, and in exchange they will receive 3 things: tax credit for the total amount of their investment, an advertisement in the movie itself - and in the promotion and marketing - and a "Socially Responsible Enterprise" title which helps them to get more financial credits with the government and some institutions. This is one of the best shots for any film-makers in Mexico, but it is also hard to get since just 500 million pesos (38.8 million dollars) are designated for such projects every 6 months. Also, there is a top limit in the amount of money you can aspire to get in every project: 20 million pesos (that is a little bit more than 1.5 million dollars), allowing around 25 projects to get funded.

Having United States so close to Mexico doesn't help either. Mexico is one of the biggest markets for Hollywood, since the closeness of the two countries has shortened the lessened the cultura differences, allowing American content to be very well received by Mexico. This means Mexican film-makers have a huge competition if they want to get viewers in the first weekend, which determines what movies will stay longer and which ones won’t.
In Mexico many people know how to make a movie, but few know how to live from it. It’s been said that just 5 people in the country make a living out of, purely, cinema business. If you want to make movies in this country, advertising has to be your work and cinema your favourite hobby, since it isn’t a business at all.
Let’s change that.