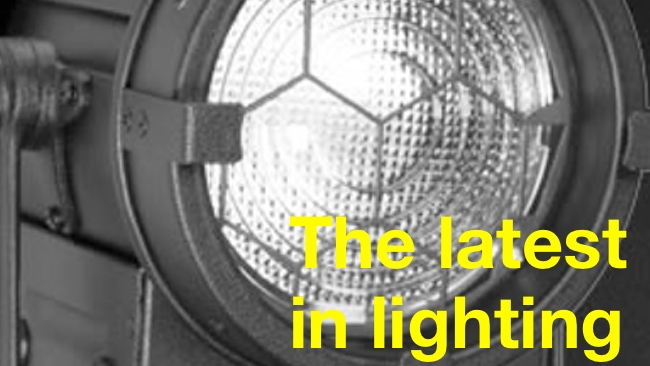 BSC Expo is a small show in Warner's Leavesden studio, near Watford, a satellite town of London. It's an almost brand new facility eager to show off its latest technology.

One of the incidental benefits of attending BSC Expo this year was the opportunity to poke around Warner's Leavesden studio facility, still smelling of fresh paint after a comprehensive refurbishment  which opened in April last year. Quite why Warner would want to spend £100million building a smart modern studio complex on an old airfield (Leavesden wasn't even a studio before Goldeneye shot there) in one of the world's most expensive countries isn't entirely clear, but smart and modern it is, in a way that frankly neither Pinewood nor Shepperton can really compete with. Even the staff aboard Warner's own in-house location catering trucks were cheerful despite the chill of an English January morning.

Within, we find an exhibition catering mainly to what's usually called the high end, with an Alexa on practically every booth and even a small Sony outpost talking about F65. Kodak, in cooperation with the iDailies lab and transfer facility, have had a good year. iDailies are one of two companies now processing film in the UK, and, according to them, the only people doing “front end work” on original camera negative. Sad as it seems that Deluxe and Technicolor are now out of the game, iDailies report excellent trade, averaging 500,000ft a week of 35mm during the main production period – that is, spring, summer and early autumn - of 2013. Having taken on ex-Technicolor staff they're looking forward to similar trade this year. Kodak, exhibiting alongside the lab, report similarly robust trade – they'd have to, logically – with a raft of respectable productions recently shot on their materials. There is even talk of a 65mm production, shooting in the UK and New Zealand, during 2014. If someone's prepared to spend around £900 a roll for 65mm camera negative, we can probably say that things look refreshingly bright in film land.

Arri showed their black and white Alexa, of which exactly three exist, one in Germany, one here in the UK, and one in Los Angeles. Available since just before the new year, the camera lacks not only the colour filter array typical of single-chip cameras, but also the infra-red filtering. This raises the interesting option to either filter, or not, to exclude either infra-red or visible light, an option that previously required either special camera equipment or exotic film stock. This is hardly an innovation – we looked at Red's monochrome Epic some time ago – and nor is it particularly technically involved, requiring simply the omission of parts and a few software changes – and I doubt they'll ever be built in large numbers, but it's good to have the option.

Another Arri innovation, built in-house by enthusiastic engineers at their UK outpost, is the Versatile (and that's a proper noun, not an adjective) flat panel light. Visibly building on the sort of technology used by replacement drop-ceiling office lighting (the Versatile even retains the 600x600mm size with 70W output), it's a refreshingly simple design which we might hope can be reasonably low cost. There are caveats to edge-lit LED panels, inasmuch as the technique is quite lossy, requiring all light that comes out of the front of the panel to make its way through a series of reflective bounces and diffusing layers to achieve the requisite unvarying field of light. This affects efficiency by a factor of several tens of percent, and no edge-lit flat panel – of which there are already examples – will ever be attractive solely on the basis of its overall luminous efficacy. However, the cosmetic appearance is very good, and there is a key advantage in that the panel, which is quite large at about two feet square, can simultaneously behave as both a flag and a light source. Arri tell us that productions have already used them to both flag and light location windows against changing exterior daylight. The engineers responsible for developing Versatile seem well-informed about the performance and potential caveats of LED and have developed custom electronics to provide DC, as opposed to pulse-width modulated, dimming, a technique they call “linear drive”. Versatile is currently available in tungsten and daylight versions, although with DMX control and presumably the possibility of brightly coloured versions, we might expect to see them appearing in other circumstances too.

Venerable US lighting company Mole-Richardson is, of course, famous mainly for tungsten fresnels, having actually invented the “fresnel solar spot” in the 1930s. They have long manufactured HMIs, too, however, and now make LED versions of their classic design. They're not all that famous maroon colour, which could be seen as a downside, but it's probably a side-effect of the fact that this has allowed the company to get back into television. News studios in particular, with fixed costs related to lighting and air conditioning, are often keen adopters of the technology in any case, but Mole have made a particularly interesting decision, which is why I mention them particularly: their thinking is that an LED fresnel should not be more than twice the cost of equivalent tungsten. This is forward thinking indeed in a world where lighting that's no more than ten or fifteen percent more efficient than, say, HMI, often costs a lot more per photon. This is the sort of approach that is required to move new technology out of the early-adopter phase and is very laudable.

And apparently, there have been calls to update or modernise the well known M-R company logo, famously cast into the metalwork of lighting stands for the last 86 years. The company, for its part, has reacted to these calls with an appropriate degree of incredulity. Are these people serious? It's Mole-Richardson, for crying out loud.