How powerful is the new Mac Pro? Enough to play 16 simultaneous streams of 4K 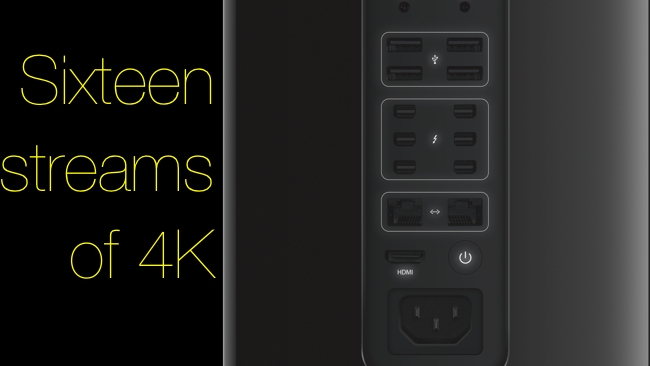 We just wanted to mention that Engadget is reporting that they've seen 16 streams of 4K playing simultaneously on a new Mac Pro. With a PCI e architecture and the entire system designed around speed and native 4K performance, this is the fist demonstration of the power of this 9" cylinder.

We weren't give an details of the set-up or the format of the material being played back (we don't know if it's uncompressed, compressed, and if it is, which codec was used).

With the machine only released today, we're still waiting to see detailed benchmarks, but it's clear that for all its apparent lack of expandability, at the very least, the new Mac Pro is a computer to be reckoned with.

You can read the Engadget article here, and our in-depth coverage of the new Mac Pro is here