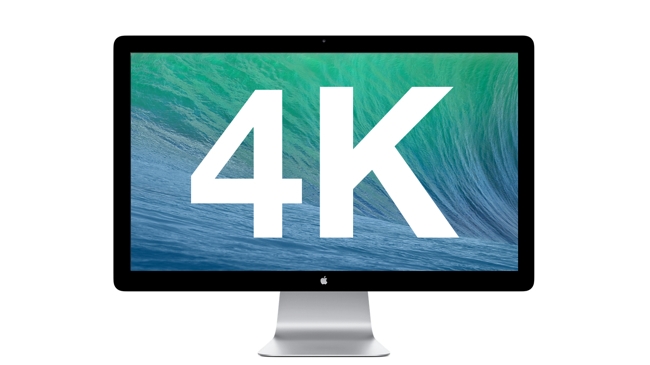 All you can ever do with Apple is read between the lines. But we think this is a strong hint that a 4K TV is coming down the line

Why didn't Apple release a 4K monitor at the same time as they released the New Mac Pro on 19th December? It would make complete sense for them to do this. After all, they timed the release of significant new software for content creator, Logic for audio and FCP X for video, to the very day when the new computer because available.

You can absolutely imagine customers - either those with big corporate budgets or freelancers who are taking out finance to support new purchases - buying 4K computer monitors to go with their shiny new cylinder.

And they can. But not from Apple. Apple even has other people's products on their website. What a big wasted opportunity. There must be a reason for it.

And that reason is either that they simply didn't get their act together in time (perhaps because in the totality of things for Apple, this isn't really that much of a big deal) or that they are working on an Apple 4K TV, and the new monitor will be part of this range.

It seems at least possible. Don't forget that the still attractive and functional design of their existing monitors is actually several years old now. It would make sense for any new screen-based device to share the styling with an Apple TV range.

All of which is complete and unsubstantiated speculation, but it does, nevertheless, all fit.

Here's our original article hinting at this from a year ago. Don't say you didn't read it first here!