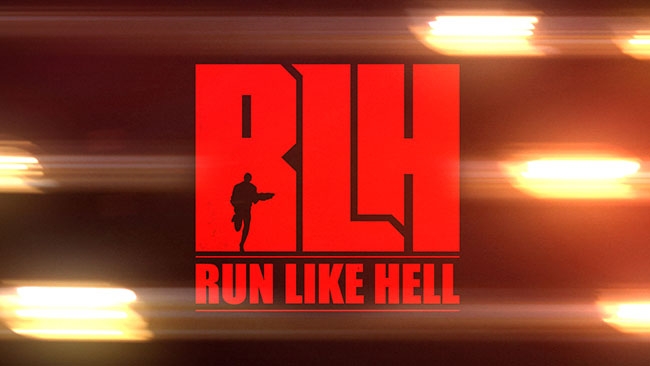 Stu Maschwitz is a filmmaker, visual effects supervisor and the Creative Director of Red Giant Software, where he helped develop Magic Bullet Looks, BulletProof, Colorista II and more. In the past, he was a VFX artist and supervisor at Industrial Light & Magic (ILM) for four years, and then co-founded visual FX company The Orphanage in 1999, who did FX for several movies including Joon-Ho Bong’s monster film The Host (2006), Iron Man (2008) and more

He has also worked on films such as Sin City (2005) and The Day After Tomorrow (2004), and is an accomplished director of commercials and second unit on features. He has recently teamed up with Red Giant Films to produce and direct a short film/teaser for a feature film based on the cult video game Run Like Hill.

RedShark News recently sat down with Stu to discuss the short. Here is the short film:

RedShark News (RSN): How did you come across the script for Run Like Hell (based on the video game)? Is the game producer and publisher onboard? How different will the film be from the game, without spoilers?

Stu Maschwitz: My agent brought me the script, and I loved it right away. I met with producer Adrian Askarieh, who optioned the rights to the game from Interplay and Capcom, and we realized right away that we shared a passion for this story's unique combination of effects and humor. Adrien had done a great job of developing a story inspired by the game, but quite distinct from it. We agreed that some kind of teaser would be necessary to show the world what the tone of this film will be. While some of the dialogue in the teaser is pulled right from the hilarious screenplay by Max Adams, the events of the teaser are not directly from the film. I came up with the POV story to get the character of Nick and the effects of the world into a "short and sweet" package that would play well to a YouTube audience.

RSN: What motivated you to go 100% POV of the character?

Stu: I am a big fan of the GoPro Hero 3 camera, and had been wanting to do something narrative with it. Audiences are so sophisticated about VFX now, but I felt like there was still an opportunity to sneak past their defenses by putting crazy effects into GoPro footage. When you see that wide field of view, your subconscious prepares for something amazing--but something that really happened. I wanted to shock the viewer as much as possible in the same way Nick gets shocked when his romantic adventure gets interrupted by an alien invasion.

RSN: Tell me about shooting with the GoPro as the actor and director? How did BulletProof play a part in your playback, etc.? Stu: Ordinarily I would have cast someone as Nick, and then followed them through the shoot using the GoPro iPhone app that can wirelessly link to the camera. But I had such specific requirements for the timing, action, stunts, and effects that I decided to wear the Hero 3 myself. BulletProof is really what made that possible. We would shoot one or maybe two takes before ingesting the footage into BulletProof and reviewing it right there at the location. More than once, the review process saved my butt when I thought I had a perfect take, but actually don't quite have it yet. We shot with GoPro's ProTune color space, which meant that we had to use a LUT when reviewing the shots. And I made notes using BulletProof's metadata that followed the footage through post.

RSN: What other cameras did you use?

Stu: I used a Canon 5D Mark III for reference stills and motion elements, including Helena Martin's performance as the dangling Laura.

RSN: Tell me about post-production - software, etc. Who edited the short?

Stu: The teaser was edited by Gregory Nussbaum at Pictures in a Row. He also did the sound design, which was quite involved. He edited in Premiere Pro CC, and then exported the timeline as an After Effects CC project, which is where I did final effects and color.

RSN: What Red Giant apps and plug-ins did you use?

Stu: I used Colorista II for the color grade, which was complex because I had to animate transitions between many layers of color correction. Harry Frank built a GoPro lens flare in Knoll Light Factory. I used Trapcode Particular for smoke, and Trapcode Shine for light rays. Trapcode Horizon helped me texture map smoke elements from Detonation Films and Video Copilot onto the inside of a sphere, which was the only way to get them to look right through our simulated GoPro lens. And Red Giant makes a killer Corner Pin effect that I used to track the text of the note back onto the paper for a few hundred frames where the lighting was too extreme to see the words.

RSN: What’s the next step with Run Like Hell? Any studio interest?

Stu: We created the teaser to get financiers and actors excited about the project, and we've already gotten some bites. Fingers crossed!

For more on Stu and Red Giant, visit ProLost.com and RedGiant.com.