How to finance your film without your parents or your dentist 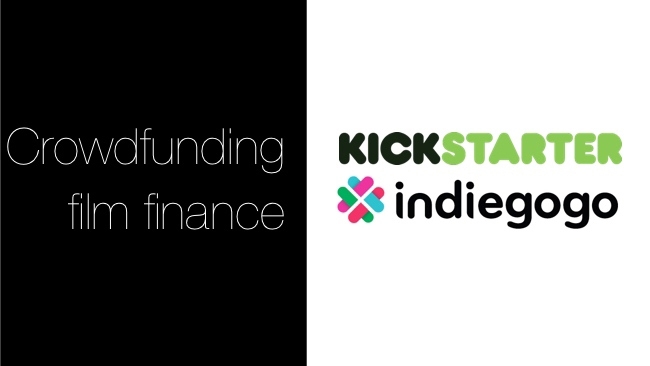 Wondering how to finance your next film? There's a new way, which will come as a relief of the dental profession

In the US, any conversation about funding a short or student film will eventually – for some reason, but I swear it's true – come around to asking a dentist for money. I'm not sure quite why the dental profession has managed to build itself such an enviable reputation for generosity toward the arts, or alternatively a questionable reputation for pouring money into the dead-end projects of starving filmmakers. Either way, I've had other people express the opinion that members of the American Dental Association are ideal production partners twice in as many days, and both in the same context: criticism of Kickstarter, Indiegogo, and crowdfunding in general. I'm not quite sure, though, why people have such a problem with it.

It has long been a standard approach of fledgling filmmakers to approach friends and family for money to make films, especially short and student films which are not seriously expected to be moneymakers. This is, again, probably mainly an American thing, where there seems to be a far greater social acceptability to entrepreneurship which offsets the potential embarrassment of asking people for money. I could (but of course won't) point to several accomplished US shorts which I know were funded by the Bank of Rich Uncle Fred , who probably made his money in orthodontics.

Crowdfunding tends to look, to filmmakers at least, like a formalisation of that situation, only designed to cast a far wider net, requiring smaller amounts from a larger number of people. So, what's the problem?

Well, I'm not entirely sure. The most public and obvious objections to it arise when people like Zach Braff, latterly the star of the gigantically successful hospital sitcom Scrubs, ask for money. Some of the objection seems to be that Braff's already-huge public profile makes him unreasonably visible, pulling attention away from other Kickstarter projects. I'm not sure that's really very valid criticism, as I don't think most crowdfunded projects rely on being publicised solely on the crowdfunding organisation's page. Frankly, the involvement of prominent people probably publicises the entire concept of crowdfunding, to the net benefit of everyone. The most common objection, though, is that if Zach Braff wants US$2.6 million, he is probably well-connected and personally successful enough not to need Kickstarter.

Even if this is true, I'm not convinced that there's any real evil in it. The idea that a dollar to Braff's project is a dollar not contributed to a less prominent, less wealthy crowdfundee is shaky at best, as I haven't heard evidence that this is a zero-sum game. People also complain that it's iffy from a business ethics point of view: crowdfunders don't get a cut of a film's profits in the way a traditional producer would. There are valid arguments against independently wealthy people using kickstarter, on the basis that crowdfunded film often ends up “selling” mementoes, T-shirts and general swag at well above market rates, as such a degree of charitable intent is involved, and it's bad form to ask for charity you don't need. I think that if you don't want to contribute on that basis, fine. But that's not an argument against crowdfunding films in general.

The more general objection is frankly rather less well articulated, and tends to come from people who have spent a lot of time and effort becoming independent film producers. This can be a difficult thing to achieve, requiring years of organising the making of, and seeking distribution for, films from what we might charitably call the B-movie end of the market, often for an income that seems paltry for someone basking in the title “film producer”. At least, so they often say. And these are the people who tend to object to crowdfunding inasmuch as it can be thought of a way to jump the queue, to produce without having gone through the traditional process, to avoid the hard work and unpleasantness of seeking funding. And frankly, to cheat.

I have very little sympathy for this point of view because there is no evidence that traditional film funding is particularly morally upright itself, reliant as it generally is on credit, government subsidy, the thorny issue of predicting future revenues and the goodwill of extremely conservative corporate hierarchies. It's not unreasonable, nor is it very novel, to propose that these issues have conspired to artistically bankrupt a lot of commercial cinema. If you thought Transformers: Dark of the Moon was a good, worthwhile and artistically fulfilling film that future generations will talk about to their children to with respect and pride, feel free to disagree, but otherwise I think that if crowdfunding can go any way to correcting that situation it is already worthwhile.

But I'm not sure that's the most valuable thing it can do. The biggest problem facing film productions from other than the biggest few studios is monetization, which is one of those unpleasant internet neologisms which nevertheless serves quite well to describe the process of making money out of a movie once it's made. It's an old plaint, but showbusiness is a business. Film is much too expensive to pursue as a pure artform in all but the most edge cases. And to date, the only model available to independent producers was to attempt to follow the standard distribution model, only without the massive resources of the biggest studios. Unsurprisingly, this was practically impossible, and it was (and remains) common for entire independent feature films to go undistributed. Beyond the personal frustrations involved in such a waste of time and resources, this represents appalling economic inefficiency, in the strictest sense of the term.

Crowdfunding, though, represents that most elusive film sales technique: a presale. Not in the same sense as a traditional film presale, in which the distributor in a territory might promise (to a bank's satisfaction) to pay a certain amount for rights to distribute a film. In that situation, the producer might expect to see both that lump sum and a proportion of the revenue. Crowdfunded productions simply receive a lump sum, although they are of course free to chase further revenues thereafter. Funders are likely to make a donation (the Kickstarter average is $25, across all projects including non-film ones) not grossly dissimilar to the cost of a couple of movie tickets, and they usually get to see the film. Crucially, the commercial appetite for the film is known before production begins, and a producer may proceed with the confidence that the product is already sold.

So, crowdfunding has the potential to benefit both the show and the business, and I really don't see what the problem is. In extremis, we're not likely to see people like Braff banned from crowdfunding, as the criteria would be complex and in any case Kickstarter themselves take a cut, so there's no percentage for them in limiting high-potential projects.

And I'm sure American dentists would be very happy to be left alone, too.