Sony sets out its vision 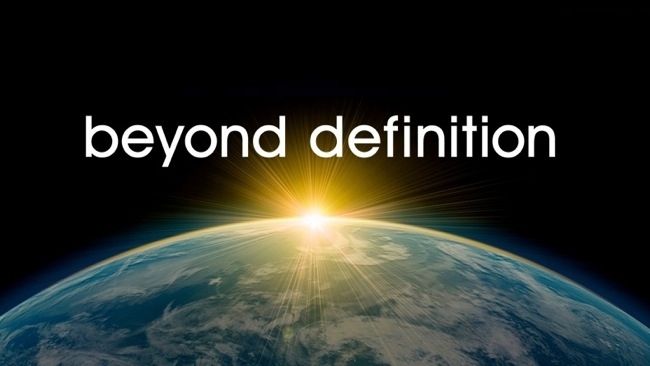 Sony's press conference at the IBC is always worth going to, not necessarily because of new product announcements but because there are always new facts and figures, as well as a glimpse at future directions and priorities

Sony is across so many areas in production, post and broadcast, that they had a lot to cover in just 40 mins. Here's a quick summary of the highlights.

4K was the biggest deal, and they have made "remarkable progress in 4K in just one year".

You couldn't help noticing a massive projection screen at the back of the room, and we were treated to some impressive 4K footage, including extracts from "the world's biggest ever 4K live shoot". Shot with 16 F55s adapted for live production, Muse were shown in concert with stunning detail and clarity as well as completely awesome sound.

Staying with live 4K production we learned that the FIFA Live event in Brazil used live production-modified F55s as well. Sony will be producing the FIFA 2014 World Cup in Brazil, in conjunction with FIFA TV

The F55 as a 4K live production camera was a big theme, and the rest of the production chain is now a real thing too, with the LA-FZB2 Lens Mount Adaptor that accepts existing 2/3-inch HD zoom lenses; the CA-4000 Camera System Adaptor; the BPU-4000 Baseband Processor Unit and the HDCU-2000 Camera Control Unit.

4K transmission is important too, and Sony has been working with various satellite providers to deliver 4K via HEVC (H.265), the new compression system that provides up to a much-needed 50% efficiency boost over previous generations.

Resolution is not everything with 4K. It also adds value to HD productions. The high frame rates mean that slow motion is indeed slow, and zooming into a 4K frame for HD delivery means that - miraculously - a camera's angle and zoom can be adjusted retrospectively.

And it's not just high-end cameras that stole the show. Sony talked about the PXW-Z100, a professional 4K handheld XDCAM camcorder featuring a 1/2.33" Exmor R CMOS sensor. The sensor has total of 16 million pixels and is able to acquire 4K content (4096x2160) at 50p or 60p. The camera is aimed at corporate and event production and brings 4K capture to all corners of this sizable market.

Sony's always been at the forefront of OLED monitors. These are certainly not cheap, but the amazing colour rendition and deep blacks have led to 25,000 Trimaster EL monitors being shipped so far, with 30" and 56" 4K OLED monitors being launched soon.

We also learned that over 2000 4K cameras from the CineAlta range have been shipped (but we're not sure at this point whether that figure includes FS700s).

In a file-based production universe, the term "workflow" is never far away. In addition to Sony's enterprise scale Media Backbone Conductor, Sony now as an entirely separate division to develop and run its Media Cloud Services, which are grouped under the title "Ci". Naomi Climer, who heads up Sony's Cloud Services, told us that the system is a reality and is available to users now. Sony pictures is already a client, and overall, the service has 250 terabytes in use, with another 2 petabytes to come online soon.

Another venture for Sony is live production over IP: essentially this means TV signals over a network cable, with no visual or operational drawbacks - and the very big advantage that absolutely standard IT equipment can be used for routing these TV streams. Sony's IP technology enables transmission of HD or 4K video, audio, and control/reference signals between devices over a single network cable. Multiple high-resolution video and audio, including HD and 4K, can be synchronously transmitted to multiple points, and the source video can be switched smoothly with no switching noise. The system allows for easy conversion into current and future formats and is easily extendible. Sony is actively developing this technology, with the launch of an IP Interface Module, SDI-IP Converter, Network Manager software and various other broadcasting equipment that uses IP technology as it moves into 2014.

Overall, Sony's message at this press conference was: 4K is a done deal for live production. Cloud services are the future, and industry standard IP technology will be the framework we build future TV facilities around.

Nothing here that will stop the Earth on its axis; but a lot that will change it significantly over time.