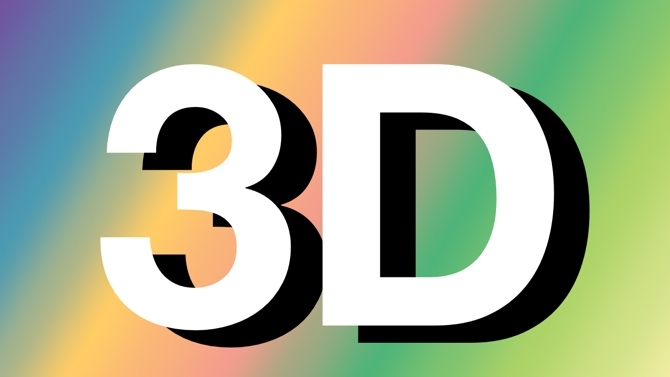 James Mathers, Cinematographer and President of the Digital Cinema Society, writes about the state of 3DTV in the Post London Olympic era

According to the network, NBC's coverage of the 2012 London Games was the most-watched television event in US history with 219 million Americans watching the Games over the course of 17 days of primetime coverage. 3D coverage was carried by all the major providers including AT&T, Cablevision, Comcast, Cox, DIRECTV, Time Warner, and Verizon, making it theoretically available to 80 percent of U.S. TV households. Although successful for NBC, there were many complaints, mostly regarding the tape delay, which allowed the programming to play in more valuable U.S. time slots. This was especially true for 3D, which for whatever reason was sometimes delayed up to an additional day.

These types of spectacle events are routinely viewed by a larger living room audience at each domestic location, while most families only own two sets of 3D glasses. So, whether due to being robbed of the excitement of watching truly live coverage, or the restraint of having to watch with a limited number of glasses, the fact remains that 3D viewership was not as large as it could have been. Exact numbers for domestic US 3D viewers is always difficult to quantify; popular outlets such as ESPN 3D, Wealth 3D and DIRECTV are not measured by Nielsen, and refuse to share viewership statistics. Instead, they speak only to potential viewers as per Bryan Burns, ESPN Vice President, strategic business planning: “ESPN 3D is available to more than 60 million homes throughout the country.”

Not complicated by the myriad of international providers  and various tape delays, Great Britain, where 3D broadcast is readily available and virtually live, provides a better comparison. Only 113,000 viewers watched the Olympic opening ceremony there in 3D compared to almost 27 million in 2D. Overall, the 3D share of viewers was some 0.4 percent: pretty small in comparison to the 2D figures, and surprisingly only half of the available 3D TVs in the UK were used to actually watch in 3D.
It was certainly an Olympian task, bravely taken on by Panasonic, who footed the bill for over 300 hours of 3D coverage coming from 50 3D cameras handled by 80 specially trained personnel, all in hopes of spurring 3DTV momentum. According to Panasonic CTO Eisuke Tsuyuzaki, such efforts are a long-standing tradition for the company in the launch of important new technology: “Every time that we bring a technology to the Olympics, it’s getting one step closer to prime time and one step closer to mainstream”. This effort to jump-start 3DTV is laudable, but I don’t think Panasonic can do it alone, and neither do they. Indicating that they are stepping back from leading the charge, Mr. Tsuyuzaki said: “Going forward... everyone needs to have some skin in the game... it is going to take a very long time for this to grow, [and Panasonic is] not in the content business.” Meanwhile, DIRECTV recently cut back its n3D channel, the first 3D channel intended for 24/7 broadcasting, to a part-time schedule, presumably due to a lack of sufficient 3D content.

Where's the profit in 3D TV?

While sales of 3D-ready TVs in the U.S. are expected to reach the cumulative 7 million unit mark by the end of this year, profits from the sale of all TVs have been abysmal with units regularly selling below their cost of manufacture. Whereas 3D was thought to be a profit booster, adding to the sales price, but costing the manufacturers very little; the reality has been much different. Due to fierce competition, this feature ends up being thrown in, or added at a very nominal charge that barely covers the cost of the included glasses. Many millions of consumers who have 3D-ready TVs don’t value the feature enough to also pay for a service that will provide 3D programming. It’s a classic Chicken or the Egg scenario; with a dearth of good content available, not many will pay to see the same 3D programs re-run ad infinitum. Yet cable providers and broadcasters are afraid to sink too many resources into creating content when there are so few viewers willing to pay for it.

With the transition to Digital TV there was a lot of encouragement from the United States Government, even going so far as to set a mandatory date to force the changeover. Some say this is because they were eager to auction off the unused spectrum space which had previously been used for analog broadcasting. Whatever the reason, broadcasters had to be dragged into Digital TV, but the only push for 3DTV has been consumer demand, which had not been very strong. Viewership, although growing, has still been disappointing. For Panasonic to have primed the pump as they did with their Olympic investment, the hope was obviously to get the ball rolling, but more momentum may still be needed.

Besides the grousing about the tape delay, there were also some complaints heard about 3D pop-up ads, but those who did manage to view the Olympics in 3D had generally positive reviews. They praised the immersive effect, especially for such relatively intimate events as Judo, close-in Gymnastics, and Fencing, which allowed them to feel more involved. But keep in mind that this was my informal survey of 3D aficionados, many of whom work in the field. So what about the average household? Ask most viewers, all other factors being equal, and I think a majority would choose to watch 3D if the sets were lined up side-by-side. It’s more a question of who actually cares enough to go out of their way to watch 3D programming.

Part of this apathy is an aversion to 3D glasses, a bigger barrier than anyone ever anticipated. However, auto-stereoscopic, (or “glasses-free”) solutions are starting to come to the fore, and it shouldn’t be too long before they are commercially available at competitive prices. So, perhaps the long term prospects for 3DTV are more positive, but the knowledge that such technological advancements are coming soon may also lead consumers to hold back on 3DTV purchases while waiting for this crucial development, which in the short-term would delay the widespread adoption of 3DTV. For now, 3DTV seems to have cooled; networks have cut back their 3D operating hours, and although by year end there will have been some 7 million 3DTVs sold, and just about every new Blu-ray player is 3D ready, not many are bothering to watch.

It’s a different story in the feature world where 3D has had more early success. With the exception of Christopher Nolan, most major Filmmakers have successfully embraced 3D for their tent pole features including everyone from James Cameron to Martin Scorsese, Ridley Scott, Michael Bay, and Peter Jackson. Although still not up to the high plateau set by “Avatar,” the highest grossing motion picture of all time, 3D has significantly added to the bottom line of many 3D movies by allowing for premium ticket prices, far in excess of the extra cost of producing or exhibiting 3D.

Quality narrative fare seems to draw an audience, and TV sales figures tell us that there are millions of potential 3DTV viewers just waiting for material that will prod them to sign up for service. So how about someone create some quality dramatic content specifically designed for 3DTV? It would seem to make sense, but with 3DTV providers offering less than what is usually paid for traditional 2D content, the challenge is how to pay for it. A couple of friends, and fellow DCS members, Wayne Schoenfeld and Anthony Coogan, have a different approach: KICKSTARTER.

Writer/Producer, Coogan has been active in 3D production for several decades and Schoenfeld is a semiretired entrepreneur who has been involved in everything from building airlines to developing key technology in the field of Digital Cinema, which he sold to Technicolor. As an outgrowth of Schoenfeld’s fine art photography, which he uses to fund his many philanthropic pursuits, they have come up with a proposal for a 3DTV series that will have the same quality and high production value as any TV or premium cable network. The proposed series, entitled “Sawdust” will revolve around one of Schoenfeld’s favorite photographic themes, a traveling Depression Era Big Top Circus. Although they don’t brag about it on KICKSTARTER, perhaps one of the best aspects is that if the project is successful, a third of all proceeds have been pledged to EXEKO an international children’s charity which supports such projects as building orphanages for the children of AIDS victims in Africa. Check out the KICKSTARTER page to find out more and enjoy some of Schoenfeld’s images:

The traditional advertiser supported broadcast model doesn’t seem to be enough to successfully launch stereoscopic television. In my view, 3DTV is here to stay, and although it may be off to a slow start, once the proper business model is in place, and viewers can ditch those pesky glasses, we will see a very rapid adoption in home entertainment. In the meantime, I give a lot of credit to those who are thinking differently, and trying to raise the bar for quality content.