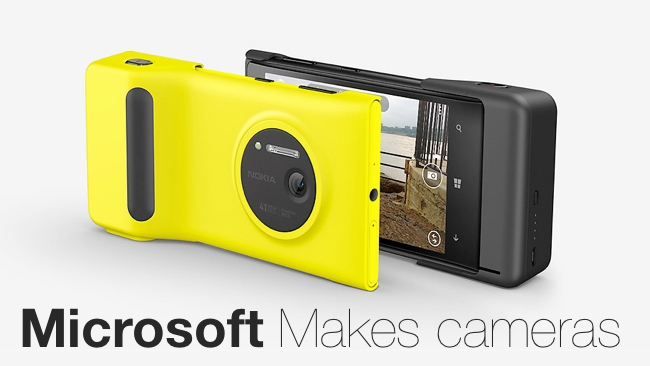 Microsoft has done a deal with Nokia to buy their phone business. Nokia phones have the best in-phone cameras. Where could this be leading?

When we heard the news this morning that Microsoft has a deal with Nokia to buy their phone business, it occurred to us that because Nokia makes by far the best camera phones in the business, Microsoft is about to become a camera company.

We're really not sure whether this means anything at all, but we think it is very significant that Nokia has spent so much money and research effort into building a fundamentally new type of phone camera - one with a 41 megapixel sensor (that's bigger than 8K!) that allows "perfect" digital zooming, or simply very good pictures down-sampled from a very high resolution.

The verdicts are in on Nokia's 1020 phone, and the consensus seems to be that this is the best camera phone you can buy. The video is good too.

The question is whether this technology will turn out to be an evolutionary dead-end, or perhaps might grow into something even greater.

There's no doubt that it will give Microsoft's "Nokia" phones an advantage in an ultra competitive marketplace.