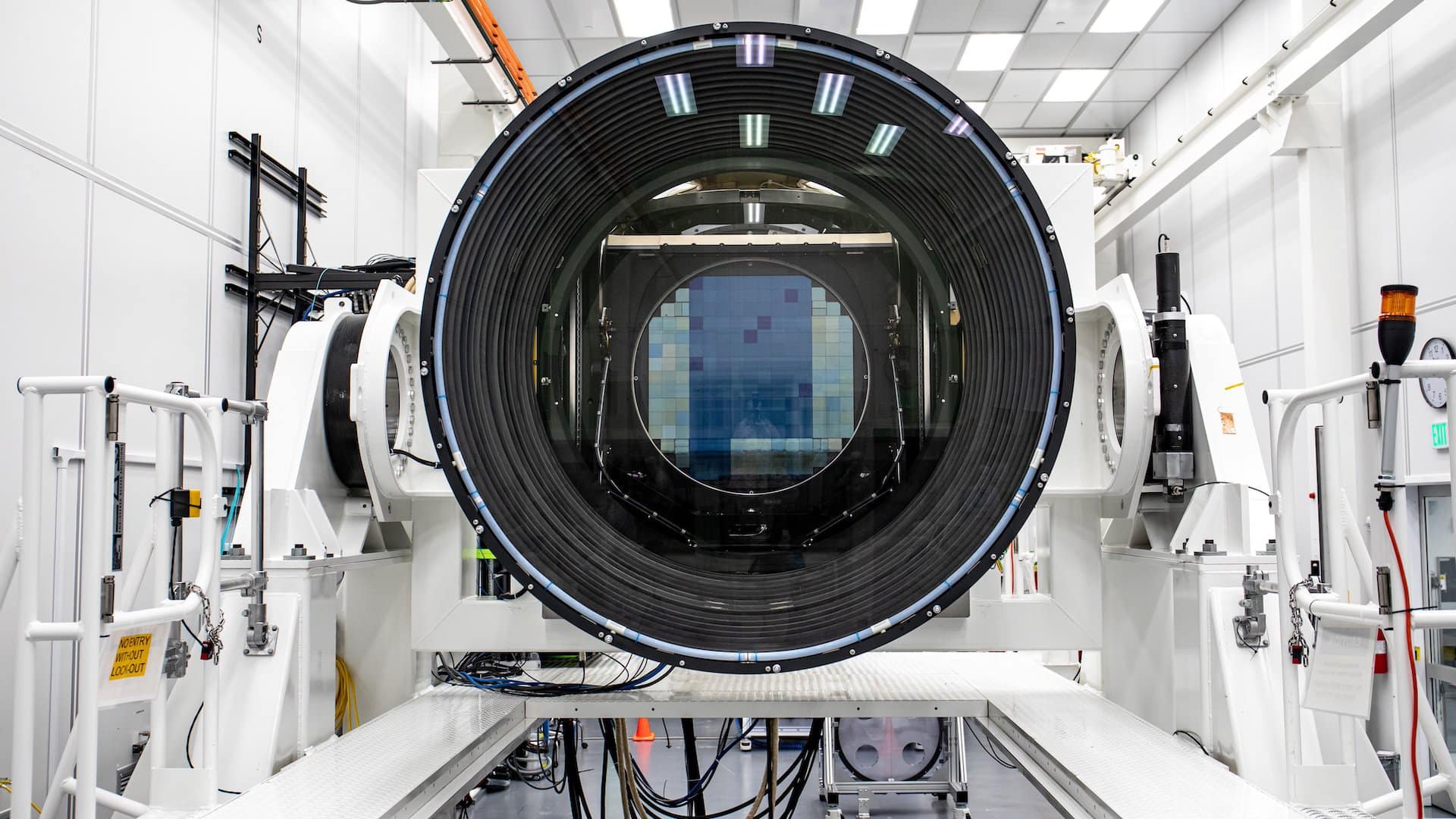 The camera that will sit atop the Vera C. Rubin Observatory in Chile is an absolute 3200 megapixel monster.

The LSST Camera currently being built for the Vera C. Rubin Observatory in Chile is enormous whichever way you look at it. It weighs 3 tonnes, it's two stories tall, and, in case you were wondering, 3200 megapixels is more conventionally written as 3.2 billion pixels. An 8K image contains 33,177,600 pixels, making the LSST extremely close to 1000x larger. That is a lot of camera, even for the $168m it has cost to build so far.

The 8.4-meter Simonyi Survey Telescope it will be mounted on uses a special three-mirror design, which creates an exceptionally wide field of view, and has the ability to survey the entire sky in only three nights.That generates a lot of data, roughly 20TB every night as a result.

As PetaPixel relates, it is made up of 189 CCDs arranged in a total of 21, three-by-three square arrays mounted on platforms called rafts, and operates at a cooled -100℃ to reduce noise. The lens is similarly massive at 1.57-meters (five feet) across, and was recognized as the largest in the world by the Guinness Book of World Records on completion by Ball Aerospace and Arizona Optical Systems in 2019.

So, what's it all for? The 10-year Legacy Survey of Space and Time (LSST) project aims to deliver a 500 petabyte set of images and data products that will address some of the most pressing questions about the structure and evolution of the universe and the objects in it. The Rubin Observatory LSST is designed to address four main science areas:

So far the camera alone has taken seven years to build and is currently scheduled to make its journey from the SLAC National Accelerator Laboratory just outside San Francisco to Chile in late spring next year. First images are expected in 2024.